Appreciation. What you appreciate in others, appreciates in you and your company 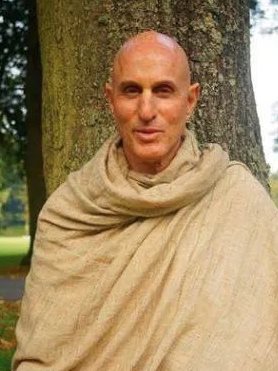 Appreciation only costs you a few words, but what it buys is priceless. When Dale Carnegie said to be appreciated is the greatest human need, those who paid attention found appreciation one of the greatest motivating forces known to man. Years of research has taught us this important lesson: if you don't pay people enough that they feel secure in life, you will get a small percentage of their creative abilities because they are worried about their future. So, it would seem logical that if those people were paid enough, you would tap into their full creative potential. The r...

How Your Beliefs Affect Your Commitments The Soul is Made of Faith. In this article I use the word belief as “a feeling of certainty about what something means.” I discuss how this feeling of certainty affects the way you look at things, and the way you look at things affects your actions. Therefore, in this sense things are less the way they are and more the way we are. Belief is fundamental to consciousness. In Chapter 17 verse 3 of the Gita, Krsna says the atma is made of faith. If someone doesn’t believe that the atma is made of faith, it just means they have faith (th... Fault finding is natural for the conditioned soul. We don't have to learn how to do it or take training to get better at it. In fact, for many people it is an addiction which gives them some form of perverted pleasure. We could call this the Ramacandra Puri complex. Ramachandra Puri was a contemporary of Lord Caitanya. He had an intense need to fault find. He took delight in finding faults in others, even where there were no faults. Fault finding was his life and soul. Fault finding can be so addicting that some people have to get their dai...

Transforming Your Workplace into the Spiritual World 1. When taking over a position, department, project, preaching center, temple, etc., to immediately begin making drastic changes. 2. To play favorites or to speak against or criticize certain sections of devotees. 3. To do or say anything that will instill a lack of trust in a devotee's spiritual master. 4. To not give devotees facility to offer suggestions and ideas, voice opinions, or express observations in a way that will be given attention and be responded to. 5. To expect devotees to be enthusiastic about a service that you either do not encourage or facilitate. ...

Confessions of a Japa Retreat Junkie 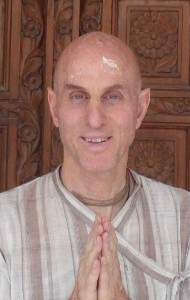 I admit it. I’m addicted. But it’s not my fault. Really, I am innocent. I was simply asked to co-facilitate some japa retreats and workshops and I innocently accepted. And now I’ve become a japa retreat addict. I drop whatever I am doing and go to the next retreat or workshop. The Holy Name is the Most Valuable Possession I Have Without the holy name I would practically have no spiritual life, no real happiness, no intimacy with Krsna, no peace of mind, and no ability to control my senses. M... I happily and enthusiastically welcome the holy names every japa session. I easily chant my prescribed number of rounds with focus and attention. When I chant, I chant. I get to chant, I want to chant, and I love to chant. I treat the maha-mantra as Radha and Krsna, fully present in sound. I receive and feel Krsna's presence, mercy and love in His holy names. I chant in full awareness that the holy name is my greatest treasure. Prabhupada says that generally divorce is the woman's fault. Chastity is one of a woman's most important virtues, so husband and wife should not divorce. The premise of my article ‘Husband as Guru’ was that men are rarely entirely innocent. Some said this contradicts Prabhupada. I still stand by my statement. Yet, I do not agree I have contradicted Prabhupada, for by saying "generally," Prabhupada doesn't deny that men can have their share of responsibility in a divorce.

" Is Self Compassion Bonafide" The Nectar of Devotion asks us to be patient, or dhairyat (verse 3). And Prabhupada talks much about the necessity of patience to be successful. Who must we be patient with? This verse is referring to being patient with ourselves. Why? Because we often fail, and if we give up, we lose. Prabhupada said that if we lose enthusiasm, everything is finished. So self-hate can cause one to lose patience with oneself and thus feel like giving up. We need to patience with ourselves to remain encouraged to go on enthusiastically with our bhakti. Sometimes devotees lack en...

My Initial Response to the Concerns of HH Bhakti Vikash Swami I welcome the opposition and the opportunity to discuss issues of male/female relationships because in Iskcon, our marriage tract record is not good and if our discussion can help improve our marriages, then such discussion is welcome. So I am glad to have raised a few eyebrows and that I thus received the opportunity to address, in depth, the roles of men and women and their effects on marriage.