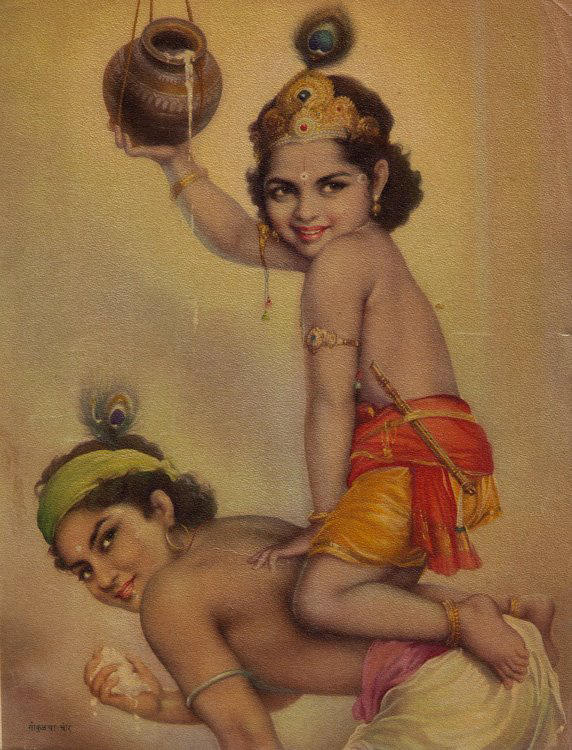 I’m out traveling again, and yesterday our party visited the University of Santa Barbara in California. After a full day of sankirtan, it was time to go back to the van. So, praying to do something to please my spiritual master and Krsna, I decided to try to distribute one more book. As I passed by a young couple, I didn’t even seriously approach them because they appeared to be stereotypical athlete-cheerleader people. At this point I was just hunting for an obvious sweetie. Anyway, as I walked by them I smiled at them, raised my arms, and proclaimed, “Krishna Krishna!” Then I tentatively pushed the books in their direction.

To my surprise, the girl was spontaneously drawn in, like iron to a magnet, and grabbed a book. The boy followed suit and grabbed the other book. I briefly explained who I was and what the books were all about. They both took a book, and she gave an exceptionally large donation. She eagerly asked, “You said ‘Krishna Krishna!’ right? I’ve been learning about Krishna in my ‘Hindu Gods & Goddesses’ class, and I LOVE Him! He’s my favorite.” In fact, she told me, she wanted to visit India, study Hindi and Sanskrit, and learn more about the whole culture. I told her about my visit to Sri Vrindavan Dhama, which put her into some kind of transcendental ecstasy. She went wild. She had apparently learned about Krishna’s land of Vraja.

I showed her the place in the sixth chapter of the Gita where Krsna says how in their next life yogis will automatically revive their dormant divine consciousness and become attracted to yogic principles, and she was intrigued.

Finally, she asked for my name and I told her: “Krishna Kumara dasa – servant of baby Krishna.” Then she became even MORE ecstatic. “BABY KRISHNA IS MY FAVORITE!! I love when he steals butter and plays with his cowherd friends and plays tricks on everyone. That’s so sweet.”

Overwhelmed, I gave her a Srimad-Bhagavatam 1.1 (so she could learn more about Krishna, the Supreme Personality of Godhead) and an auxiliary CD. Then she gave an even larger donation, and finally, in great spirits, we all parted ways.

I never expected to encounter such enthusiastic appreciation for Krishna and Krishna-lila from a cheerleader-type on an American university campus. Gauranga!

Good and Faithful
What to Pray For and How Krishna Reciprocates With Our...

What do they do early morning in Vrindavan? Parikrama (Album…