More questions for the GBC 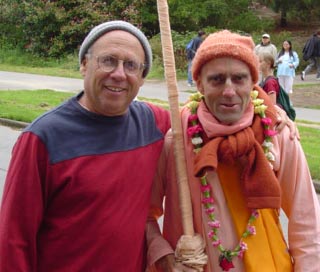 More questions for the GBC

SB 5.26.11 states: “In this life, an envious person commits violent acts against many living entities. Therefore after his death, when he is taken to hell by Yamaraja, those living entities who were hurt by him appear as animals called rurus to inflict very severe pain upon him. Learned scholars call this hell Raurava. Not generally seen in this world, the ruru is more envious than a snake.”

It is obvious that those who commit violent acts on others should suffer a punishment. But, it says that, “those living entities who were hurt by him appear as animals called rurus to inflict very severe pain upon him.” The question is, why should those who were the victims should be forced to appear as animals who are lower and more envious than snakes? What did they do to have to be forced to take birth in hell and in those forms? After all, they were the victims?

This section of the Bhagavatam is concerned with people who are cruel to animals. Thus for the animal victim to become a Ruru is not such a big drop in status. Also, these verses describe hellish punishments, rather than full lifetimes. In other words, the animal victim takes a special form to punish its abuser. This revenge takes a relatively short amount of time, much less than a normal lifetime. Then the animal victim continues with its normal transmigration through various species of life.

Is it proper to touch a sannyasi’s feet?

Should we hate the mind?