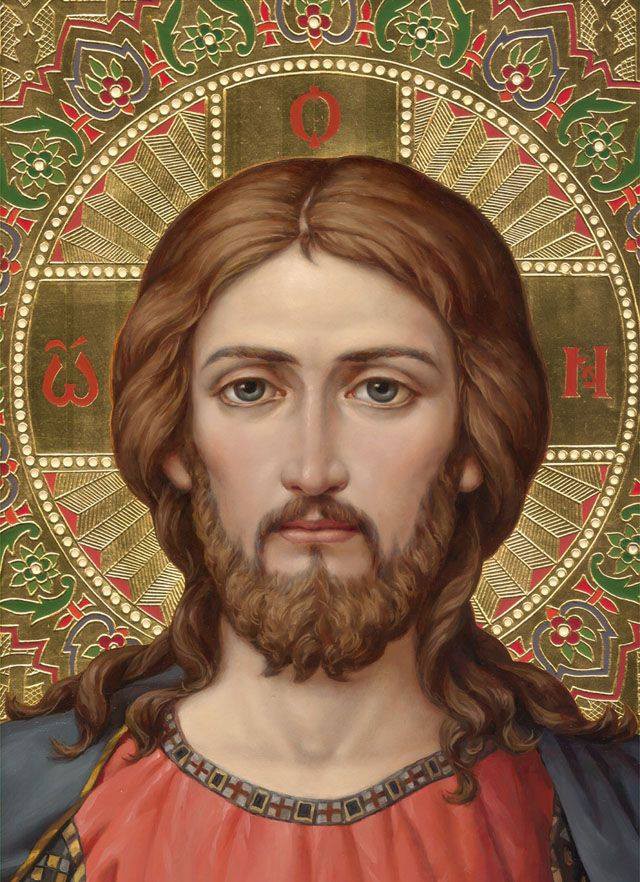 Since Christmas is just a few days away, I thought it would be appropriate and enlightening to look at Prabhupada’s views on Christmas and Christ.

May you always think of Krsna,

Prabhupada didn’t see Christianity, or any bona fide religion, as different from Vaisnavism.

“This awakening of pure love of God is the ultimate perfection of all bona fide religious principles including Christian, Judaic, Mohammedan, Hindu, etc. Just as it is recorded that Lord Jesus Christ said that the first commandment is that one should love God with all his heart, and soul and mind. Similarly Krsna instructs that everyone should surrender unto Him in love. Lord Jesus says that the first thing is to develop your love for God. Krsna is God. Krsna says to love Him only. So what is the difference between the original teachings of Lord Jesus Christ and Krsna?”

Prabhupada: Yes. I said in many lectures that Christianism means Vaisnavism.

When Prabhupada was asked about Christ, he typically said, “He is our guru.”

“Certainly he is the representative of God. Therefore we adore Lord Jesus Christ and offer our obeisances to him. Not only do we adore him, but he is our guru, our spiritual master.”

“Once, in Melbourne, a group of Christian ministers came to visit me. They asked, ‘What is your idea of Jesus Christ?’ I told them ‘He is our guru. He is preaching God consciousness, so he is our spiritual master.’ The ministers very much appreciated that.”

Prabhupada often wrote of the exalted qualities of Jesus.

“There are many examples in history of devotees of the Lord who risked their lives for the spreading of God consciousness. The favorite example is Lord Jesus Christ. He was crucified by the non-devotees, but he sacrificed his life for spreading God consciousness.”

When Srila Prabhupda spoke about tolerance and compassion, he often used the example of Jesus Christ.

“The Srimad-Bhagavatam states that any bona fide preacher of God consciousness must have the qualities of titiksa (tolerance) and karuna (compassion). In the character of Lord Jesus Christ we find both these qualities. He was so tolerant that even while he was being crucified he didn’t condemn anyone. And he was so compassionate that he prayed to God to forgive the very persons who were trying to kill him.”

It is the custom of Christians to celebrate Christmas with a turkey dinner. Prabhupada comments as follows.

Dr. Patel: These Christians, during the Christmas, they buy a turkey one month before…

Prabhupada: But that is not the injunction of Christ. They have made it.

Dr. Patel: No, no. That cannot be injunction of a saint like that.

When speaking to Christians, Prabhupada often only spoke about how meat-eating was against the teachings of Christ – and against any spiritual teaching.

“Lord Jesus Christ exemplified this by teaching, ‘Thou shalt not kill.’ But the Christians like to misinterpret this instruction. They think the animals have no soul, and therefore they think they can freely kill billions of innocent animals in the slaughterhouses. So although there are many persons who profess to be Christians, it would be very difficult to find one who strictly follows the instructions of Lord Jesus Christ.”

Most Christians object to this direct understanding of Christ’s commandment, preferring instead to interpret “kill” as “murder.” We should refrain, they say, from killing humans.

“If you want to interpret these words, that is something else,” Srila Prabhupada replies. “We understand the direct meaning. ‘Thou shalt not kill’ means ‘the Christians should not kill.’ You may put forth interpretations in order to continue the present way of action [animal slaughter], but we understand very clearly that there is no need for interpretation. Interpretation is necessary if things are not clear. But here the meaning is clear. ‘Thou shalt not kill’ is a clear instruction. Why should we interpret it?”

Christians do not fully understand the Bible verse, “As you sow so shall you reap.” Prabhupada explains, “God is very kind. If you want to eat animals, then He’ll give you full facility. God will give you the body of a tiger in your next life so that you can eat flesh freely. ‘Why are you maintaining slaughterhouses? I’ll give you fangs and claws. Now eat.’ So the meat-eaters are awaiting such punishment. The animal-eaters become tigers, wolves, cats, and dogs in their next life—to get more facility.”

Srila Prabhupada was once asked by a disciple how a Christian should behave. Prabhupada said he should act just like we do. He should follow the four regulative principles and chant the name of Christ. So we see that Prabhupada didn’t say that religious principles vary for different religions.

One of the ten offences to the holy name is to commit sin on the strength of chanting (to commit sin thinking, “I will become free from the bad reaction by chanting the holy name.”). Since Christians believe Christ will continuously free them from the reactions to all sins they commit, Prabhupada spoke strongly against this offensive mentality.

“According to Christian doctrine, Christians are free from the reactions to their sins because they have surrendered to Lord Jesus Christ and he has washed their sins away. In the Gita too, Lord Krsna, the Supreme Personality of Godhead, says that those who surrender to Him will be freed from sins.”

But what is surrender? If the spiritual master, Lord Jesus Christ, has suffered to free us from our sins, is it surrender to continue freely sinning?

Transgressions due to weakness may be understandable, but our weakness – Srila Prabhupada taught -should not become our vocation.

“Jesus Christ taught, ‘Thou shalt not kill,’ but his followers have now decided, ‘Let us kill anyway,’ and they open big, modern, scientific slaughterhouses. ‘If there is any sin, Christ will suffer for us.’ This is the most abominable conclusion.”

“A Vaisnava is unhappy to see the suffering of others. Therefore, Lord Jesus Christ agreed to be crucified—to free others from their suffering. But his followers are so unfaithful that they have decided, ‘Let Christ suffer for us and we’ll go on committing sin.’ They love Christ so much that they think, ‘My dear Christ, we are very weak. We cannot give up our sinful activities. So you please suffer for us.’”

This article is taken from a monthly newsletter by Mahatma Das called Illuminations. If you would like to read previous issues, or get on his mailing list, please go to www.mahatmadas.com.
You can also subscribe to his YouTube channel and watch lectures and kirtan at http://www.youtube.com/user/Mahatmadasa?feature=g-high-u

Krishna and Christ: Are they same or different?
Narada Muni’s mercy (video)Srimad Bhagavatam class by...