The wonderful devotee, Mother Vrajavadhu, who performed so much service, including faithfully sweeping the temple grounds in San Diego for decades until her body would no longer allow it, left this morning, a split-second after Carol Kanchanbala Blumert, whispered “Prabhupada” in her ear. Kanchanbala said, “Vrajavadhu, I just want you to know that you did so much service and Krsna loves you. Krsna is here with you and Prabhupada…” Right when she said “Prabhupada,” Vrajavadhu opened her mouth, breathed out, and she (the soul) left the body.

Mother Ladali Cabezas, who lovingly and selflessly cared for Vrajavadhu for so many years, was there during the departure, along with Kanchanbala devi dasi, Parasakti devi dasi and Michael Madhusudan Blumert. Srila Prabhupada was chanting from the iPod player. Vrajavadhu was sprinkled with Ganga water and Nrismha oil moments before her departure. Gaura Nitai deities and large photos of Srila Prabhupada and Sri Sri Radha Giridhari watched over her from throughout her room. Many devotees visited her over the past few days, chanting and reading to her.

Vrajavadhu was Srila Prabhupada’s oldest living disciple. She never forgot Srila Prabhupada and Lord Krishna even after dementia had set in. She would chant many rounds everyday, beyond her designated 16, because she often would forget to move her counter beads or forget that she had already chanted, so she just kept on chanting all day.

Recently, Vrajavadhu would ask Ladali and others if they heard the beautiful kirtan, but nobody else could hear it. Vrajavadhu was hearing kirtan in her head and she would often explain, in amazement, that it was sooooo beautiful and she said that it was a different tune than what we usually chant.

She often complained, for the past 5 years, because she had to stay in her body when it was so broken down and she could no longer do her favorite services of sweeping around the temple and feeding the seagulls the left over, old prasadam. She would say, “I just want to leave and go back to Krishna!”

The hospice staff were profoundly moved by Vrajavadhu, by the attitude and demeanor of all the devotees who visited and the by the kirtans. One of the staff vowed to become a vegetarian. What a glorious event. Mother Vrajavadhu was changing lives, simply by her presence, up to the very end of her time in that body.

Ladali explained that the hospice chaplain visited and said that Vrajavadhu was the first famous person they ever had at the hospice. He concluded that she was famous because she had so many visitors. Ladali explained that Vrajavadhu was famous because of her humble service to God and told him how she, without fail, swept the temple grounds everyday for decades and her humility made her famous. The chaplain teared up and quoted a Bible verse about humble service to God. Srila Prabhupada mercy is without boundaries.

Vrajavadhu has been an inspiring fixture in the San Diego Hare Krishna Temple community since the ’70’s and, although we know she is with Krishna as we speak or, at the very least, born into a family of extremely pure loving Vaisnavas for one final glorious life of service to Srila Prabhupada, she will be deeply missed. We will have a memorial for Vrajavadhu at 2:30 PM, before the Sunday Feast on July 28th. 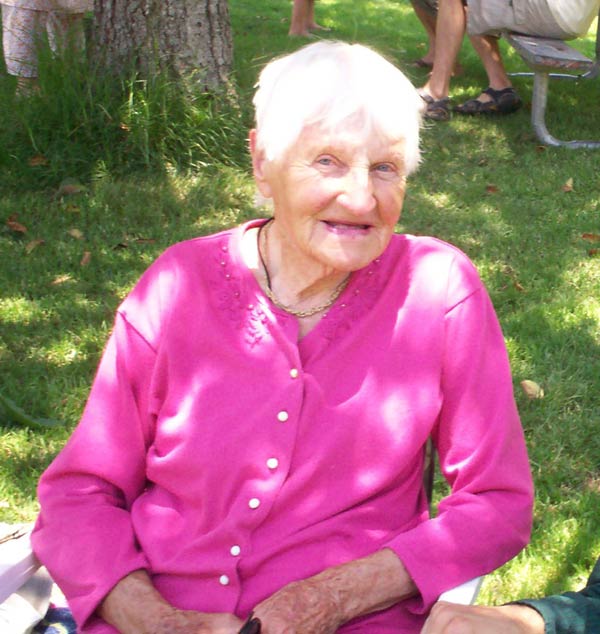 By Madhusudan das and Kanchanbala dasi

Srila Prabhupada’s oldest living devotee, Vraja Vadhu devi dasi aged 99, is now in hospice and will be leaving us soon. We would like the world wide community of devotees to pray for her safe journey to the Lotus Feet of Sri Sri Radha Giridhari. She has always been an extremely sincere and faithful daughter of Srila Prabhupada—always endeavoring to please him, following his teachings, and always doing service. She has continually spent most of her tiny income to support Krishna’s cows and not leaving much for herself. One of her uninterrupted services was sweeping around the temple grounds. She always made it a point to distribute the left over remnants of prasadam from the temple to the birds and animals in the forests and canyons of San Diego. She has been in San Diego many years and is a well loved member of the community. At this time groups of devotees have been with her either doing kirtan, reading, or chanting japa. We will all miss her dear association but we are happy for her as we’re sure she will be taken care of by Srila Prabhupada and Krishna. Her future is very bright.

We beg to remain your servants,
Madhusudan das and Kanchanbala dasi

On Grieving a Beloved Vaishnava

1 Comment to “ Mother Vraja Vadhu has left her body”