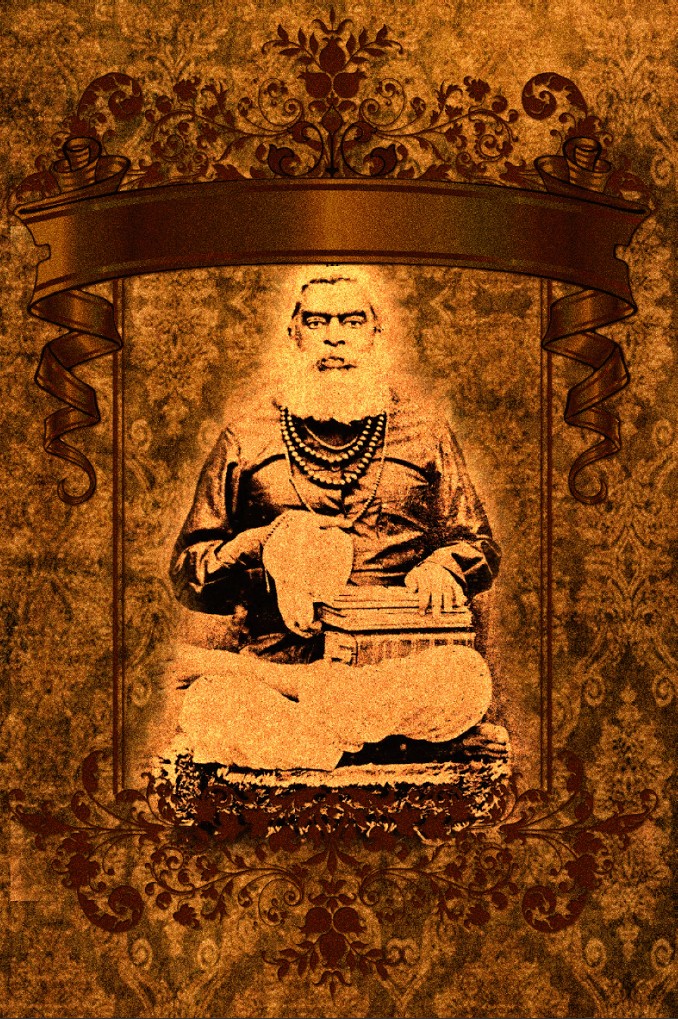 Today marks the anniversary of the birth—the appearance—of Srila Bhaktivinoda Thakura, “the pioneer of the program for benedicting the entire world with Krishna consciousness.” To honor the occasion, I would like to share a short piece I wrote about Srila Bhaktivinoda and Srila Prabhupada. We pray for their continued guidance and mercy.

“Dedicated to the sacred service of Srila Saccidananda Bhaktivinoda Thakura, who initiated the teachings of Lord Chaitanya in the Western world (McGill University, Canada) in 1896, the year of my birth.” These words are Srila Prabhupada’s dedication to Teachings of Lord Chaitanya, the first book he published after coming to America. They also apply to Prabhupada’s life, which was dedicated to the sacred service of Srila Bhaktivinoda Thakura, Sri Krishna Chaitanya Mahaprabhu, and his own spiritual master—Bhaktivinoda Thakura’s son—Srila Bhaktisiddhanta Sarasvati.

Srila Prabhupada furthered many of Thakura Bhaktivinoda’s projects: engaging householders in local preaching initiatives (nama-hatta); establishing the principle that Vaishnavas, even those not born brahmans, are greater than brahmans (and are brahmans too); translating, explaining, and publishing important Vaishnava scriptures for the understanding of the contemporary audience; implementing the vision of a wonderful temple and spiritual city in Mayapur; and, perhaps most significant, fulfilling the desire and prediction that the holy names and teachings of Sri Krishna Chaitanya—Krishna consciousness—be propagated all over the world.

In 1885, Srila Bhaktivinoda Thakura wrote, “Lord Chaitanya did not advent Himself to liberate only a few men in India. Rather, His main objective was to emancipate all living entities of all countries throughout the entire universe and preach the eternal dharma. Lord Chaitanya states in Sri Caitanya-bhagavata, ‘In every town, country, and village My name will be sung.’ There is no doubt that this unquestionable order will come to pass. . . . Although there is still no pure society of Vaishnavas, Lord Chaitanya’s prophetic words will in a few days come true . . .

“Very soon the unparalleled path of hari-nama-sankirtana will be propagated all over the world. . . . Oh, for that day when the fortunate English, French, Russian, German, and American people will take up banners, mridangas, and karatlas and raise kirtan through their streets and towns. When will that day come? Oh, for the day when the Western fair-skinned men, from one side, while chanting ‘Jaya Sacinandana ki jaya!’ will extend their arms and, embracing the devotees of our country coming from another side, treat us with brotherly feelings. When will that day be?”

In the caption to Bhaktivinoda Thakura’s photo in Teachings of Lord Chaitanya, Srila Prabhupada described him as “the pioneer of the program for benedicting the entire world with Krishna consciousness,” and he saw himself as the Thakura’s humble servant in that effort, fully dependent on his mercy.

So, it is by the mercy of Srila Bhaktivinoda Thakura, coming through parampara, through Srila Prabhupada, that we have been engaged in devotional service to Sri Chaitanya Mahaprabhu, His devotees, His holy names, His teachings, and His divine dhama—Mayapur.

In 1971, as a young devotee in Calcutta, I approached Srila Prabhupada and offered, “I have been trying to understand what your desire is. And two things seem to please you most: distributing your books and building the big temple in Mayapur.”

Prabhupada’s face lit up, his eyes opened wide, and he smiled. “Yes, you have understood.”

I did not know it then, but that desire for a big temple in Mayapur (and even for profuse book distribution) came from Thakura Bhaktivinoda. He had a vision of an effulgent city with a wonderful temple at its center, in Mayapur. And he wrote,

“An astounding temple will appear and will engage the entire world in the eternal service of Lord Chaitanya.” (Sri Navadvipa-Mahatmya, Parikrama Khanda, Chapter 4)

After my exchange with Srila Prabhupada, he spent several months in Europe and America and then returned to Calcutta with a design for the big temple. And in the meantime, Tamal Krishna Goswami had fulfilled Prabhupada’s longstanding, ardent desire to acquire some land in Mayapur. But there had been flooding in Mayapur, and the flooding there can be very severe. Therefore—although Prabhupada was so enthusiastic about the project and had struggled so hard to get the land in Mayapur and had personally brought the plans for the first building there—still, right when we were at the peak of our enthusiasm, he raised the question “What will happen if the Ganges floods? What will happen to the temple, to the project?”

Through his empowered service, Srila Prabhupada has made Srila Bhaktivinoda Thakura’s shelter available to all of us, and now we too are “dedicated to the sacred service of Srila Saccidananda Bhaktivinoda Thakura.” We beg and pray for pure devotional service under their lotus feet and depend fully on their mercy.

Yours in service,
Giriraj Swami