Who Should Give Bhagavatam Class? 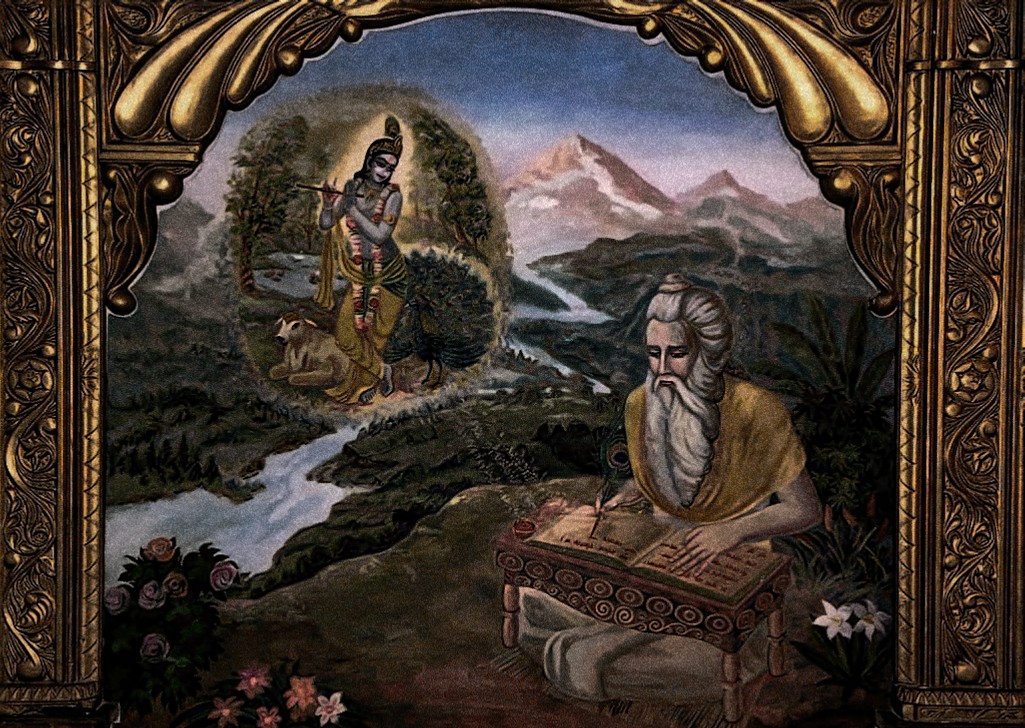 In response to a few devotees asking me questions on what exactly are the qualifications for giving the Bhagavatam class, I compiled a few quotes for them. I thought it might be useful for the wider devotional community also. I hear many complaints from devotees such that, “They won’t let me give class!” “They threw me off the class roster!” “Why is he giving class? He doesn’t follow the principles!” “Can’t I give class? How can I get to give class?” “Can he say that while giving class? Is that bona fide?”

My intention is to clear doubts, not stir up argument. Thus I have just presented Srila Prabhupada’s exact words on this topic.

Hope this can help others in our ISKCON community.

Srila Prabhupada instituted the daily Srimad Bhagavatam class as an essential pillar for ISKCON’s preaching movement. He also left us with many instructions on how we can best benefit from this class. The importance of hearing properly from proper sources is always emphasized by Srila Prabhupada. The first duty, of someone who wants to get the right information in the right way, is to select a proper speaker to hear from: “Therefore, first one should select a competent and bona fide speaker and then hear from him.” (SB 1.8.36). However, we see many different types of speakers of all kinds in ISKCON temples and, because many devotees remain unaware of the necessary qualifications for selecting a speaker for Srimad Bhagavatam class, they may fail to select speakers of the appropriate standard. So, in order to remind everyone of Srila Prabhupada’s merciful instructions on this matter, here are some references to inform their decisions on who exactly should be selected to speak to the assembled devotees in ISKCON temples. Many devotees may be surprised at the standard required.

“According to the Vedic injunctions: yasya deve para bhaktih. Srimad-Bhagavatam can only be recited by one who has unflinching faith in the lotus feet of Krsna and His devotee, the spiritual master. One has to understand Srimad-Bhagavatam through the process of devotional service and by hearing the recitation of a pure devotee. These are the injunctions of Vedic literature – sruti and smrti.” (CC Madhya 22.131

“Nowadays it is fashionable to observe Bhagavata-saptaha and hear Srimad-Bhagavatam from persons who are anything but advanced devotees or self-realized souls”. (CC Antya Lila 13.113)

“One cannot explain about the Lord or His devotee unless one happens to be a pure devotee himself.” (SB 3.13.4)

“Unless one is personally a realized soul in the science of Krnna consciousness, a neophyte should not approach him to hear about the Lord, for this is strictly forbidden by Srila Sanatana Gosvami, who quotes from the Padma Purana.” (SB 10.1.4)

“Those who are not vainnava, those who are not devotees, one should not hear from them. It is useless. It is useless, waste of time…Similarly, as soon as a professional reciter or a avainnava reciter, without any realization, without being a devotee of the Lord cites, recites, that should not be heard. That is restricted by Sanatana Gosvami… Because you’ll not derive any benefit. You go on hearing for thousand of years. Thousands of years, still you’ll remain where you were in the beginning.” (NOD, Bombay, Jan. 10, 1973)

“One can certainly see directly the presence of Lord Sri Krnna in the pages of Bhagavatam if one has heard it from a self-realized great soul like Sukadeva Gosvami. One cannot, however, learn Bhagavatam from a bogus hired reciter whose aim of life is to earn some money out of such recitation and employ the earning in sex indulgence. No one can learn Srimad-Bhagavatam who is associated with persons engaged in sex life. That is the secret of learning Bhagavatam. Nor can one learn Bhagavatam from one who interprets the text by his mundane scholarship. One has to learn Bhagavatam from the representative of Sukadeva Gosvami, and no one else, if one at all wants to see Lord Sri Krnna in the pages. That is the process, and there is no alternative.” (SB 1.3.44)

“A gosvami, or the bona fide representative of Sri Vyasadeva, must be free from all kinds of vices. The four major vices are (1) illicit connection with women, (2) animal slaughter, (3) intoxication, (4) speculative gambling of all sorts. A gosvami must be free from all these vices before he can dare sit on the vyasasana. No one should be allowed to sit on the vyasasana who is not spotless in character and who is not freed from the above-mentioned vices. He not only should be freed from all such vices, but must also be well versed in all revealed scriptures or in the Vedas.” (SB 1.1.6)

“There are various rules and regulations which one should follow. And one should constantly hear Bhagavad-gita and Srimad-Bhagavatam from pure devotees.” (Bg 12.9)

“Similarly, Srimad-Bhagavatam, the postgraduate study of the science of Godhead, can only be learned by studying it at the feet of a realized soul like Srila Vyasadeva.” (SB 2.1.8)

“So nanta-prayenu abhadrenu nityam bhagavata-sevaya [SB 1.2.18]. Nityam. This point we have discussed. The Bhagavata has to be studied from a person bhagavata. Bhagavata-sevaya. Tad viddhi pranipatena pariprasnena sevaya [Bg. 4.34]. One has to learn Bhagavatam from a person you can surrender. …There is no other alternative.” (SB 1.2.19 Vrndavana, Oct. 30, 1972)

“So the easiest process is simply hearing. Hearing of this Bhagavad-gita or Srimad-Bhagavatam from the realized person, that will train up oneself, one, into the thoughts of the Supreme Being twenty-four hours, which will lead one ultimately, anta-kale, to remember the Supreme Lord, and thus leaving this body, he will have a spiritual body, a spiritual body, just fit for association with the Lord.” (Lecture, New York, Feb. 19-20, 1966)

“It is the duty of the sane to hear Srimad-Bhagavatam from a self-realized soul and not be duped by professional men. One should continue such hearing till the end of one’s life so that one can actually have the transcendental association of the Lord and thus be liberated simply by hearing Srimad-Bhagavatam.” (SB 2.8.3)

“Sri Caitanya Mahaprabhu has therefore advised us to hear the glories of the Lord from a realized person (bhagavata paro diya bhagavata sthane). It is the injunction of Sanatana Gosvami that one should hear Vedic literature, Bhagavatam, Bhagavad-gita, from the realized person. Sri Sanatana Gosvami says, … one should not hear hari-kathamrtam from a non-realized avainnava.” (SB 1.1.3 Feb. 24, 1975)

“God has given you the ear. Simply you sit down and hear from a realized person. … You can remain in your position, but try to hear the transcendental message from realized soul. Then gradually you will be enlightened and you will be free from this knot, this material bondage.” (Lecture, SB 1.2.15, LA Aug 18. 1972)

“Now the question is: from whom to hear? So in the sastra it is said, san-mukharitam: “You have to hear from realized saintly person.” It is said in the Bhagavad-gita,

You have to hear from a person who has seen or who has understood the Absolute Truth and who is tat, sad-guru. He must be a devotee of the Lord.

Just like milk: it is very nice food, but if it is touched with the lips of a snake, it becomes poisonous. Therefore it is concluded that we have to hear the transcendental message of Krnna from a realized soul, a devotee. So this hearing process is recommended, that you should hear from a realized person who is sadacara-sampanna-vainnava. So who is a bhakta? Because you have to learn from a bhakta, so who is a bhakta? That is also described. So it is stated in the sastras and the Gosvamis as sarvopadhi-vinirmuktam tat-paratvena nirmalam: [Cc. Madhya 19.170] “Anyone who has no more designation and he is pure from material contamination.” (Lecture, SB 6.1.15 Nellore, Jan. 8, 1976)

“The Vedic literature is also understood by hearing from the bona fide spiritual master. Satam prasangan mama virya-samvido bhavanti hrt-karna-rasayanah kathah [SB 3.25.25]. Unless you hear from realized soul, it is not possible. Simply by speculation it is useless waste of time. Tenam klesala eva sinyate. After hearing for many, many years the Vedas from the non-realized soul, simply hearing from this hole of the ear and going out from the other hole—that kind of hearing will not help us.” (Lecture, Bg 13.18 Bombay, Oct. 12, 1973)

“Concerning the study of Srimad-Bhagavatam, Sri Caitanya Mahaprabhu clearly advises that one avoid hearing from a non-Vaisnava professional reciter… Therefore we advise that anyone who wants to learn Srimad-Bhagavatam must approach such a realized soul.” (CC Antya Lila 13.113)

“One has therefore to learn from Krsna directly or from a pure devotee of Krsna — and not from a nondevotee upstart, puffed up with academic education.” (Bg 7.1)

“No learned man should be willing to hear a person who does not represent the original acarya.” (SB 1.4.1)

“They (sages) were not interested in hearing it from a bogus person who would interpret in his own way to suit his own purpose.” (SB 1.4.2)

“One can attain to the highest perfection of life simply by attentive hearing of the transcendental pastimes of the Lord from the right sources, as Sri Narada heard them from the pure devotees (bhakti-vedantas) in his previous life….Krnna is there. You haven’t got to search out Krnna. He is already within you. Simply He wants to see whether you are sincere. That’s all. You cannot deceive, you cannot deceive Caitanya, Krnna. He is always present. Anumanta, upadranta. In the Bhagavad-gita, He is upadranta. So srnvatam sva-kathah krnnah punya-sravana-kirtanah. If you simply hear about Krnna from the lips of pure devotees, then it is punya. Ceto-darpana-marjanam bhava-maha-davagni-nirvapanam [Cc. Antya 20.12]. It will cleanse your heart. It will cleanse your heart. (SB 1.5.26)

This is the secret of success:

“The secret of success is to receive the sound from the right source of a bona fide spiritual master.” (SB 2.9.8)

“The secret of success in the cultivation of Krsna consciousness is hearing from the right person.” (SB 4.29.39)

“In other words, when a pure devotee speaks, his words act upon the hearts of the audience. What is the secret of hearing and chanting? A professional speaker cannot impress transcendental ecstasy within the hearts of the listeners. However, when a realized soul who is engaged in the service of the Lord is speaking, he has the potency to inject spiritual life within the audience. One should, therefore, seek the association of such pure, unalloyed devotees, and by such association and service a neophyte devotee will certainly develop attachment, love and devotion for the Supreme Personality of Godhead.” (Lecture, SB 09-26-74, Calcutta)

Persons who hear from a spiritual master with great labor and for a long time must hear from the mouths of pure devotees about the character and activities of pure devotees. Pure devotees always think within their hearts of the lotus feet of the Personality of Godhead, who awards His devotees liberation. (SB 3.13.4)

Tattva-darsi, one who has seen things as they are. Go there and take knowledge from him, not from one who is speculating. This is the Vedic process. Therefore it is called sruti. (Purport to Parama Koruna, Atlanta, February 28, 1975)

“However, for hearing to be effective, the speaker MUST be transcendental, a pure devotee. The speaker of transcendental sound vibration MUST BE AKINCANA if he is to remove the sense of false proprietorship in the members of his audience.”

Sickness A Friend and Teacher
Does One Man’s Mistake Make Many Culprits?

28 Comments to “ Who Should Give Bhagavatam Class?”