Predictions about Kali yuga that seem to be manifesting 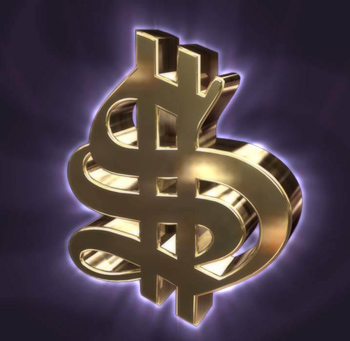 Among the most striking of these passages from the Vedic sastras are the following:

In the Kali Yuga, wealth alone will be the deciding factor of nobility [in place of birth, righteous behavior or merit].And brute force will be the only standard or deciding what is righteous or just.

Mutual liking [and not family pedigree, social status, etc.] will be the deciding factor in choosing a partner in marriage; cheating will be the order of the day in business relations; satisfaction of sexual pleasure will be the only consideration of male or female excellence and worthiness; and the wearing of the sacred thread (Yajnopavita) [and not pious behavior or Vedic or Shastric learning] will be the outward index of being a Brahmin.

In the Kali Yuga, only one quarter of each of the four feet of Dharma [penance, truthfulness, compassion and purity] remains. And that too goes on decreasing day by day while the feet of Adharma [unrighteousness] increase greatly. So that in the end Dharma becomes extinct.

In that [Kali] age, people will be greedy. They will take to wicked behavior. They will be merciless, indulge in hostilities without any cause, unfortunate, extremely covetous for wealth and women. High social status will be attained by Sudras, fisherman and such other classes…

Countries will be laid waste by robbers and vagabonds; the Vedas will be condemned heretics; kings will exploit their subjects, and twice-borns like Brahmanas will only think of the gratification of their sexual desires and other appetites.

Celibates [of the brahmacarya ashrama] will cease to observe their vows of study, purity and celibacy; householders will take to begging [instead of giving alms]; hermits [of the vanaprastha ashrama] will resort to villages [leaving their retreats in the forests]; and sannyasins will be extremely greedy for money. [ In short, the whole system of the Varnashrama Dharma will have broken down.]

Petty – minded people will conduct business transactions and merchants will be dishonest.

In the Kali Yuga, men will abandon their parents, brothers, friends, and relatives. They will occupy high seats [and pulpits] and will [pretend to] preach religion.

People will have their minds weighed down with constant anxiety and fear. This will be due to devastating famines and heavy taxation. The land will not grow food-crops, and the people will always be in fear of impending droughts. ( Bhagavad Gita 3:24, 25, 30-3, 35, 37-9)