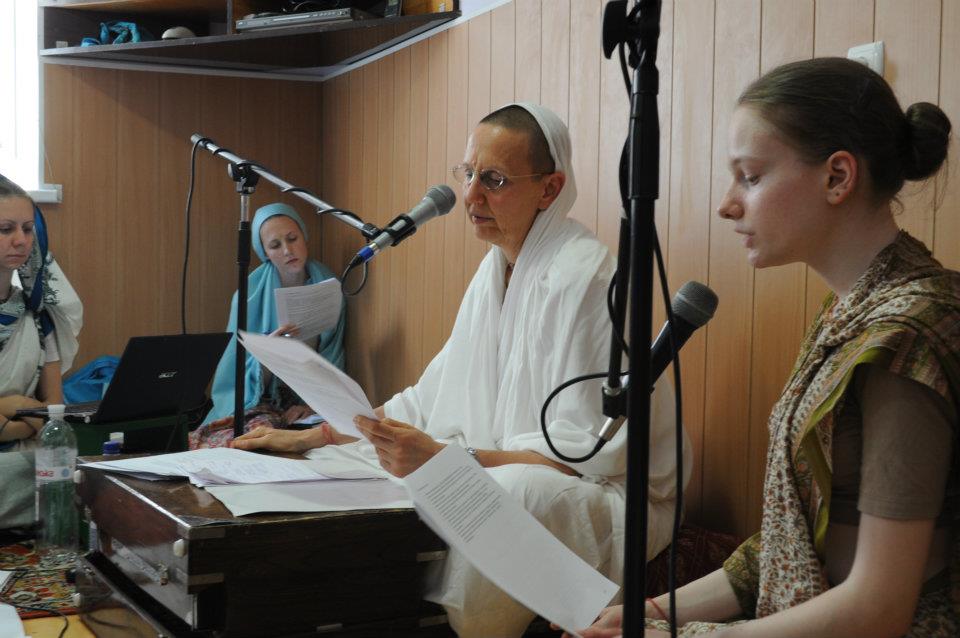 Reading Dusyanta Prabhu’s article “Continuation Of Guru Issue” brought clarity to my mind why so many devotees reacted so strongly to my article. And it impells me to offer some further words of explanation.

As Dusyanta Prabhu explains we so often make the mistake of trying to prove our personal point of view which might be motivated by subtle attachments and material desires, and we do this by using sastric references to push our point across. And we use these quotes in a way to suit our goals, rather than humbly and with an open mind trying to understand what the sastric reference is teaching us. This phenomina we can also describe as lack of sastric integrity.

I have no intention whatsoever to prove with my article “The Hot Issue – Female Diksa Guru” that women cannot be Diksa Guru. If any of my readers understood the article in this way, then they missed the very essence of it. And the fact that some devotees commented that I am contradicting myself within the article showed the same point, that they must have thought I am trying to prove one particular opinion. But infact it is not at all my intention. I am trying to see things from different angles, leaving it up to the reader to find the conclusion. But many readers seemed to be left confused and agitated. I am truly sorry about this.

I am simply trying to shed in a very cool headed manner some light on Prabhupada’s strong words which he is expressing in the purport to SB.6.17.34-35. And I am offering to connect those words with his statement that there will be women serving as Diksa Gurus, “but not so many”.

The very essence of the article is that it is a matter of qualification. And I am putting up for discussion whether the emotional nature acts as a disqualification – no matter whether in a man’s body or a woman’s body. Surely we find women who have more of a cool headed man’s mind, and we also find men who have more of an emotional woman’s mind. So apart from the spiritual qualification it is not a matter of gross material body, but more subtle – related to the emotional nature which is connected to the mind.

And in the last paragraph of my article I am attempting to address the point that Guru is self manifest – the empowerment has to come from Krsna Himself. One does not become Guru by canvassing for oneself, nor for others. There should not even be this thought in a preacher’s mind that “maybe I should be a Diksa Guru”. As soon as this thought enters, we run the danger of being driven by personal ambition. Therefore I am concluding with the final appeal: “There are thousands of devotees out there who are starving for spiritual nourishment. Let us simply uplift them and nourish them, without running after recognition and fame, by playing the roles and duties we are meant to play….!”

If you thought that my article is trying to prove that women cannot be Diksa Guru, then kindly take the time now and read it once again – with an open heart and mind…..

5 Comments to “ More On The Hot Issue – Female Diksa Guru”