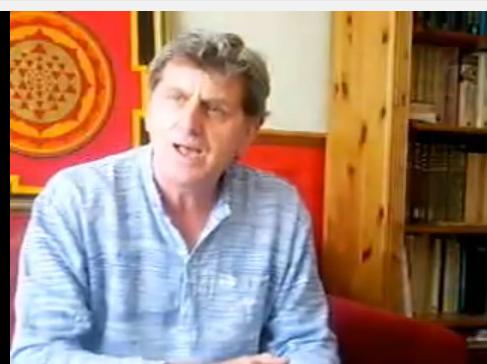 Please accept my humble obeisances. All glory to Srila Prabhupada. I remember you as one of the mega sankirtan devotees and heros of the recent past, When I joined the movement in April 1977 you were not only the book distribution hero of Holland and Belgium but of the whole ISKCON world wide. You were for months on a row the top of the pops, the number one in the world for book distribution. You distributed for several months more than 1000 big books a week.

In Amsterdam at that time there were other great devotees on book distribution like Mahavidhya, Bhima, Jaya Gopal prabhus and others. They were backed up by many nice devotees in the temple such as TP Locanananda, bhakta leader Tirthasadaka, administative departement Hari Krishna das and our translater Hayesvara prabhus. There were also great sankirtan women but as a new bhakta brahmacari I had no contact with them. They had their own wonderful parties.

Dear prabhu you sometimes used your typical British dramatic talents on the streets of Belgium and Holland to induce people to surrender their wallet to your care and allowed you to take out whatever you felt was right. This was certainly some amazing angelic mystic power that you manifested.

You were an expert dramatic performer, fast and humorous. Everything was “jolly good” you used to say. Together with Avesa prabhu you once did a play during the Christmas marathon festival. You played the role of Sankirtan-man in a Superman suit with a big S on your chest. It was very good and the devotees could not stop laughing. You actually did not play the part of Sankirtan-man, you wére Sankirtanman!

May you always be remembered as one of the best top of the pops of Srila Prabhupada’s sankirtan maharati’s. I’m sure that neither Sri Krishna nor Srila Prabhupada will ever forget your great and wonderful endeavours of bringing so many people in contact with Krishna-consciousness.