Why I am not vegan 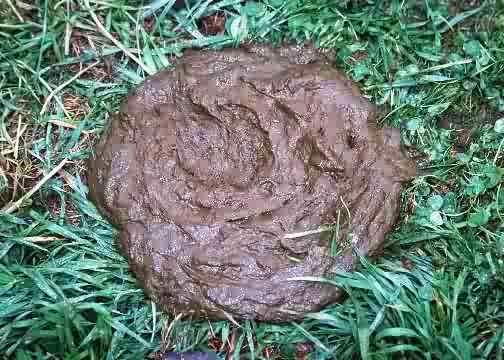 Bull shit! Yes, actually that’s the reason. Well, that and cow shit, usually referred to as cow dung. You see, despite the obvious merit for choosing to be a vegan, which essentially means avoiding all foods, clothing and products that are the result of animal suffering; and extending that ideal to advocating that all animals should live independently (including cows and bulls); the vegan ideology does not honestly address the lack of B12 in the diet. And so to live the vegan ideology you absolutely have to take B12 supplements and obviously that is not natural and certainly not the way God and nature intended human life to be.

I mean, seriously, how silly is it to think that humanity has to take supplements in order to justify a more humane way to live? But that is exactly what vegans all over the world do, at least those that live in the city. But sadly, very few have the guts to admit that something is terribly wrong with that notion.

Vitamin B12, also called cobalamin, is a water-soluble vitamin with a key role in the normal functioning of the brain and nervous system, and for the formation of blood. It is one of the eight B vitamins. It is normally involved in the metabolism of every cell of the human body, especially affecting DNA synthesis and regulation, but also fatty acid synthesis (especially odd chain fatty acids) and energy production. Neither fungi, plants, nor animals are capable of producing vitamin B12.

How do I know if I’m deficient?

To be fair, however, most cases of B12 deficiency have nothing to do with diet. Rather, sometimes individuals lose their ability to absorb the vitamin and become deficient no matter what sort of diet they follow.

In the nonindustrialized world, where bacterial contamination commonly brought traces of B12 to foods, B12 deficiency is largely prevented. However, modern hygiene has eliminated this source, just as indoor living has largely eliminated sunlight, nature’s source of vitamin D.

What is the solution?

So how to solve this vegan dilemma? Well, it all starts with a load of bull dung or cow dung. You see, B12 is actually a bacteria that lives in soil and is plentiful wherever farm animals live. Animals like cows eat grass, thus picking up this B12 bacteria and then cultivate it inside their stomachs. B12 is found naturally in manure fertilized soil and synthesized via bacteria which are present in the intestines of animals. However, animals themselves are not capable of synthesizing the vitamin, only the B12 bacteria contains the enzymes capable of breaking it down. Which means, in order for humans to acquire an adequate amount of B12 they must either obtain it from animal sources, fortified foods or multi-vitamins. When someone kills a cow this B12 is present in the meat and thus a carnivorous human does not usually have B12 deficiency. If someone takes dairy products they can also get remnants of B12, but a vegan misses out completely, unless they too live around farm animals and play and work in the same soils where the B12 bacteria exists.

A summary of the results of a study by Dr. A. Mozafar in Switzerland, reported in the November issue of New Century Nutrition by T. Collin Campbell, Ph.D., and Jeff Gates, D.H.Sc. found that Soils enriched with organic fertilizer (cow manure) resulted in a several-fold increase in the soil’s B12 content, as compared to soils worked with conventional inorganic or chemical fertilizers. 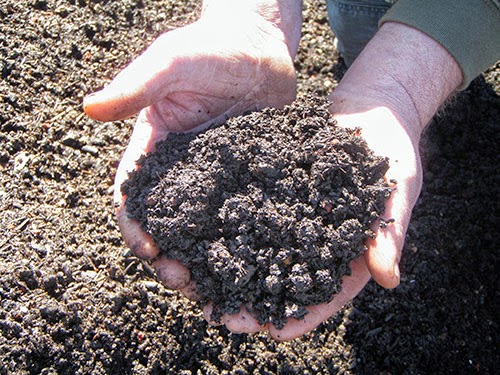 That means, if we choose to live naturally, the way nature and God intended, playing and working in soils where farm animals live then B12 is practically everywhere, and in fact, we can even breath it in, it is so plentiful! But a fanatical vegan will declare that all animals are to be independent, even cows and bulls; that animals should never be used by humans for any labour, etc. The problem with those kinds of sweeping statements is that they completely ignore history. You see, from the beginning of time, man and beast have had a symbiotic relationship. The problem today is that this natural and respectful symbiotic relationship has been lost and now most of humanity exploits animals. If however, we respect and love and serve animals, as they do us, then a healthy symbiosis can ensue.

Animals should never be slaughtered for their meat, except in cases of survival where there are no other options for food. But in a world where food is plentiful, this is not the case. In fact, the world has the capacity to feed double the current population; “the problem is not food shortage, but inequitable distribution,” declared the United Nations. 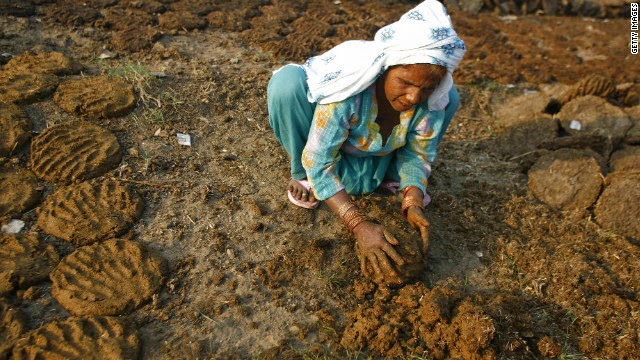 So getting back to bull dung. Yes, the miracle and magic of bull dung. You see, bull dung and cow dung is loaded with the B12 bacteria. So if we use this natural and most powerful manure to fertilise our fruits and vegetable and actually play with the soil they inhabit, we will get more than enough B12 inside our bodies. In fact, India villagers literally play with bull and cow dung, forming them into “cow patties” that are then used for cooking, or taking advantage of the anti-bacterial properties of cow dung by mixing it with clay and covering the walls and floors of their houses, as a means to purify the area and also keep the house cool in the hot summer. 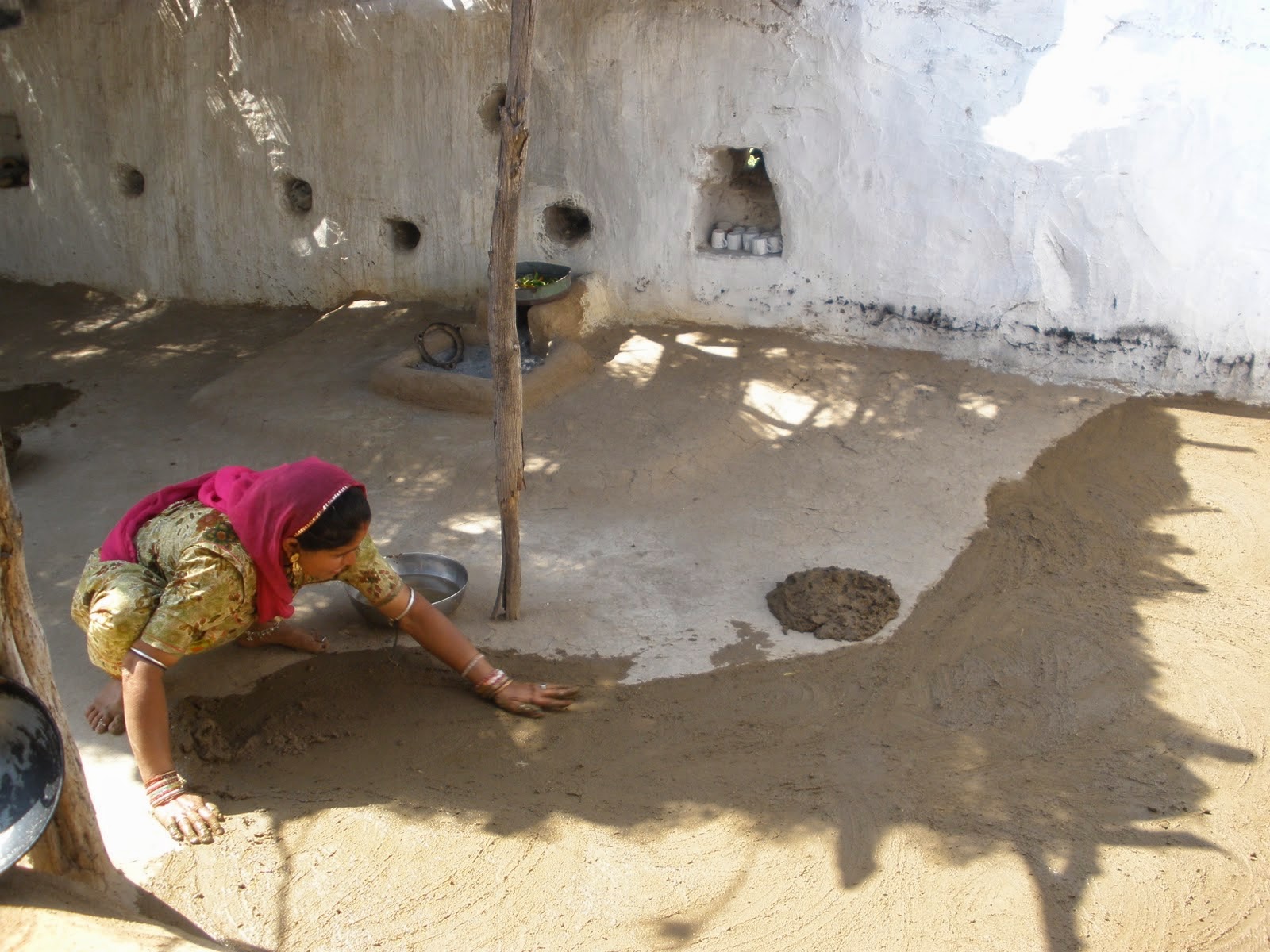 But for some vegans, such practices would mean acknowledging the reality that living around farm animals is essential for good health and that is hard to do if you don’t acknowledge the natural symbiosis of man and farm animals. We need them just as much as they need us.

A cow eats grass and produces milk. A bull eat grass and has the muscle and power to till a field. Both of them excrete loads of B12 fertiliser that man can then use to make the best organically-grown, non-GMO fruits and vegetables. They serve us and we serve them by keeping them happy and healthy. That is how God and nature intended it, but if you listen to some vegans, they will outright reject such notions and either suffer B12 deficiency or supplement with B12 tablets.

So that is my big problem with the vegan ideology, at least the “hard-core” version, and so I choose not to be that kind of vegan, but believe that in order for me to live a healthy and natural life, I have to accept that farm animals must be part of my livelihood and the most natural and non-violent way to do that is to either live on a farm with farm animals and grow my own fruits and vegetables using cow manure as a fertiliser. Or obtain B12-enriched cow manure for my city garden; or consume (heaven forbid) non-violent dairy products. Yes, they do exist. More and more consumers are now demanding higher quality, non-violent dairy. Many of these people are not even vegetarians, but just people that realise that commercial-grade non-organic “violent” milk is toxic to human health. 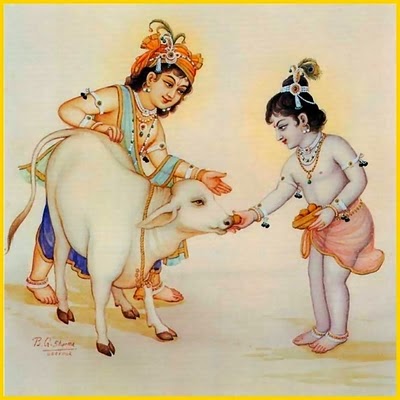 I have abstained from commercial dairy for well over 15 years now. But I am not a “vegan,” in the fanatical and impractical sense, but more so in adhering to the essential truth of the ideology, namely, non-violence. Therefore, whenever I can, I will gladly consume milk offered to me by a protected and loved cow, knowing that her offering was given with love and she is happy, healthy and will live a long and natural life. That kind of milk is actually beneficial and to ignore that possibility is to ignore the entire history of domesticated cows. History has proven that cultures can survive for thousands of years and their people live long, healthy lives when there is a symbiotic relationship between humans and animals. Hundreds of millions of Hindus have used dairy products for many thousands of years, lending credibility to the notion that dairy products can be safe to consume. To ignore this fact is to allow ourselves to be blinded by our reluctance to even consider evidence that challenges our own personal convictions and the current medical belief.

The sad part of that story is how big business took over this once sacred tradition and turned it into a profit-driven hell for all bovine. Even in India, the “land of the cow,” gross abuse of cows is taking place and commercial milk is now a contaminated cocktail containing detergent, hydrogen peroxide, urea, and contaminated water.  But of course, there are non-violent ways to get milk these days and that is exactly what the new ahimsa dairy farms are offering.

Consuming dairy from a loved, respected and protected cow is perfectly in line with the essential ideology of veganism — non-violence. But if you’re a fanatical vegan, you won’t bring yourself to accept such a possibility. So it is best to avoid trying to press that ideal into a new form of the ideology, but rather accept the fact that veganism in the strictest sense of the term is flawed. And cow dung is the stain on the “white sheet” of this otherwise pure and caring ideology.

I believe it is time to redefine what it means to be a “vegan” and retire the old fanatical, ideologically inconsistent and unhealthy definition of veganism.

Resources on B12 and cow manure

Non-animal sources of b12 include, kombucha, tempeh, seaweed, and miso. Certain makers of kombucha cultured tea, such as GT’s Kombucha, list vitamin B12 as naturally present in their product. One brand purports to contain 20% of the daily value of B12 in a single bottle, making kombucha a potential “high” food source of B12. Because kombucha is produced by a symbiosis between yeast and bacteria, the possibility that kombucha contains B12 does not contradict current knowledge. But no scientific studies have yet been published confirming the fact, nor whether the B12 in kombucha is the biologically active B12.

It is always better to make your own kombucha. Although these non-animal products do have some b12, according to the vast majority of research in this field, the only reliable source of b12 is dirt and that is why we have to live closer to nature. I don’t take any dairy unless I can source some from a cow that is protected and loved and I am lucky if I can do that a few times a year. Studies that support the need for b12 far outweigh those that say we don’t need it, including those from PCRM. Yes, the body can store vitamin B12 for years in the liver. However, according to most researchers, the body absorbs animal sources of vitamin B12 much better than plant sources. Many people over age 50 lose the ability to absorb vitamin B12 from foods, so again, living close to nature and getting it from the soil through breathing it in is better. We are better off when we live closer to nature, and that means living with farm animals like cows. That does not mean you have to drink their milk. The artificial separation of man and animals is what I believe is a big flaw in any diet or lifestyle ideology, but particularly noticeable in the vegan diet.

The Vegan Threat to Bovine Welfare

Campaign of Compassion for Mother Cow

Care for Cows Newsletter May 2008