Learn the Vedic Lunar Calendar As You Apply Tilaka 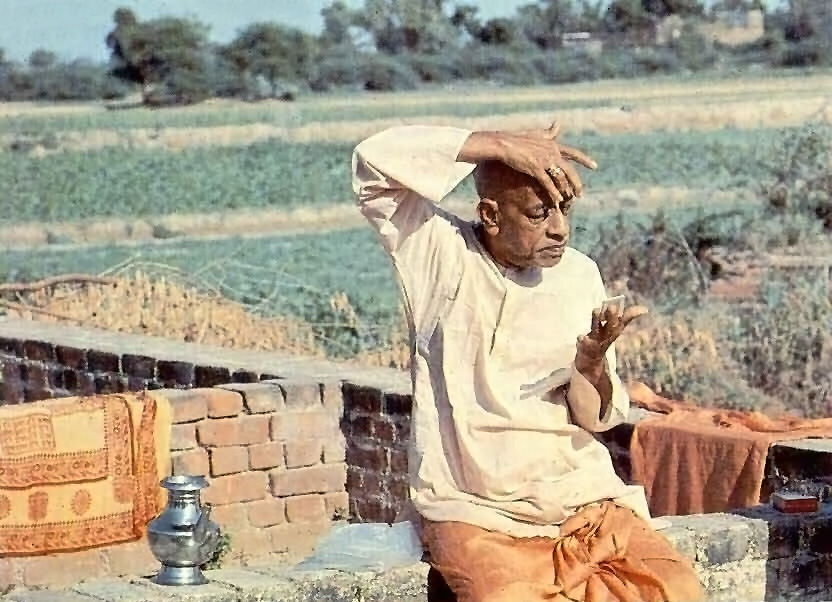 Discovering the Vedic lunar calendar and following its tithis (lunar days) and festivals gets us closer to heartbeat of the universe we inhabit. The Moon, Chandra, is the basis of Nature’s calendar. He is the most important planet according to the Vedic system of astrology because his movements provide nourishment for all living entities. This is confirmed in the Shrimad Bhagavatam:

“…The Moon is the source of nectarean coolness that influences the growth of food grains, and therefore (Soma) the demi-god of the Moon is considered the life of all living entities. He is consequently called Jiva, the chief living being within the universe.

“Because the Moon is full of all potentialities, he represents the influence of the Supreme Personality of Godhead. The Moon is the predominating deity of everyone’s mind, and therefore the Moon-god is called Manomaya. He is also called Annamaya because ‘he gives potency to all herbs and plants’, and he is called Amatamaya because he is the ‘source of life for all living entities’. The Moon pleases the demigods, pitas, human beings, animals, birds, reptiles, trees, plants and all other living entities. Everyone is satisfied by the presence of the Moon. Therefore the Moon is also called Sarvamaya or ‘all-pervading’.” (– From SB 5.22.9-10, translation by His Divine Grace A. C. Bhaktivedanta Swami Prabhupada)

Unlike the Western calendar which is an artificial imposition born of ignorance and mental speculation, the Vedic calendar has been following the pulsating lunar cycles since time immemorial. There are two methods, the purnimanta and amavashyanta systems. The purnimanta (lit., “full Moon ending”) system closes the month on the full Moon day, while the amavashyanta system (lit., “dark Moon ending”) considers amavashya as the month’s end. We Gaudiya Vaishnavas follow the purnimanta system. This system appears more reasonable since the months themselves draw their very names from the nakshatra that the Moon conjoins (or is near) at the time of purnima. Furthermore, it is wiser to complete the month’s projects when the Moon is full, which blesses the month’s projects with completion.

It was the great acharya His Divine Grace Shrila Bhaktivinoda Thakur who adapted the ancient Vedic calendar to create the Gaudiya calendar. This was further developed by Shrila Shri Bhaktisiddhanta Saraswati Thakur who created the Nabadwip Panjika (panchanga) for the benefit of all devotees all over the world.

In the following table, the names of the Vedic months are given alongside their Gaudiya counterparts. Just by remembering the Vedic lunar month as you put on tilaka, voila, you will soon begin learning the Vedic calendar.

An excellent resource for learning the specific tithis of the Gaudiya lunar calendar is Shriman Jaya Tirtha Charana das Prabhu’s http://salagram.net/. Note that his G or K designations found under each tithi or lunar day refer to “gaura” or “krishna.” Gaura means the bright half or waxing Moon and krishna means the dark or waning portion of the month. Each month is divided into two pakshas, which literally means “wings.” Thus the lunar month is compared to a bird—or pakshi—whose two wings are the bright and dark halves of the Moon’s endless cycles.

For those who are interested in their lunar birth day, just write to us with your time, date and place of your birth and we’ll let you know. Be sure to write out the month. Write to: Patita Pavana das at dkrishna@yahoo.com.

Kartika and Sarat-purnima: Special Mercy and the Dance of Divine Love

Dialogue not Debate: The Key to Healthy Spiritual Communities (video)