His Grace Madhu-dvisa Prabhu, one of our greatest Sankirtan Generals

Stunned by the news and tel. call I just received that he just left his body- that greatest kirtan and book distribution general and beloved son of Srila Prabhupada has retuned to be with Srila Prabhupada. His attendant was chanting Hare Krsna to him as he passed from this world
Your lowly wretched servant,
Ramesvara dasa

You can watch the last video-recording of the last class he gave in the Los Angeles Temple here: http://m.dandavats.com/?p=6304
Below a foto of his while giving a Srimad Bhagavatam Class In Los Angeles just 28/7/2014 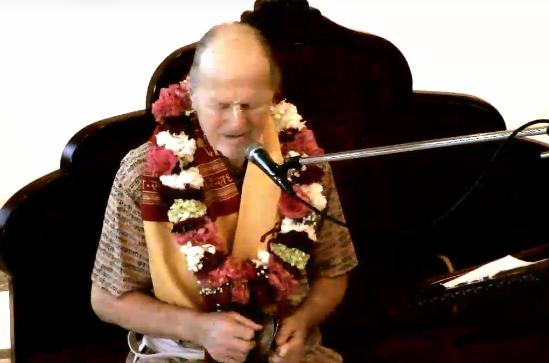 THE PASSING OF CAITANYANANDA DASA of FINLAND