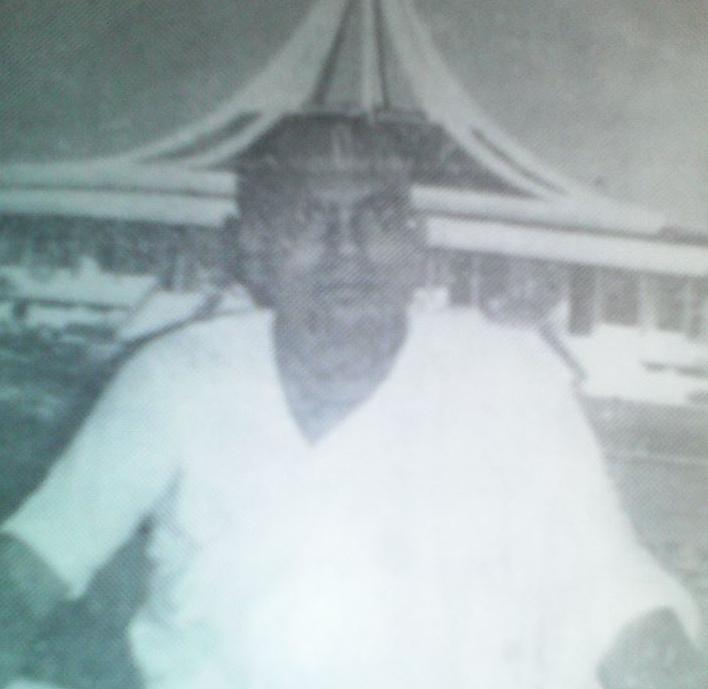 Varaharupa Dasi: All devotees visiting Sri Sri Radha Govindadevji temple and Srimati Vrindadevi at Kamayavan, especially the ISKCON Vrajmandal devotees know H.G.Gaurapada Babaji Maharaj, sole incharge of the temple for last 24 years, attained lotus feet of the Lord on 7th June 2014 at 3.45 pm at the age of 72 years, while tending to the cows in Goshala.

Babaji Maharaj appeared in West Bengal and was serving in Radhakund and Govardhan, and had taken up the seva of Sri Sri Radha Govindadevaji in 1990. He is remembered for his single minded devotional service to Their Lordship, whereby he would do mangal arotik, Deity worship, and then milk the 8 cows, sponsored by various ISKCON devotees. After cooking the Lords mangal bhog he would spend 2 hours bathing the cows, feeding etc. then back in the Lords kitchen to cook rajbhog. Anyone who has eaten his kachoris and malpuas mahaprasad will acknowledge, that they were the best ones, one has ever had, cooked with devotion and relished by the Lord.

Several festivals were orgnised by Babaji Maharaj involving Brijwasis cooks, cooking for 2 weeks in advance. He had read Srila Prabhupad books and was very much inspired to write and distribute, to preach about Kamayavan mahima. So he took up to writing and wrote many books about Lords pastimes in Kamayavan and important tirth places to visit. He found sponsors for printing and was distributing freely to all who were interested in knowing about Kamayavan.

Every year he would conduct Bhagavat katha at Bimal kund and about 4 – 5000 devotees would attend from different places of Braj, Haryana, UP and Punjab. His Samadhi is constructed on this land next to Bimal Kund as per Babaji Maharaj’s desire.

Now the temple is under the management of H.H. Manaskumar Goswami of Sri Sri Radha Govindadevaji temple of Jaipur, who has assigned Pt. Surendrakumar Sharma to continue the Deity worship at Kamayavan. On 19th June they are having a festival in memory of H G Gaurapad Babaji Maharaj. Lets us all pray that Their Lordships may mercifully allow Babaji Maharaj to continue the service in the Nityadham.