An Appointment with Mr. Death 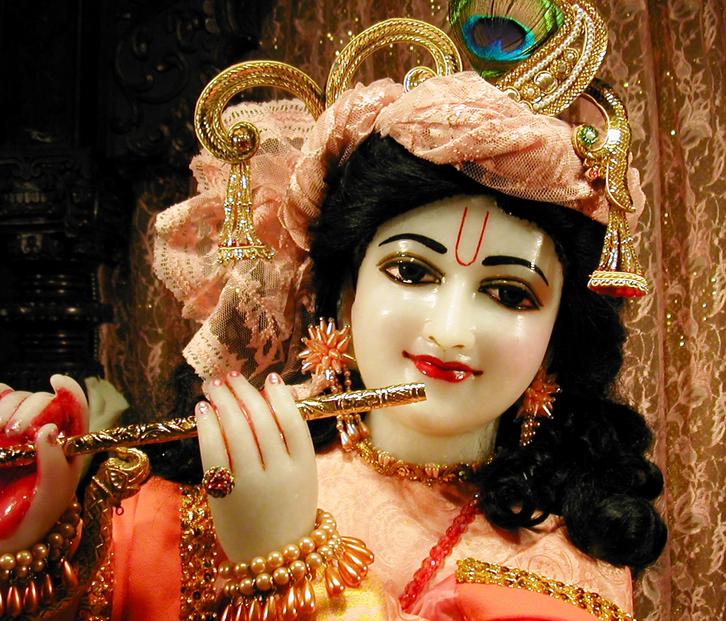 For the one appointment no one can cancel, it pays to be prepared.

Recently a college friend of mine was diagnosed with an incurable cancer; his doctors told him he would live for only another year. The family panicked and consulted a wide range of doctors as well as healers from various alternative fields of medicine. They approached astrologers, prayed to demigods in temples, and even consulted a mystic tantric. Many people keep telling them that a cure may be available that they haven’t yet tried.

I was sad to learn about my friend’s disease. I wanted to help him during his crisis and suggested the Krishna consciousness process of chanting and hearing Krishna’s holy names. But I failed to convince him that, while trying various treatments, he also needed to face reality and prepare for his next life. I was unhappy to see that even his eighty-year-old father was disinterested in the spiritual dimension to life and determined only to save his son.
Death, the Greatest Wonder

I remembered the observation of a devotee friend: “One may be admitted to the best hospital, treated by the best doctors, administered the best medicines, but if he is destined to die, he can’t avoid an appointment with Mr. Death.”

The philosophical writings of Vedic India compare the inevitability of death to the inescapable visit of someone who will get us one day. When Mr. Death strikes, a rich man can’t bribe him to go away; a beautiful lady can’t charm him to excuse her; a strong man can’t wrestle him to submit; a wise person can’t defeat him in a debate. Mr. Death gets us all, with no exceptions.

In the ancient epic Mahabharata, King Yudhishthira is asked what is the greatest wonder in the world. The wise king replies, “Every day thousands are sent to the abode of death. Yet those who are living lead their lives as if death will never happen to them.” These words of wisdom helped me come to terms with the stubborn reluctance of my friend’s family to understand Krishna consciousness, and with their refusal to accept the inevitability of death.
First Lessons in Spiritual Life

One of the first lessons I learned in spiritual life is the inevitability of death. Friends in college ridiculed me for subscribing to what seemed to them the fatalistic philosophy presented in ISKCON teachings. Their taunting made we wonder whether the Hare Krishnas were only pessimistic, but I soon realized that the acceptance of the unavoidable reality of death equips us with an internal fortitude and calmness. The Hare Krishnas were learning to see the world and its fleeting promises in a detached manner.

A devotee of Krishna faces tragedies, including death, with grace and dignity. Still, devotees don’t ignore their bodily conditions or make no attempt to avoid death. A spiritualist cares for the body with a desire to serve God and others. Since the goal is service and not bodily maintenance, the devotee is detached even while caring for the body, and is prepared to face inescapable death.
Teachings of the Vedas

The Vedic tradition explains that our existence doesn’t end with death. We are not our temporary body, but the eternal soul residing within. When the body dies, the soul continues to live, although in a different state of existence. By cultivating Krishna consciousness, we nourish the soul and our consciousness transcends petty material pursuits; we learn to live on the spiritual plane of reality and connect to God, Krishna through spiritual practices. Hearing and chanting God’s holy names helps us attain spiritual happiness, which helps us transcend material happiness and distress. Hearing and chanting also guarantees us a divine journey after death.

The Vedic literature gives many examples of persons whose lives teach us how to prepare ourselves to face death. The Srimad-Bhagavatam begins with the enquiry of King Parikshit on the duty of a person about to die. Cursed to die in seven days, the king happily accepted his fate; he could now immerse his consciousness in remembrance of the Supreme Lord without any distractions. King Khatvanga, another exemplary person, on learning that he had only a moment to live relinquished all his riches and welcomed death.
Srila Prabhupada’s Appeal

Srila Prabhupada taught that life is a preparation for an exam: death. The time of death tests all our cherished values and principles, as well as our attachment to our body and to people and things connected to our body. A devotee of Krishna leads a life centered on service to God and carries out his worldly responsibilities maturely, knowing that the unpleasant vicissitudes of this world can bring the end at any time. Even if the devotee lives a long life, eventually time in the form of disease, old age, or death will threaten to take away all of the devotee’s possessions and positions. But because they have invested their consciousness in remembering and loving God, they are prepared to meet Mr. Death cheerfully.

Srila Prabhupada often quoted a verse from the Srimad-Bhagavatam (10.14.58) that says that in this material world there is danger at every step. Death can come at any moment. He urged his readers and audiences to spend every moment remembering God so that at the eventual moment of death they would be fixed in an inner state of bliss, ready to enter the divine realm of God.

Srila Prabhupada was himself such an example. In October 1977, when he realized that his body would give away soon, he retired to Vrindavan, the holy place of Lord Krishna’s appearance and activities, to engage in exclusive remembrance of God. When he was asked if he had any unfulfilled desires, he calmly said, “I have nothing to desire or hanker for.” Srila Prabhupada led a dedicated life of loving service to Krishna, and when Krishna came to take him back, he was ready.
Facing Death Cheerfully

At a festival of hearing and chanting the holy names last year, I had a sobering educational experience. During the daylong kirtanas and discourses at ISKCON Mumbai, I was seated next to thirty-year-old Rohini Tanaya Dasa, who had been diagnosed with a malignant bone cancer. Like my college acquaintance, he had only months to live. But his response to the crisis inspired all the members of our community. He was absorbed in devotional activities; his face was beaming with happiness springing from a deep internal connection with Krishna.

While sitting next to him during the program, I caught my mind feeling sorry for him. But I soon realized he was in the best state of consciousness, and I wished I had the same faith in the holy names and the process of devotional service. Later we spoke together about chanting the holy names and various aspects of the Krishna consciousness process.

“I welcome this disease,” he said, “and consider it Krishna’s calling. Now my definition of what’s important or irrelevant has changed; I seek to make Krishna my exclusive goal.”

I was humbled and enlivened in his company, and wished my dying college friend and his relatives could take a cue from him.

Rohini Tanaya reminded me that for a sincere spiritual seeker, death is not the end; rather, it’s the beginning of entering into the realm of eternity, knowledge, and bliss. For materialists, death is the end of everything they identify with; therefore they are in great distress at that moment. On the other hand, a lover of God doesn’t mind getting old or nearing death, because he knows that as the body is coming closer to death, the soul is coming closer to its eternal spiritual youthful form. Death for a devotee means joining Krishna in the spiritual world for an eternal life of service and bliss.

The two contrasting experiences, with a college friend and with a devotee, convinced me that the process of devotional service makes a person mature beyond his age. A thirty-year-old with a spiritual connection to God can have sagacity and maturity far beyond the myopic vision of an eighty-year-old bereft of spiritual knowledge.
Postscript

Rohini Tanaya Dasa passed from this world in the loving association of Krishna’s devotees chanting the holy names. He had been living as a resident brahmachari at the ISKCON temple in Nigdi, outside Pune.

During his last moments, Rohini Tanaya desired to be with the deities and devotees, so he was rushed to the temple, a four-hour drive from the hospital. On his arrival, all the resident devotees and more than five hundred congregation members performed an intense kirtana for more than an hour. As the evening arati started and the deities were greeted amidst loud chanting and the blowing of conch shells, indicating auspiciousness, Rohini Tanaya cast his last loving glance at the devotees and, while prayerfully looking upon the deities, departed from his body.

Devotees cried and rejoiced simultaneously, for this was an extraordinary, inspirational departure. Devotees had witnessed that Krishna consciousness is not simply a theory but a practical science. Rohini Tanaya had just shown by his example how a devotee fixed in Krishna consciousness receives Mr. Death cheerfully.

Back to Godhead January/February 2012

Grandma’s Home Remedies: Active Meditations to Help Me Deal with the Nitty-gritty Challenges of Life

The Magic Of Gratitude

Alone but not lonely

6 Comments to “ An Appointment with Mr. Death”