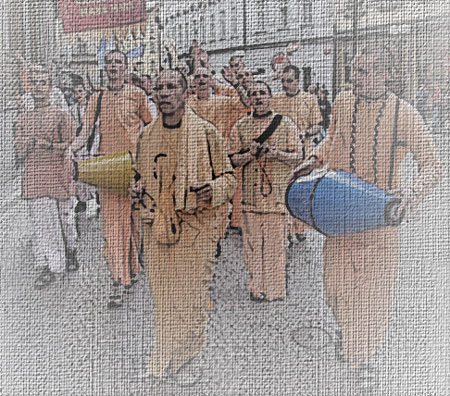 I want to thank those who working to help the situation ISKCON is facing in Kazakhstan. Please find at the end of this letter, excerpts from some of the messages I’ve received from various parts of the world.

All ISKCON members who haven’t taken any action yet, are humbly requested to make this a top priority in their service at present, as it remains crucial that we reach out to our devotee community in Kazakhstan in their hour of need.

I specifically request all GBCs and Temple Presidents to take action and write to me by May 31st describing what they have done to help our fellow devotees in Kazakhstan:

secretary.ec@pamho.net Hoping this meets you in the best of health.

I have now taken the initiative media – newspapers, radio – explaining about the situation of the Krishna Movement in Khazakistan. I begged for their cooperation in any way and said that it would be nice if they commented and made the entire country aware of this horrible and lamentable situation the devotees are going through.

I wish we can in some way touch the authorities so they can do something.

I am very sad with all that is happening there, and I hope to demonstrate in a humble way my love for the devotees of Lord Krishna, and may I be an eternal servant as tought by Srila Prabhupada.

Giving emphasis to their message with a real bulldozer, the Hungarian Krishna conscious devotees demonstrated in front of the Kazakhstan Embassy in Budapest on May 3.

WHAT HAPPENED IN KAZAKHSTAN?

The Budapest protest was triggered by the events on April 25 when court executives of the Karasai district, along with the representatives of the local Hakimat and police, attempted to demolish one of the five cottages owned by the members of the Society for Krishna Consciousness. The local government officials have decided to confiscate the land, purchased seven years ago by the Krishna-conscious community. The attempt was thwarted by the resistance of the devotees and the presence of the media. However, representative of the Karasai district, R. G. Baimukhanbetova, said that this week they would again attempt to demolish the houses and use force to crush any resistance by Krishna devotees.

On hearing the news, two hundred Hungarian Krishna-devotees demonstrated in front of the Budapest Embassy of Kazakhstan on Wednesday morning, expressing their disapproval of the government assault on their fellow community members abroad. They accentuated their presence by placing a real bulldozer across the street in front of the embassy and carrying placards with the inscriptions: “WHERE IS RELIGIOUS FREEDOM?” “BULLDOZERS AGAINST THE RELIGIOUS?” “RELIGIOUS PERSECUTION IN KAZAKHSTAN!”

The three-person delegation of the demonstrators was received by caretaker representative Rymtay Karibzhanov. Members of the delegation were Sivarama Swami, chief pastor; Gusztáv Tornóczky, the communication representative of the Hungarian Society for Krishna Consciousness; and Ms. Ilona Szent-Iványi, European representative of the International Association for Religious Freedom. According to Mr. Rymtay, harrassment of the devotees does not indicate any intolerance by the state against religious minorities but is a matter at the Karasai district level. Sivarama Swami responded that unless the state acts swiftly against such harrassment, it is difficult to distinguish independent behavior by a region from that of the state.

Mr Karibzhanov stated that the measures taken by the regional government were not motivated by religious reasons but legal ones. However, the fact remains that only the houses of the Krishna devotees are being threatened, despite the fact that the legal status of the other houses is the same.

Sivarama Swami remarked that any issues emerging should be settled by discussions with the owners of the land and houses, yet the local authorities have rejected approaches by Krishna devotees for years.

The demonstration in Hungary is a part of an international wave of protest aimed at putting pressure on the Kazakhstan government to honour the principles of freedom of religion it professes to practice. The coming days will see similar actions in several European countries and in the United States.

A larger scale demonstration and press conference is expected to be held in New Delhi, where the representatives of the International Society for Krishna Consciousness (ISKCON) will discuss the matter with government officials in an effort to resolve the situation by means of diplomacy.

The situation is still tense. It is unknown whether the local executor will carry out the threat to bulldoze five houses, and send two state troopers for every devotee present. We can only hope that international protests are effective and that the Kazakhstan government will stop this discrimination and violation of basic human rights.

Pictures from the demonstration can be found here:

We are contacting all the local Indian newspapers and we are getting our congregation to sign a petition to be sent out.

I want to thank you and all of the devotees in the Ukraine for assisting us in our struggle in Kazakhstan.

It is wonderful that you all pulled together for Prabhupada’s Family and conducted the demonstration, especially, being one of the countries of the former Soviet Union.

My humble request is that you continue to follow up with the Kazakh Ambassador. Keep the pressure on and request him to give some assurance in writing that the issue in Karasai Rayon of Almaty Oblast against the Krishna devotees will be resolved amicably. At least he will pass the info to Astana and it will be registered with the Foreign Ministry. We hope that eventually it will come to the attention of the president.

Again, thank you for standing by our side.

BB Govinda Swami
————————————————————-
Though I am not an ISKCON officer I contacted the owner of the largest newspaper in S India (a personal friend) to cover the story, plus a United Nations representative of religious affairs whom I also have contacts with.

One Response to “GBC Chairman Requests Action on Kazaksthan”