Urgency of Surrender to Krishna 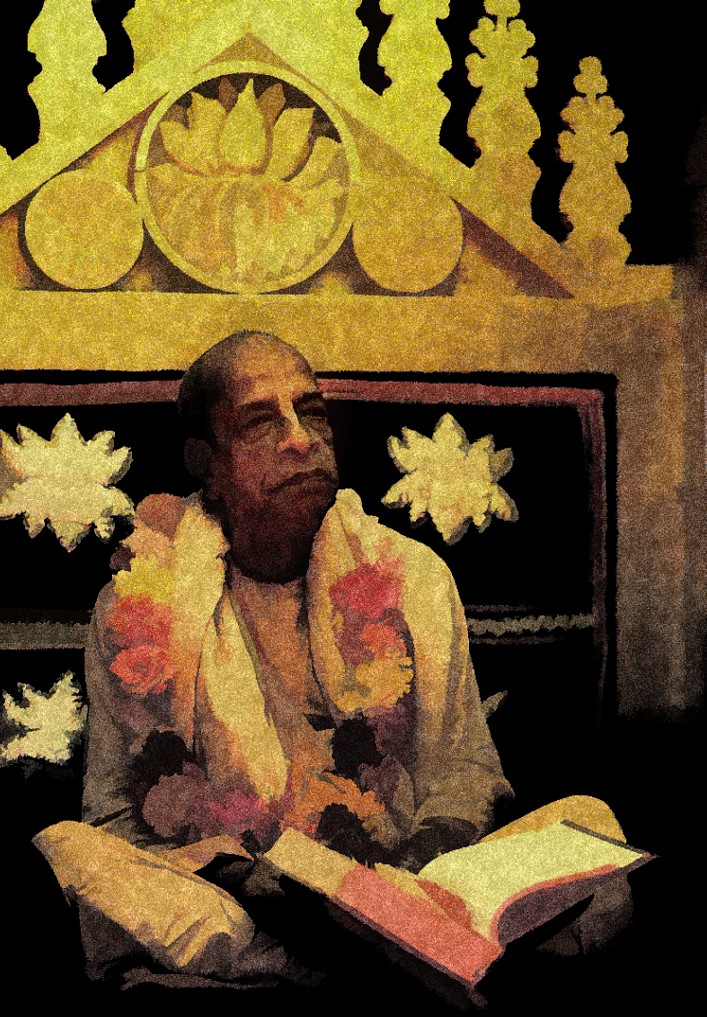 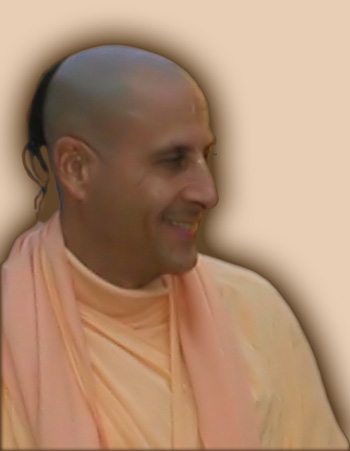 “Srila Prabhupada stressed the urgency to surrender to Krishna. Every line of his books, every sentence of his tapes, you would hear him urgently, just pleading with you and me, to take Krishna Consciousness seriously. Death, tragedy can come at any moment. And the greatest tragedy is that our faith is stolen away by maya and her various representatives which can come in many forms. There is no comfortable position when we are secure in material existence.

Srila Prabhupada used the example of the goats that are on the way to the slaughter house. The slaughter house person is very expert at pacifying the goats so that they very happily and peacefully go to the chopping block by providing nice grass. The line of goats, they are just eating grass and they are enjoying and the closer they get, the grass gets nicer and nicer. The goats in front of them are getting their heads cut off, but they don’t see that. They just see the grass. Srila Prabhupada said, “That is how maya is orchestrating the entire material existence. Don’t be a foolish goat just trying to be happy and enjoy the comforts of this world, the comforts of family life or a nice little floor in the bramhachari ashram”.

We should know that any facility to enjoy in this material world is maya’s trick to somehow or other distract away from the urgent need to be Krishna conscious. Listen carefully to Srila Prabhupada’s voice when you listen to his lectures. There is always that deep sense of trying to give us the feeling of urgency. It has to be done now! We have to take shelter of Krishna! We have to surrender to Krishna! We have to give up our petty disagreements and work together because the world is being condemned by the direction of modern society. ”

“Srila Prabhupada’s miracle was, that he gave everybody the chance to become Krishna conscious. And those who heard his voice and somehow or other connected to that urgency within him, they became empowered. They were lazy hippies sleeping on the streets, never worked a day in their life, then by contact with Srila Prabhupada,they were out distributing books 15 hours day! Outside in the blizzard winters of the New York city! And the only reason why they came home is for mangala arati and to chant their rounds. They did this for years! In the American cities and airports where practically no one is favourable, they risked their lives, sometimes getting beaten up, blasphemed, but they were so enthusiastic!

“I remember, when I was pujari, I was very happy doing deity worship day and night, year after year, but I would always read Srila Prabhupada’s books, hear his tapes, hear about how Srila Prabhupada is so eager for us to preach. So I was praying to the deities, “I am very grateful to worship You. But my Guru Maharaj keeps talking about preaching. Ultimately I want to please him. I don’t know what preaching is. But I want to please him. So whatever You think is best.”

And sometimes later I was given an order, “We need more devotees in the temple. Go out and preach.” I never asked. And who was I? From New Vrindavan. I smelt like a cow because I would milk cows. I had one dhoti that had holes in it and an old blanket from the World war II army that had holes in it. I was told to preach. Very little education. I went to one semester of a Junior College. And here I was in Universities speaking to Ph.D candidates, Professors, and they would be sitting in rapt attention, challenging and being defeated. And I was thinking, “What’s happening? Who is doing it? I am a fool. I don’t know much.” But if we somehow or other feel that urgency, Srila Prabhupada could do everything through any of us.”

Life and Afterlife: Does Modern Science Have it Right?
A Wise Old Monkey

The origins of some of Srila Prabhupada’s sayings