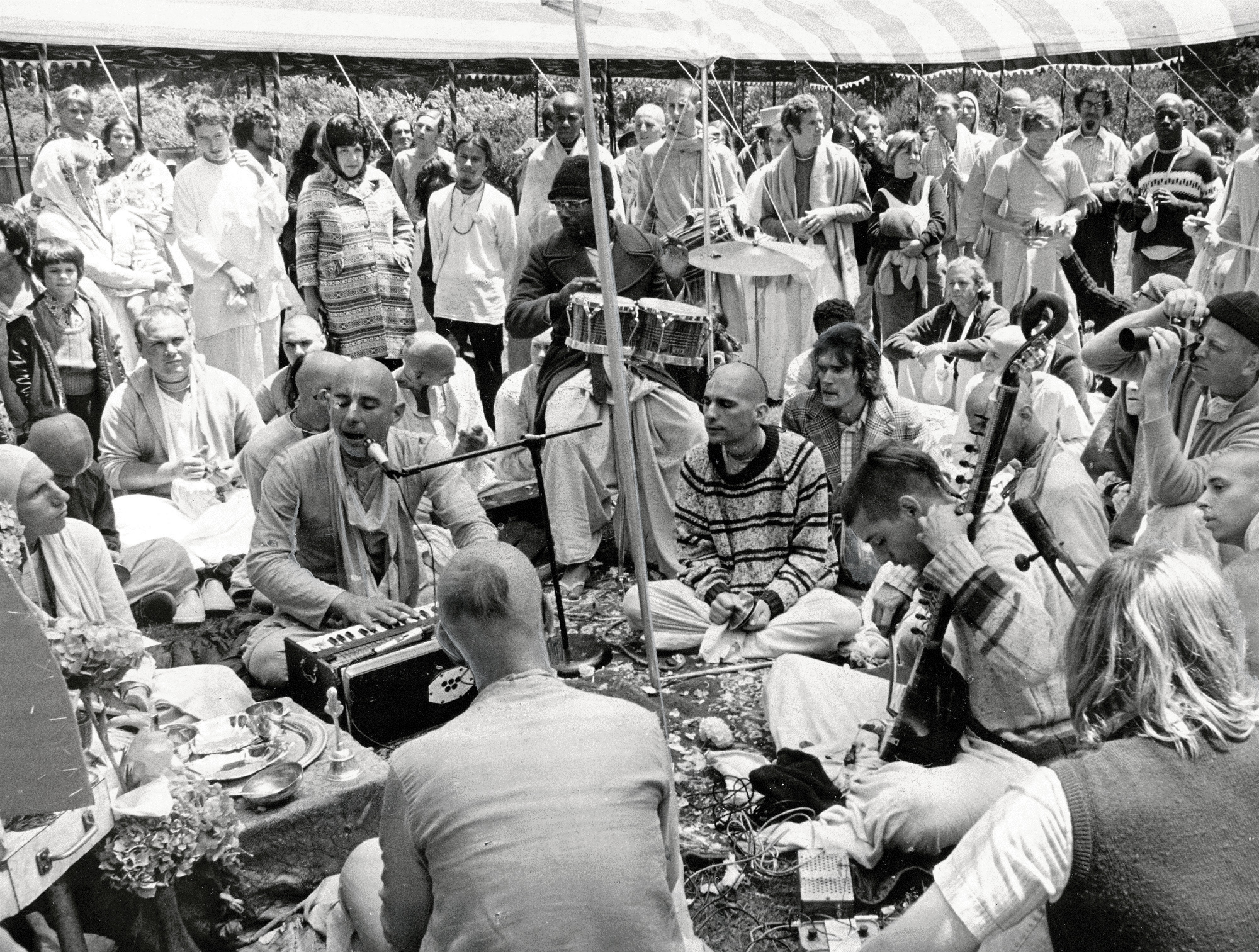 The life of Hasyagrami dasa (ACBSP), who passed away in Sridhama Mayapura on January 16th, 2015 exemplified the spirit of his name, and was a credit to the movement of his namesake—Sri Caitanya Mahaprabhu. After joining ISKCON in Brooklyn in 1971, Hasyagrami dasa was spirited away by Their Lordships Sri Sri Radha-Damodhara to serve under the legendary Visnujana Swami in his newly formed kirtana/rock opera roadshow known as ‘The First Transcendental Exposition.’

A gifted musician, Hasyagrami dasa performed, preached, and distributed prasadam with Visnujana Swami and his colorful troupe at numerous venues, including free concerts in public parks and on college campuses. With Hasyagrami dasa at lead guitar, ‘The First Transcendental Exposition’ reached its crescendo on Sept 8th, 1972 at the Syria Mosque Auditorium in Pittsburgh Pennsylvania, with Srila Prabhupada in attendance lecturing to thousands.

After the dissolution of the roadshow Hasyagrami dasa remained with Visnujana Swami, and later with Tamal Krsna Maharaja, as an important member of the Radha Damodhar Traveling Sankirtana Party. When the party expended to six buses in 1975, Hasyagrami dasa was assigned to serve with me in managing and caring for the Radha Damodhar bus party that I was privileged to be given charge of. True to the spirit of his name, he did so with the utmost in good-natured humor and genuine affection for all. As bus driver, festival technician and coordinator, sankirtana leader, and kirtanya playing the esraja and murdanga, he was always a pleasure to be around. Indeed, I do not believe that I could have successfully performed my duty as a bus leader without his cheerful support and friendship.

Although we lost touch in the years after RDTSKP I always recalled my time serving with Hasyagrami dasa with great joy and laughter. Thus it is with deep sadness that I am here forced to bid him farewell. My solace is that after so many years of good-hearted devotion he passed away quickly in the Holy Land of Sri Caitanya Mahaprabhu. We should all pray for such a blessed life and departure. 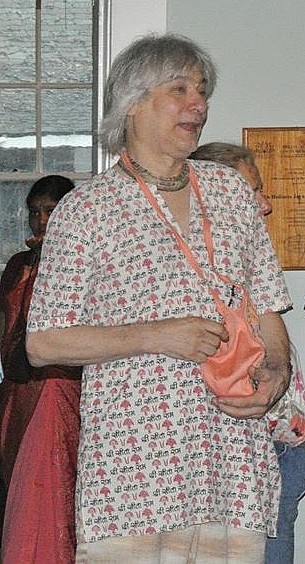 Balabhadra Bhattacarya Dasa: Hare Krsna dear matajis and prabhus, I have to share some sad but glorious news with you. My dear god brother and musical partner (Murari Band) for more than 35 years, Hasyagrami prabhu ACBSP, left his body in Mayapur some few hour ago. He and his wife Naradi were riding a motorcycle inside the Mayapur compound and according to Naradi he may have suffered a heart attack while operating the bike. Naradi only suffered a few minor brusies but Hasyagrami prabhu passed away in just a few minutes after the accident, with Naradi chanting the Holy Names during his last moments.

Above in the photo Hasyagrami prabhu on the right, seated with the guitar.
‘Dhruv 2015’ – The Goal Setting Workshop for Krishna Conscious Kids
New book – “10 Leadership Sutras from Bhagavad Gita”

In Memory of Bhanutanaya dasi