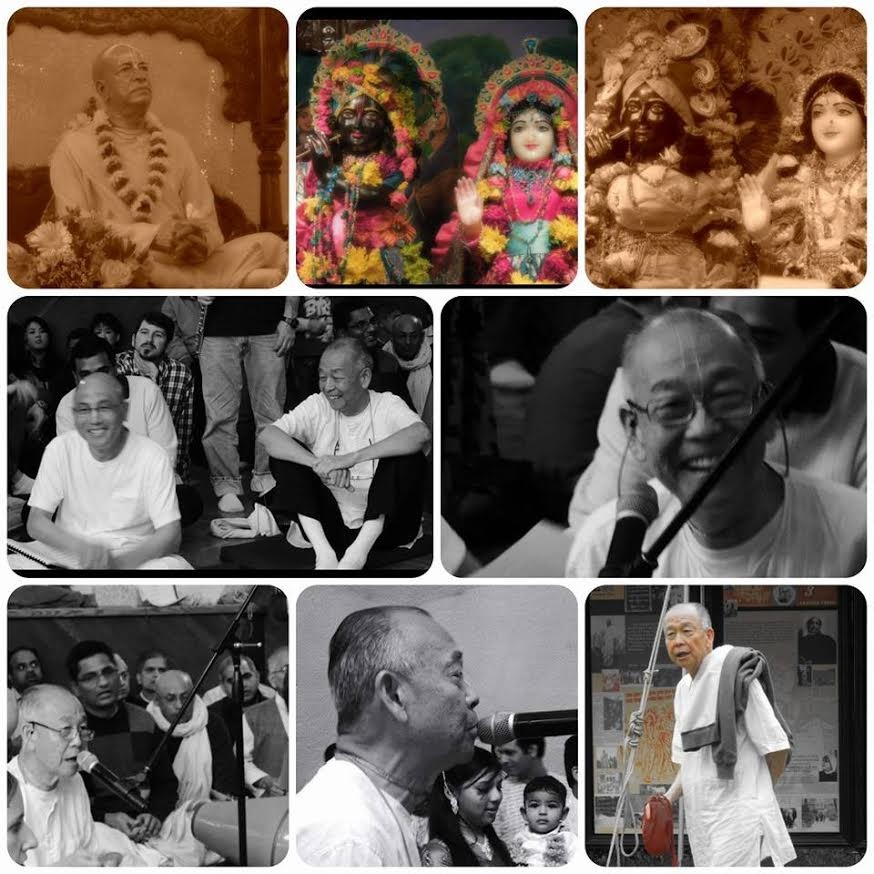 Last night March 3rd 2015 at 12:46 am, His Grace Lalita Krishna Prabhu, a disciple of Srila Prabhupada left his body in Durham hospice, North Carolina, USA. Her Grace Sangita Mataji (ACBSP) was personally chanting in his ears and he opened his mouth and very peacefully left. He had been struggling with cancer for over three years now. He served Srila Prabhupada’s mission in various cities all over the world. He met devotees in Singapore during 1970 and met Srila Prabhupada in Malaysia in 1971. In the “Following Srila Prabhupada,” video series one can see him leading kirtan during the Juhu ISKCON temple ground breaking ceremony. In the last decade, he served in Dallas temple, New Vrindavan temple and New Goloka Hillsborough temple communities.

Here is a wonderful interview of His Grace Lalita Krishna Prabhu:

Of all his many many wonderful qualities, few that he will always be remembered for are:
His amazing taste for the Holy Name – either in his japa or kirtan one could see how he was so very absorbed in relishing the Holy Name, I remember when talking about the importance of chanting from the heart, he was saying with so much taste and realization, the feeling in the heart;
His genuine humility – in his expression and dealings he was so humble and never could one see a tinge of pride of being senior devotee or Prabhupada’s disciple or serving the movement so gloriously for entire lifetime, he was so humble from the heart, ready to do any menial service and always giving others opportunities to lead kirtans or give classes;
His love and care for all the Vaisnavas is so exemplary, even during his final days he was more concerned about making sure that the Vaisnavas who are coming to visit him are taken care of with prasadam, etc. Just few days before when he could speak softly he said “this loving vaisnava community is all we have. One should give up all sorts of false ego and develop genuine love for all the devotees.”

We all members of the New Goloka community feel blessed to have had the association of such a saintly personality and will certainly miss his association and kirtans.

All glories to His Grace Lalita Krishna Prabhu!!!