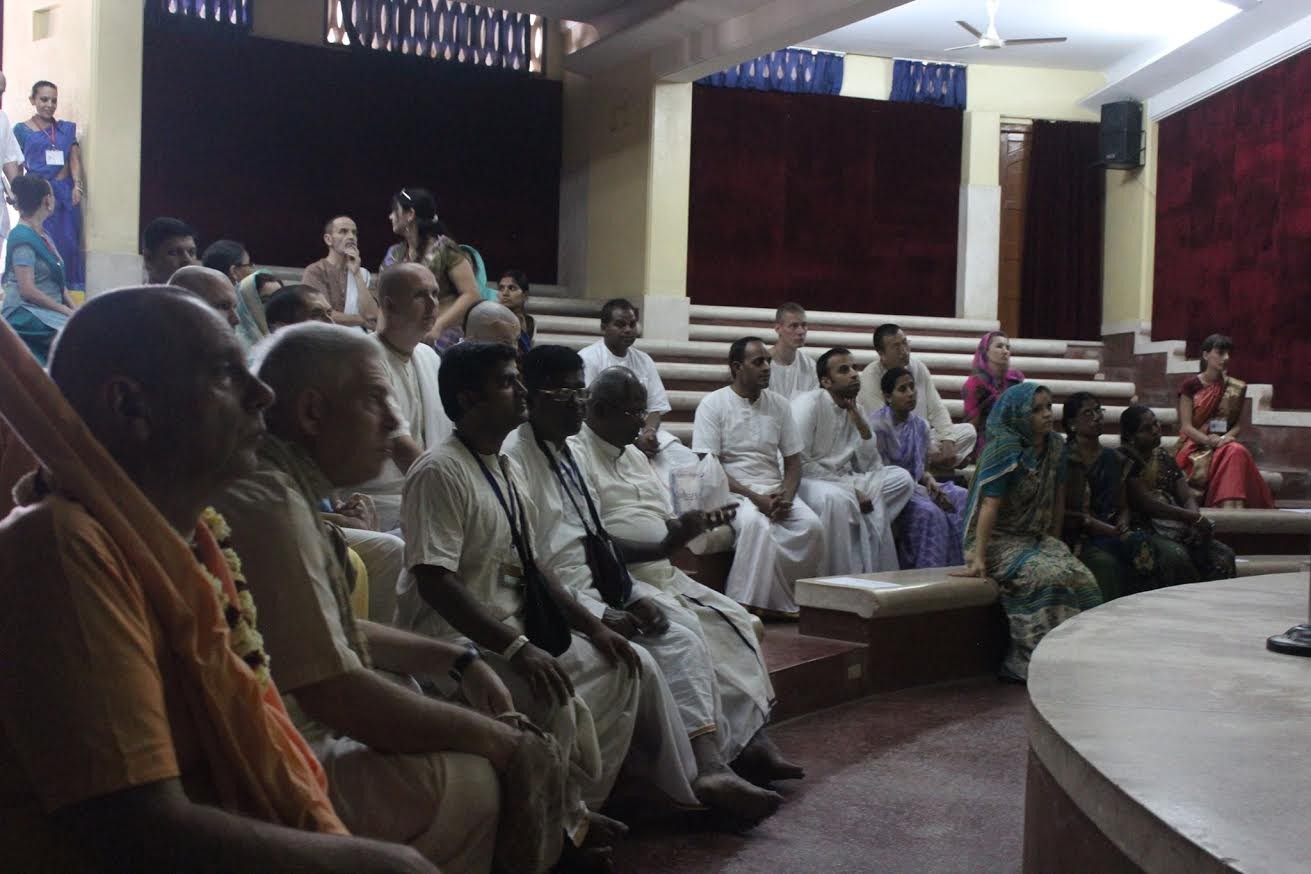 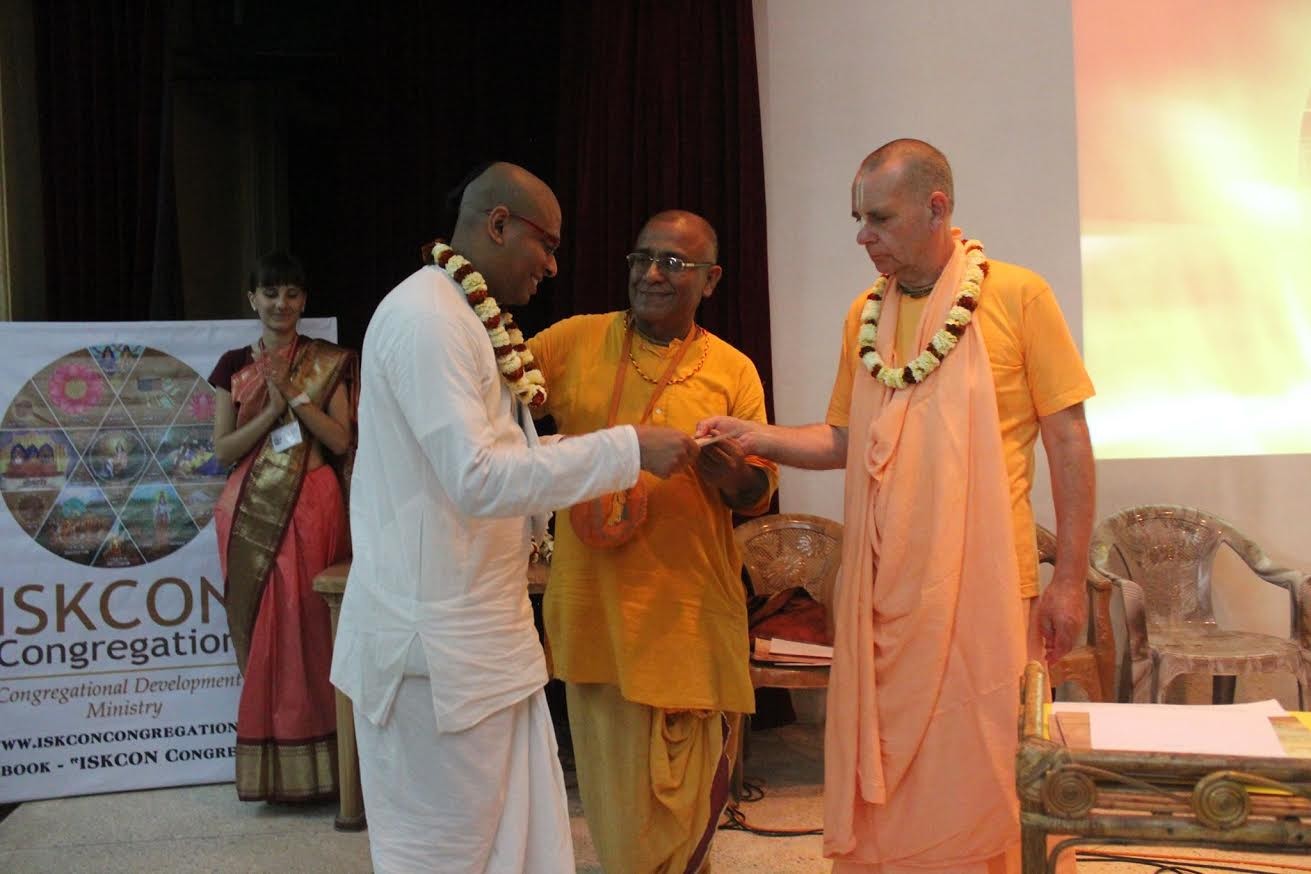 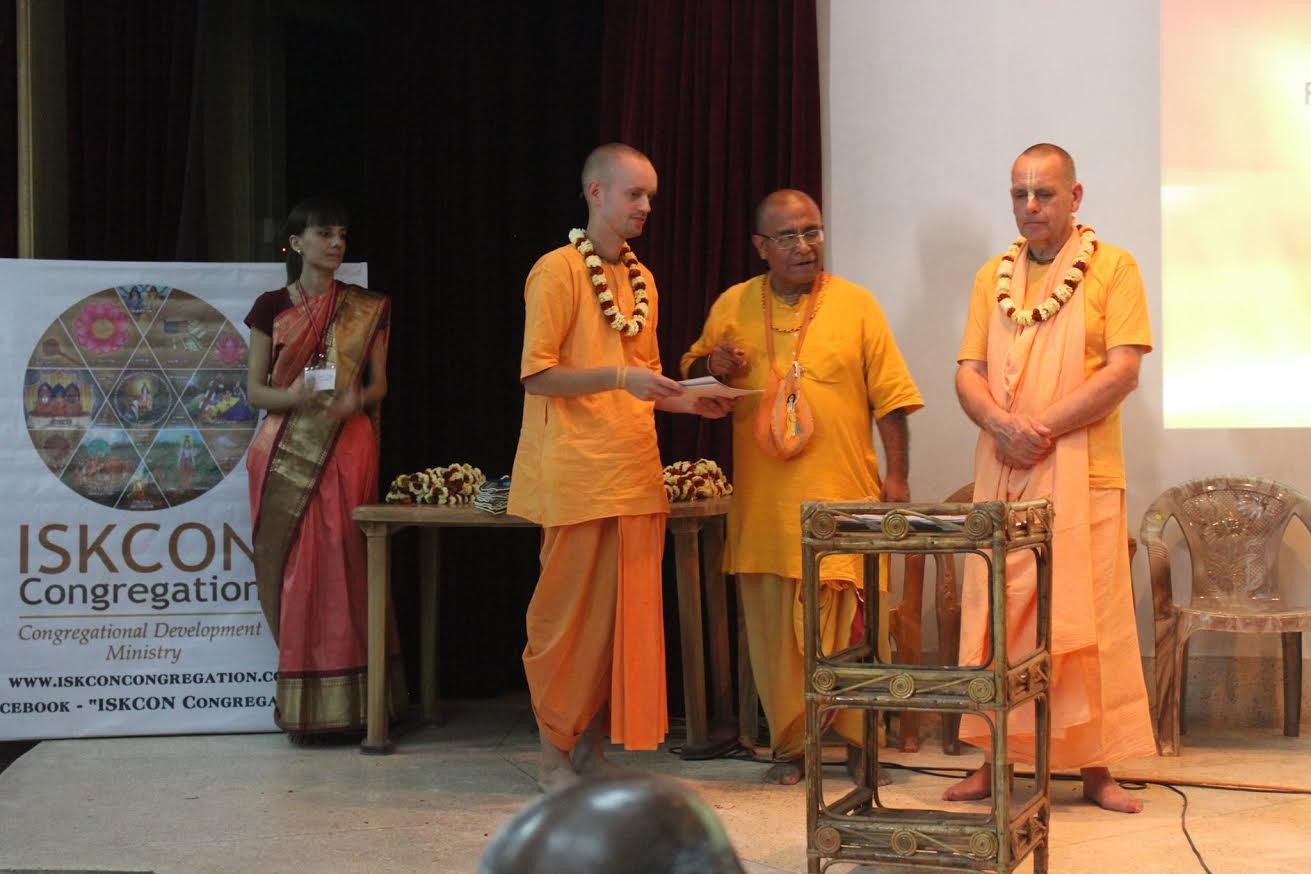 Every year ISKCON Congregational Development Ministry awards those devotees around the world who have done an outstanding service in the area of congregational preaching. This is done during the Gaura Purnima festival in Mayapur, where several of ISKCON leaders and preachers are gathered at that time of the year.

During this 2015 Annual Award Ceremony, devotees who have pioneered, maintained and supported congregational preaching programs were formally recognized and offered appreciation for their efforts in pleasing Srila Prabhupada’s preaching mission.
This year the highlights were programs supporting grihasthas’ preaching and developing more training material and online courses. Other highlighted areas were prison preaching and youth engagement. Manorama prabhu, ISKCON Youth Minister and several other young devotees were given awards for their services.

In Srila Prabhupada’s Samadhi auditorium in Sridhama Mayapur, Candramauli Swami and H.H Dhira Shanta Das Goswami presented the awards to devotees from different parts of the world and Co-Minister Jayapataka Swami hosted the prasadam lunch given to the participants.

BGIS, Vrindavan – A Spiritual Journey to the Himalayas