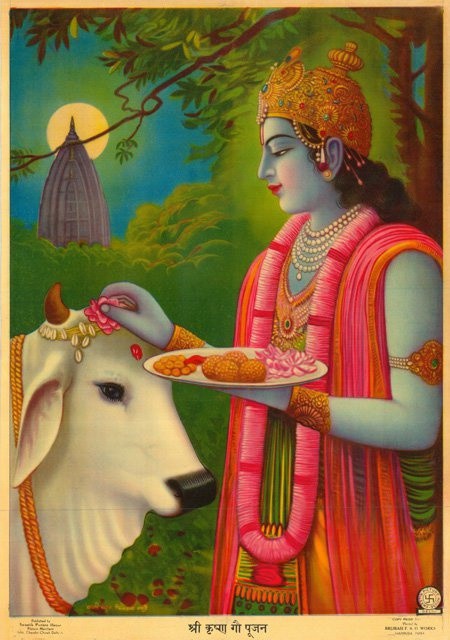 Animals, Consciousness and the Problem of Meat-Eating

In an article entitled “Born to Bun: Labels to Tell Meat’s Life Story” (New York Daily News, April 4, 2013), journalist James Warren informs us about the Obama administration’s recent move to get new information on food labels in the supermarket, specifically on meat products. They now want to let consumers know where the animal was born, raised, and slaughtered. Might this be too much information?

The USDA argues that such labeling is a step toward transparency, benefiting consumers on many levels. It carries on in the tradition of “people want to know,” the same tradition that gave us the now common product information labels with nutrition facts, calories in food, fat content, and so on. But not everyone agrees that this is desirable, at least not in all cases. At least not in this case. Concerned parties in Mexico and Canada, for example, who are primary beef exporters to the U.S., say that the labels would cause more harm than good. Bill Watson of the Cato Institute, a public policy research organization, says, “Do consumers really want the word ‘slaughtered’ on their meat? No. The consumer information argument is pure baloney. . . .” But the question should be Why? Why wouldn’t consumers want as much detail as possible on meat labels?

“If feds have their way,” writes Warren, “meats on supermarket shelves will include some unappetizing details, such as where the animal was slaughtered. . . . Labels on meat products sold in the U.S. could soon read like a sad mini-biography of the ranch-raised beasts.”

Many people prefer to think of their meat as attractively wrapped food, pretending it was never alive, never breathing, never responsive to tenderness. If this new law is put into effect, the world will be one step closer to having these illusions dispelled. After all, if something is born, raised, and slaughtered, it lived a life. And if it lived, and now sits on our plates, it was murdered.

The plain truth is this: Many people don’t want to know what they’re eating. Look at how we refer to a variety of flesh foods. We tend to use euphemisms. We call cow, beef; pig, pork; calf, veal; and so on. These terms serve as convenient distractors; they allow us to disguise what flesh-foods really are. Again, we’re talking about once living, breathing creatures who felt pain and pleasure.

Perhaps this is the point. Maybe people who eat meat prefer minimal information on their food labels not only because they fool themselves into thinking animals are just food, but because they don’t believe that these creatures could feel pleasure and pain.

Bernard Rollin of Colorado State University, an author of several books on animal rights and one of the people responsible for two U.S. federal laws regulating pain relief for animals, writes that “researchers remained unsure into the 1980s as to whether animals experience pain, and veterinarians trained in the U.S. before 1989 were simply taught to ignore animal pain.” Rollin worked diligently to prove that animals are conscious beings, offering scientifically verifiable grounds for claiming that they feel pain. He has proven that pain in animals can be demonstrated by adverse reactions to negative stimuli, just as in humans, and that positive feelings, or pleasure, can be determined in a similar way.

John Webster, a professor of animal husbandry at Bristol University in the U.K., agrees, and with great sensitivity states the following: “People have assumed that intelligence is linked to the ability to suffer and that because animals have smaller brains they suffer less than humans. That is a pathetic piece of logic, sentient animals have the capacity to experience pleasure and are motivated to seek it, you only have to watch how cows and lambs both seek and enjoy pleasure when they lie with their heads raised to the sun on a perfect English summer’s day. Just like humans.”

They are like humans in more ways than some people would like to admit. When Srila Prabhupada met with Mike Robinson of the London Broadcasting Company in 1976, they spoke about whether or not animals have souls.

Mike Robinson: How do you know that the animal has a soul?

Srila Prabhupada: You can know, also. Here is the scientific proof: The animal eats, you eat; the animal sleeps, you sleep; the animal has sex, you have sex; the animal also defends, you also defend. Then what is the difference between you and the animal? How can you say that you have a soul but the animal doesn’t?

Mike Robinson: I can see that completely. But the Christian scriptures say . . .

Those who kill animals and give them unnecessary pain as people do in slaughter houses will be killed in a similar way in the next life and in many lives to come. One can never be excused from such an offense. If one kills many thousands of animals in a professional way so that other people can purchase the meat to eat, one must be ready to be killed in a similar way in his next life and in life after life. There are many rascals who violate their own religious principles. According to Judeo-Christian scriptures, it is clearly said, “Thou shalt not kill.” Nonetheless, giving all kinds of excuses, even the heads of religions indulge in killing animals while trying to pass as saintly persons. This mockery and hypocrisy in human society bring about unlimited calamities; therefore occasionally there are great wars. . . . The International Society for Krishna Consciousness recommends that everyone abandon meat-eating, illicit sex, intoxication, and gambling. When one gives up these sinful activities, he can understand Krishna and take to this Krishna consciousness movement. We therefore request everyone to abandon sinful activity and chant the Hare Krishna mantra. In this way people can save themselves from repeated birth and death. (Caitanya-caritamrta, Madhya-lila 24.251, Purport)

Divine Foods service started for food distribution in Orlando and other cities of Florida, USA
Is the concept of “Sustainable Development” a lie?...

Who Should Give Bhagavatam Class?