From Morality to Spirituality 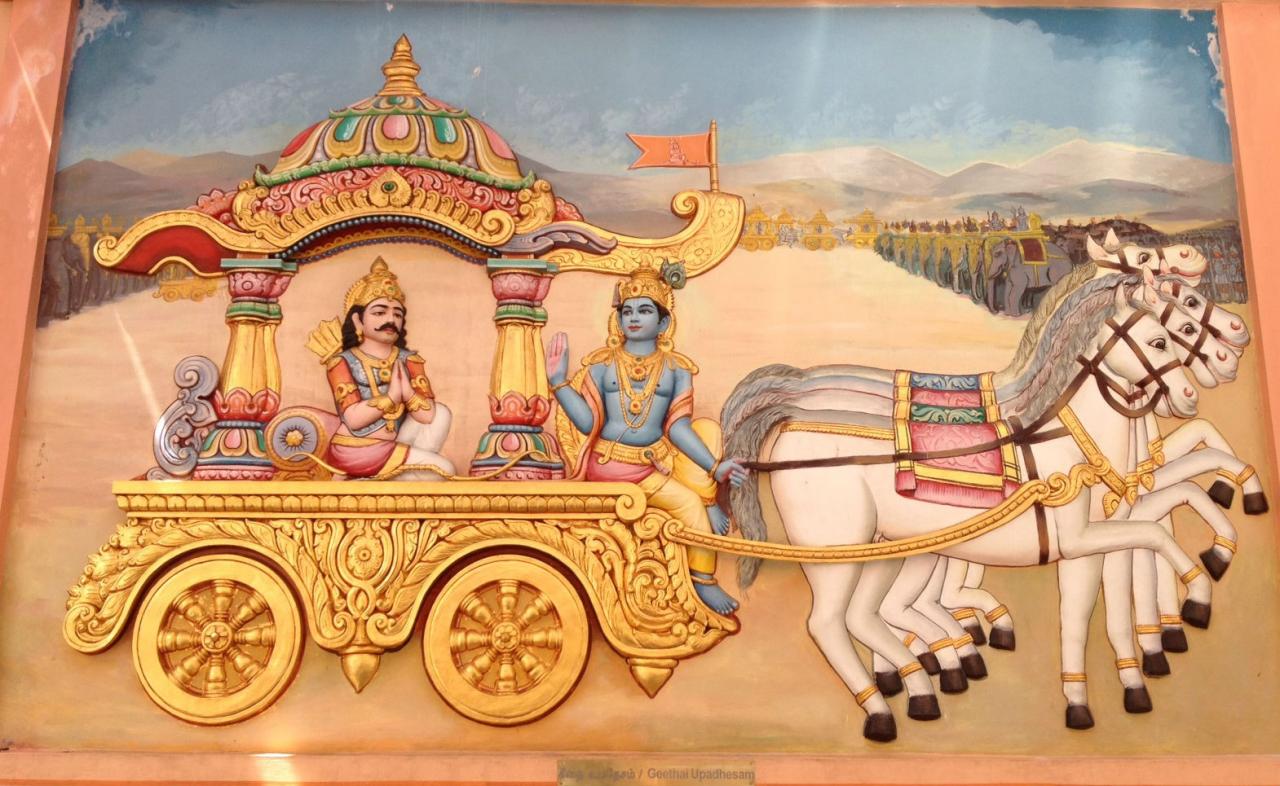 Daily news reports of things like corruption, nepotism, favoritism, and infidelity have us fed up. Politicians say, “Education in ethics and values is the solution. ” But don’t most people already know right from wrong? I think so. They just feel they’ll fare better in life without following moral codes. And exhortation by moralists or legislation by politicians doesn’t inspire them to think differently.

Living by moral principles is like following traffic laws for smooth and safe travel. The purpose of travel, however, is not to follow the laws but to reach the destination. If a traveler feels that the traffic laws delay him or obstruct his reaching the destination, he may break them if he thinks he can get away with it.

Like traffic laws, moral principles promote order, specifically orderly social interactions. But modern education doesn’t teach us about the goal of social transactions or of life itself. Consequently people may stay moral out of deference to culture or tradition but give up morality when circumstances threaten or tempt them. Worse still, the incessantly glorified goals of modern consumer society—fame, wealth, luxuries, power, pleasure, prestige—encourage and even necessitate immoral behavior. The Bhagavad-gita (16.8–15) explains that a materialistic worldview leads to insatiable lust and greed, which impel corrupt actions. When people are surrounded and bombarded by materialistic allurements, they may feel that by being moral they stand to lose a lot and gain nothing tangible. Moreover, our godless education gives us no knowledge about any higher-order natural laws of cosmic accountability. And the fallibility of our penal systems is all too well known. The result? Morality appears entirely dispensable, especially for the shrewd or powerful. In such an environment, how can we expect mere platitudes to inspire people to be moral?

Love: The Basis of Morality

“Morality means lack of opportunity.” This saying catches the tottering utilitarian approach to morality. The Vedic texts of ancient India assert that morality without spirituality is baseless and therefore short-lived. If we seriously want morality in society, we need to introduce systematic spiritual education centered on a positive goal of life. The Vedic texts inform us of a nonsectarian universal spiritual goal of life: to develop pure love for God. We are all spiritual beings and are meant to rejoice in our eternal loving relationship with the supreme all-attractive spiritual being, God. Being intrinsically spiritual, we find real happiness not in material acquisition but in spiritual awakening our innate love for God. The more we love God, the happier we become.

Love for God results in love for all living beings as our brothers and sisters in the one universal family of God. When we love all living beings, we will no longer desire to exploit or manipulate others for our selfish interests. Instead, our love for God will inspire us to love and serve each other. This will create a culture of warmth and trust, which engenders moral behavior. This contrasts sharply with the modern culture of alienation and suspicion, which fosters immorality.

Genuine spiritual practices, even in their preliminary stages, trigger our innate value system. We intuitively realize that God is our greatest well-wisher. Subsequently we voluntarily and lovingly choose to lead a morally and spiritually principled life, as ordained by God, knowing it to be in our ultimate interest. And as we find inner happiness by loving God, we become freed from selfish, lusty, greedy, and egoistic drives. No longer do we feel we are missing anything because of our morality. Morality ceases to be the “difficult but right” choice. Rather it becomes the easy and natural course of action for our spiritual growth.

Not Utopia, But Reality

Some may feel, “All this sounds good, but it’s unscientific and utopian.” In other words, we live in an age where only the scientific, practical worldview is considered reasonable and acceptable. But is the Vedic worldview really unreasonable or impractical?

We need to remind ourselves that science has never proven the non-existence of God or the soul. Rather the reductionistic approach chosen by most scientists for studying the universe just presumes the non-existence of any spiritual reality. Strikingly enough, even within this reductionistic framework some scientists conclude that the evidence strongly suggests a super-intelligent designer of the cosmos (God) and a non-material source of consciousness within the body (soul).

Love of God will appear utopian only as long as we do not know the coherent philosophy and the clear-cut path to its attainment. Through genuine spiritual practices like prayer, meditation, and chanting the names of God, anyone can experience spiritual enrichment. Once we taste immortal love, we realize that it is the defining and unifying goal of life.

Someone familiar with episodes in the lives of Krishna and his devotees might object: “But Krishna Himself sometimes acts immorally. And so do his devotees. How can worshiping an immoral God help us become moral?”

To understand this, we need to first consider the ultimate purpose of all morality. We are lost in the darkness of ignorance in the material world, not knowing what to do and what to avoid. Like a torch, moral codes light the way for us. They protect us from being waylaid by selfish desires and keep us on the way toward our ultimate objective—achieving love for Krishna and returning to him. But Krishna is the source of all morality, just as the sun is the source of all light. Because he is fully satisfied in himself, he acts only out of selfless love for us, either to reciprocate with our love or to help us rectify our errant ways. He does not need moral codes because he has not the slightest trace of selfish desires. It is we who need moral codes because we are filled with selfish desires. But if we become proud of our morality and try to examine Krishna with our moral standards, that’s like searching for the sun with a torch. It’s foolish and futile.

When the sun rises by its own accord, its effulgence reveals its full glory. Similarly when Krishna decides to reveal himself by his own sweet will, we can understand his pure morality and glory. Until then it is best for us to scrupulously follow moral codes to please him so that he may eventually reveal himself. And we should be careful not to become proud of our righteousness.

If we accept Krishna’s position as the Supreme Lord, we can gain some understanding about how all his acts are moral. For example, Krishna steals butter from the houses of the cowherd women of Vrindavana. But how can he be considered a thief when he creates and owns everything? He takes the role of a child to reciprocate the maternal affection of his devotees. His stealing, a naughty childhood prank, enhances the sweetness of their loving exchanges. How can that be compared to our stealing, which leads to pain and punishment?

Similarly Krishna takes the role of a handsome youth to reciprocate with the devotees who desire a conjugal relationship with him. His love for the gopis (cowherd maidens) is based not on the beauty of their bodies but on the devotion of their hearts. Some people allege that Krishna’s pastimes with the gopis are like the lusty dealings of ordinary boys and girls. But then why would highly renounced saints who give up the sexual love of this world, seeing it as disdainful and distasteful, worship the pastimes of Krishna with the gopis? Even today thousands of people all over the world are becoming free from the control of lusty desires by chanting Krishna’s names and worshiping him. If Krishna himself were controlled by lust, how could he free his devotees from lust?

In the battle with the Kauravas, Krishna urges the Pandavas to act immorally. But that is like an authority’s urging policemen to break the speed limit to catch thieves who are speeding away. The policemen are (apparently) breaking the law to serve the purpose of the law. Similarly the Pandavas break moral codes to serve a higher purpose that Krishna wants to see fulfilled: to establish the rule of morality by removing the immoral Kauravas from power.

In exceptional circumstances, Krishna’s devotees may act seemingly immorally to do his will, which is meant for the ultimate good of all living beings. But generally devotees follow moral codes as an expression of their devotion to Krishna. In fact, without devotion, we will not have the inner strength to sustain lifelong adherence to moral principles.

We need to exercise caution in understanding Krishna’s actions, which are above morality. Otherwise, we may misunderstand him and reject his love, condemning ourselves to staying below morality and suffering the karmic reactions for our misdeeds.

If we want lasting morality, empty exhortation and ineffectual legislation won’t do. As long as people are taught to pursue material goals, they will feel morality to be impractical or even undesirable. Only when they know and pursue love for God as the goal of life will morality become desirable and practical for them. Therefore at a social level we need to introduce genuine spiritual education and practices leading to love for God and inner fulfillment. And at an individual level, recognizing the spiritual basis of morality is highly empowering. It opens for us a course of action far superior to apathy, tacit approval, helpless lamentation, or indignant self-righteousness. In a cancerous tissue, one healthy cell can activate the healing process. Similarly when the cancer of immorality afflicts modern society, each one of us can, by leading a life of spiritual and moral integrity, activate the process of social recovery.

The Authority of the Puranas

Astrology And Free Will

Slokas Why memorize them?