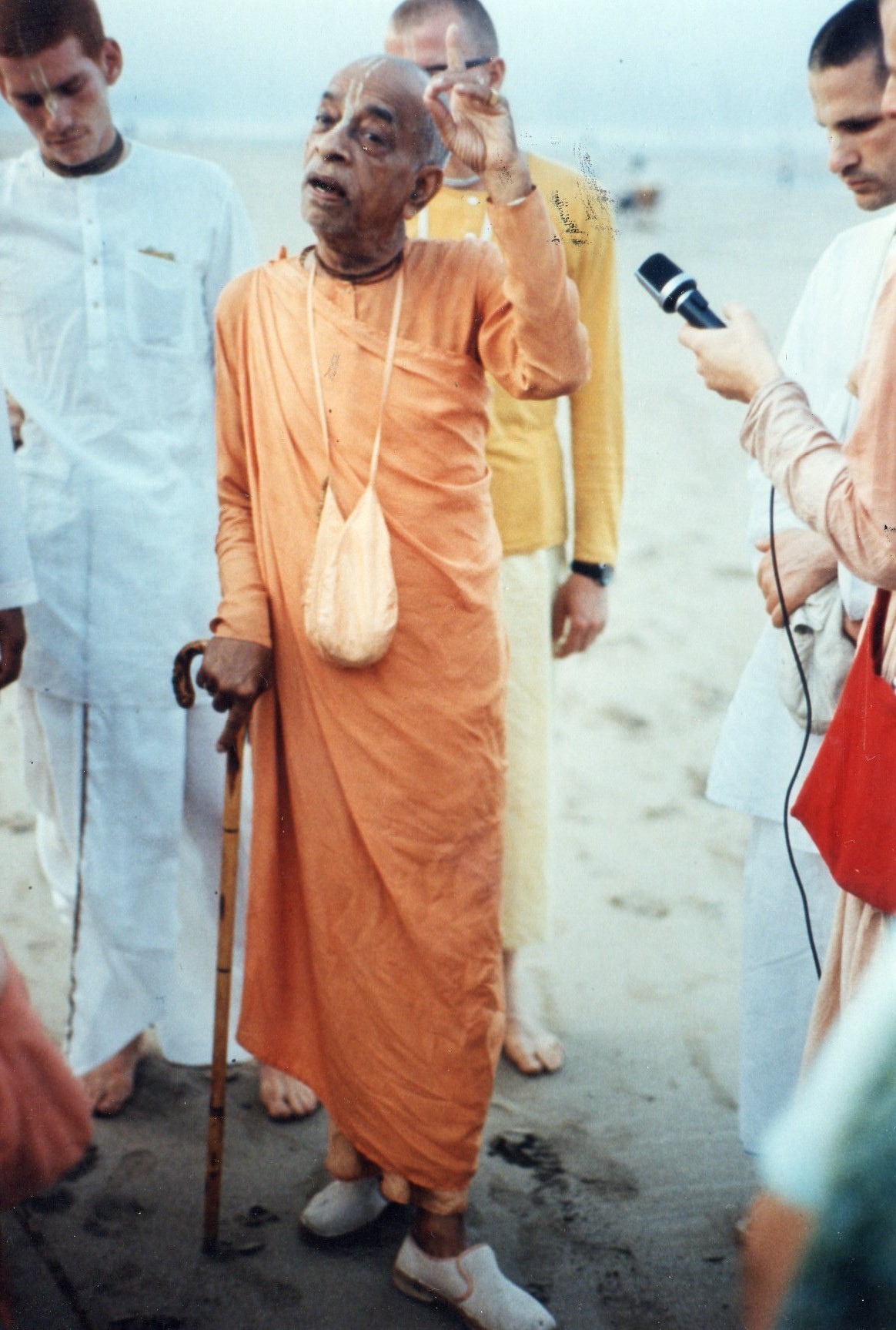 Atheistic scientists and intellectual cynics rely totally upon their own brains for knowledge. Such brainpower has brought a little comfort for humankind, but at the expense of ruining our earth, atmosphere, and oceans. Human brains alone have caused more damage than good. In defence of this damaging progress, attempts are made to belittle religion.

Atheism Gets Romantic With Mammal Morality

It appears that a number of atheistic scientists have caught wind of the accusation of ‘No-purpose’ levelled against them. They have done some homework and figured out cute responses in debate. They now try to make atheism appealing for the heartstrings, like religion does. “Yes, of course there is purpose to our lives… and we love and want to share that love…” is their charming open-arms invitation. Is there such a thing as scientific love? How would such ‘love’ benefit humankind?

It should be a very interesting concept. We are considering soul-less love, mechanistic love, God-less love, mammal love and the rest. If we tie this in with scientific ideas of morality, we’ll end up with a human zoo type of civilization. For them, we humans are progressive mammals. If we humans are to replicate mammal love, it means the rule of the jungle must prevail. Bring morality into the fray and we’ll have George Orwell’s Animal Farm, with a twist. This novel is a fantasy commentary on real life human existence. Does this pull at our heartstrings? It is an ‘Atheistic Science with a smile’ exercise.

By saying that atheists are capable of genuine love, is putting a romantic spin on love without a central pivot that is God. Again, the game of playing God in His absence, with an almost religious tenor, is acting out. Whereas religious sentimentalism was decried by atheistic scientists for its lack of hard-nosed evidential research, we now see soft-nosed appeals to sentiment in presenting a pretty face of charming atheism.

For all who want to eliminate God who “allows evil” to thrive in this world, they say, humans left to themselves can do well without Him. The social and moral aims of religion and science are quite similar. “But why add a religious identity and dogma to your human cause?” they ask. “Let’s get on with improving society without a God, because He allows evil to ruin morality… if He does exist”.

Scientific ignorance of the reasons why evil befalls humanity is going to manifest as ignorant love and morality. Beastly morality has certain charms for curious animal watchers. Animal culture must be the outcome for scientific morality, with ‘love’ added to it. Will this be progressive for society? Yes, it will. Society will progress exponentially. How so?

Srila Prabhupada said that there is progress in the decaying of a corpse – that is also progress. This brilliant example applies to how a soul-less, God-less society will progress – in the opposite direction of ‘good’.. If atheistic scientists have their way and assume power over humanity, people will have much to look forward to. How about wildly anticipating ‘Decayed Optimism?’ Or ‘Optimal Backwardness?’ Perhaps we can romanticise it and call it, “The Glorious March To Oblivion”. “Going Nowhere In Particular” sounds chic.

One of the most outspoken of atheistic thought, Mr Richard Dawkins, accuses religious people of being lazy. Lazy, because they accept God as a conclusion without first doing all the hard, difficult scientific research to reach that end. In saying this, he does not consider how people can reach this God conclusion by intuitive deduction. Such intuitive short cuts develop due to sukrti, something unknown to atheists. They can call it laziness though.

Mr Dawkins speaks this way while trying to make sense of the world he inhabits. He would rather get down on his hands and knees as it were, and crawl towards the jackpot of all discoveries via his faulty senses and faculties. It cannot possibly happen this way, even if he takes rebirth somehow as Mr Dawkins, life after life trillions of times. He first has to recognise extra-sensory and multi-dimensional possibilities before crawling a few metres ahead. By crawling like this, at least Mr Dawkins displays some mammal tendencies.

While Mr Dawkins is stuck at crawling pace and is grounded in Nowhere land,, he reveals a sort of envy for others who intuitively believe that only another dimensional reality with infinite intelligence can make our cosmos, finely tuned as it is, for life. Such believers usually have definite goals in life. This certainty unnerves atheistic scientists who also say it is a form of copping out.

While copping out, “They do good for society only because it is what their God wants… If there was no God, would believers put in the same effort?” they challenge. “These do-good schemes are done to earn rewards in the after-life…,” they say. We have to agree. Religion is mostly motivated for gain. At least believers accept God as a provider and rewarder.

Atheistic scientists claim that their non-belief in God is not a school of thought, philosophy, creed or any other institutional cause. Yet the precepts of Darwin and other dogma written in school text books to influence young minds is not a part of this, is it? What about the profusion of scientific journals and media promotions and ‘God is dead’ arousals? I suppose these are not contributors either, are they?

People who believe, at least have some direction in their lives, motivated or not. The laborious task of finding solutions to the problem of life through masses of mathematical data, incredible engineering feats (Hadron Collider), extreme mental gymnastics, fantastic theory postulations and other ‘hard working’ chores makes it seem as if atheistic scientists are moving at a faster pace than believers. In reality, they are going nowhere in particular. How are devotees going to deal with this?

How certain are we about Bhakti and its philosophy? Perhaps too certain, in the way we portray it sometimes, especially to seekers of truth, like atheistic scientists. For them, it is the height of arrogance to claim certainty in knowledge. We know the answers to everything, right. Maybe not about the minutia of quantum theory and cosmology, but we might make up for what we don’t know and say, “Krishna is behind everything…” and pass that off as having an answer to all things. Intellectual cynics are not impressed by such certainty.

Intellectual cynics prefer that there be lots of unknowns within the world. That way they can explore, invent, and wonder in awe. If everything was certain and we knew the answers to everything, this would make our world a boring place. If there is utmost certainty in heaven or in our Shangri la spiritual realm, whatever it is, then that must be boring as well. In addition, because we, as practitioners of Bhakti can come across as knowing all the answers, this can augment their sense of boredom. In other words, if everything is perfect and known, this leaves no room for wonder, surprise, anticipation, renewed happiness and other emotions that make life exciting.

This state of affairs is what it is like living in the Brahmajyoti. Everything is fixed, certain and static as far as renewed happiness goes. It is not our aspiration to go there. This observation of intellectual cynics is a correct one. While they peer out into the night sky and gaze and wonder in sheer awe and amazement at the unknown, at least they are feeling something indirectly towards Krishna’s indirect presence.

For devotees who are disciples, a guru has to be certain. That certainty pertains to philosophy and finer aspects of Bhakti. Such certainty aids in imparting knowledge and wisdom. Once disciples have assimilated this, they pass it on. How we pass it on without being know-alls can help people become friends, and friends listen to friends, not to know-alls. While on the path of Bhakti, devotees continue to learn and wonder and take lessons from cats, dogs, spiders and atheistic scientists even, and all other of natures’ offspring.

If our aspiration is to go back to Godhead, then we have to also realise that that place, although perfect in every way, is full of wondrous uncertainty. Even Yogamaya Herself, who arranges pastimes for the Lord there, and knows the outcomes, still takes part in such pastimes and wonders like everyone else with uncertainty. All-knowing Krishna is forever wondering what will happen next as He plays with His devotees. This way, there is no limit to the excitement of being with Krishna. This should sound appealing to intellectual cynics, if we can give them faith through our friendly, reasonable ways of communicating God conclusions. As for Srila Prabhupada’s certainty, where he writes in his books, “this is a fact… That is a fact…” this is a hard act to follow.

5 Responses to “Going Nowhere In Particular”