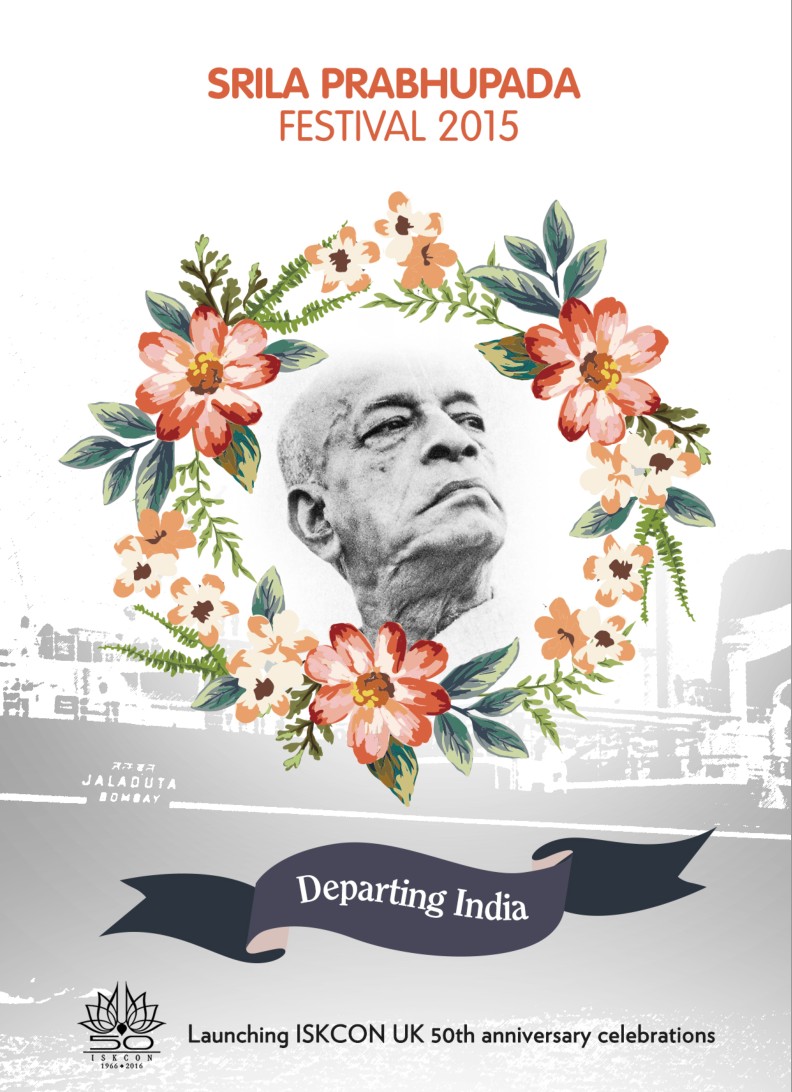 A celebration to mark the launch of a year of events and festivities to commemorate 50 years of the Hare Krishna movement worldwide was hosted on Saturday 20th June by ISKCON UK.

It marks the start of a year of celebrations to commemorate the 50th anniversary of the incorporation of ISKCON, the International Society for Krishna Consciousness, founded by His Divine Grace AC Bhaktivedanta Swami Srila Prabhupada in 1966.

Leaving behind his peaceful life serving at the Radha-Damodar Temple in the holy town of Vrindavan in India, Srila Prabhupada journeyed alone on board the Jaladuta before arriving in Boston, USA in 1965. In doing so, Srila Prabhupada was attempting to fulfill the wish of his spiritual master, Bhaktisiddhanta Saraswati Thakur, to spread the holy names to the West.

Devotees attending the event had the opportunity to hear from HH Sivarama Swami, who discussed the series of events leading up to Srila Prabhupada’s departure.

Sivaram Maharaj spoke about the series of events leading up to Prabhupada’s departure, and HG Kripamoya Prabhu correlated the events with the history of this in India at the time.

In addition, there was an update on the Temple of the Vedic Planetarium (TOVP) project from HG Praghosa Das, and HG Devaki Dasi, the UK’s National Coordinator for the 50th anniversary celebrations, spoke about the plans for next year.

The event concluded with a beautiful rendition of the poem that Prabhupada wrote on the Jaladuta by Chakrini Devi Dasi.

“You cannot over emphasise the importance of people understanding Prabhupada; it is going to take programmes like this to help pass on who Prabhupada was and the sacrifices he made from generation to generation.”

HG Praghosa Das, GBC, said: “It is a great privilege to be launching ISKCON 50 in the UK. With this early event we want to inspire everyones hearts and prepare there minds for the great year of celebrations ahead.”

Women in Spiritual Culture
Save Vrindavan for future generations