The passing of Jagat Pati 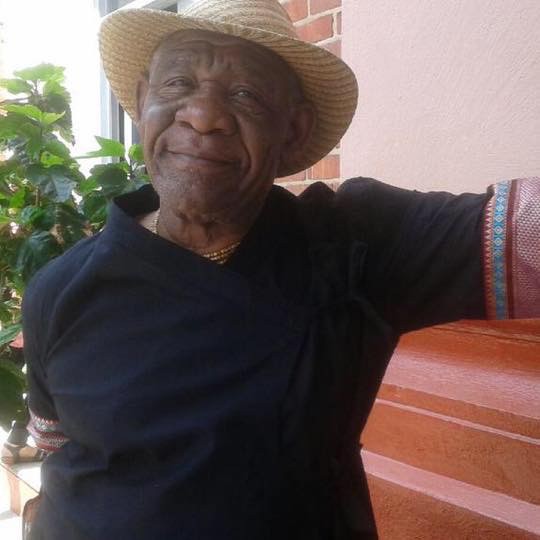 Kamalakanta das: It is with a heavy heart that I wish to inform the vaishnava community of the passing of Jagat Pati Prabhu . He worked the front desk and provided security at ISKCON Brooklyn for many years . Jagat Pati had started coming to the Henry St. temple in Brooklyn in the early seventies . He had met Srila Prabhupad and had his association, but did not take initiation at the time as he did not feel he was ready . Eventually he took shelter of H.H. Bhakti Tirtha Swami and became his initiated disciple .So many devotees have been touched by Jagat Pati’s association . So many have visited from other parts of the country and the world and had inspiring talks with him . Jagat Pati was completely absorbed in Krishna Consciousness .

Whomever he met, he discussed Krishna Consciousness . He was always trying to uplift and inspire others and he was always pushing himself to go deeper and deeper . He knew how precious time was and how little of it we really have in this material world . He was never under any illusion that spiritual life could be put off to a later time . His consciousness was always that death may come at any time . He always told me that he was trying to get his act together and he knew he could go at any time . I don’t think there is anyone who attended Brooklyn temple on a regular basis or even a not so regular basis who did not talk with this man. It was very rare to get just a Haribol out of him and nothing else . He always wanted to know how you were doing and how your spiritual life was going . If you were feeling down and spiritually weak he would always give you inspiring words to uplift you and give some hope.

A few years ago while Jagat was living in the Brooklyn Temple he had a stroke . During this stroke he had a near death experience which he had described to me . I don’t remember the exact details but in his near death experience he had seen Srila Prabhupad and his spiritual master Bhakti Tirtha Swami . This experience changed him profoundly and made him become even more serious and absorbed in his bhakti . He had no fear of death and knew it would not be long before having darshan of his siksha and diksha gurus again . Jagat Pati was one of the kindest and most loving devotees I have ever met and he will be missed dearly .

A few months ago I came to Brooklyn temple ,( I live in South Queens out by JFK ) and saw Jagat and as usual we started having a deep conversation. I had maybe been there twenty minutes and I had taken the subway . Jagat Pati asked me if I wanted a ride home . I told him it’s okay I don’t want him to go out of his way . Then he told me ” Prabhu , I need somebody to talk to .” So I said okay Jagat lets go . I was glad to be there for him as he had always been there for so many to talk to . It was one of the last deep talks I had with him.

It is a sad day for ISKCON New York and all of the devotees who knew him elsewhere that passed through NYC . He will be missed dearly and many will remember him preaching to them on their first few visits to ISKCON Brooklyn . May he have a safe journey back home .

The passing away of Devaki Mayi