India in Greece or Truth in mythology 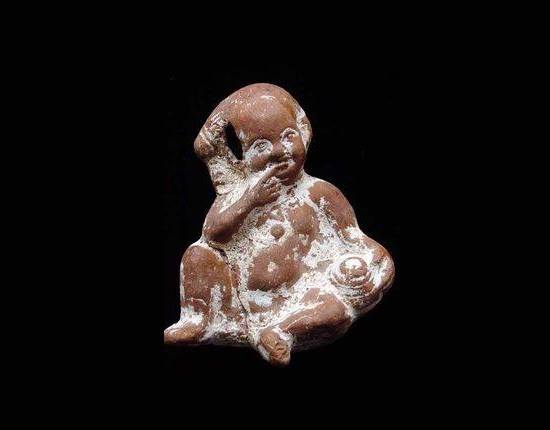 If while journeying throughout India, a Greek guy was to knock on everyones door and ask them to explain the above picture, every Hindu and his mother would say the same thing. Imagine their surprise to be told this was actually a Greek God named Harpocrates. 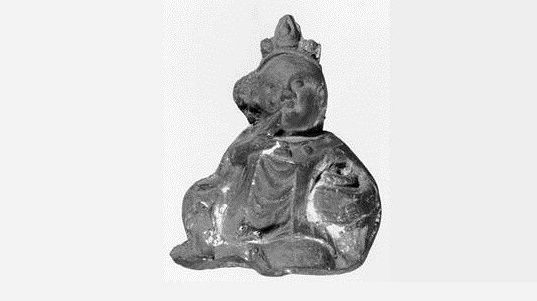 It seems that this was originally taken by the Greeks as a symbol of the Egyptian child God Horus ( Hari ) and the Greeks, being the Greeks, turned it into something else. A Hindu will point out to this inquisitive enquirer erm on the right is the butter pot, on the left is the butter going to the mouth and on top is a peacock feather, erm. 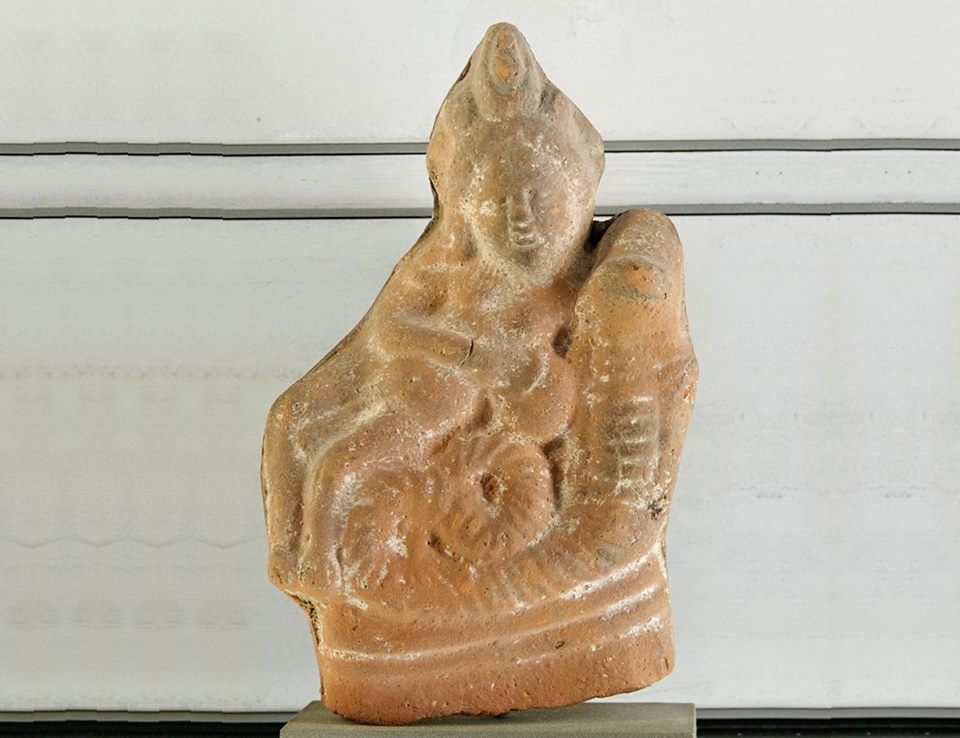 This statue of Harpocrates once again shows the peacock feather, the butter pot and the right hand going into the pot to empty its contents. Have you noticed how its always the right hand going in the mouth or the right hand going in the pot, which is a particular Indian custom and unless there is food in the pot it makes no difference if its left or right. There is another thing which should be observed and it sits there like an elephant in the room, and thats Harpocrates sitting upon a coiled up serpent, and once again every Hindu and his mother would tell you this is, erm, Ananta Sesa. In Greek mythology Harpocrates likes to sit upon either a lotus or a serpent, how convenient, espescially for those who rewrite Greek history. 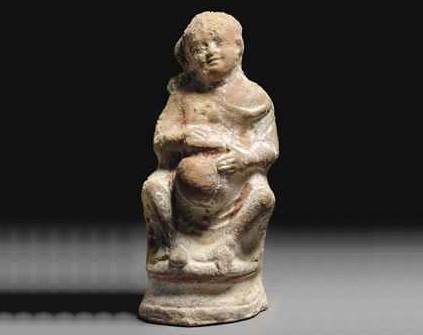 Another picture where Krsna, sorry Harpocrates has his right hand in the pot. According to the Greeks Harpocrates is the God of silence and the finger to the mouth is simply Harpocrates telling everyone to shut up. It really does make you wonder who makes these things up, if you wanted a God of silence why a child ? And why are there so many pictures without his finger to his mouth, instead the child is simply concentrating upon his butter pot. The greeks of course will tell you that the pot is the horn of plenty which is full of fruits. So taking this into consideration, if the pot is full of fruits why is the hand that goes into the pot then telling everyone to shut up ? 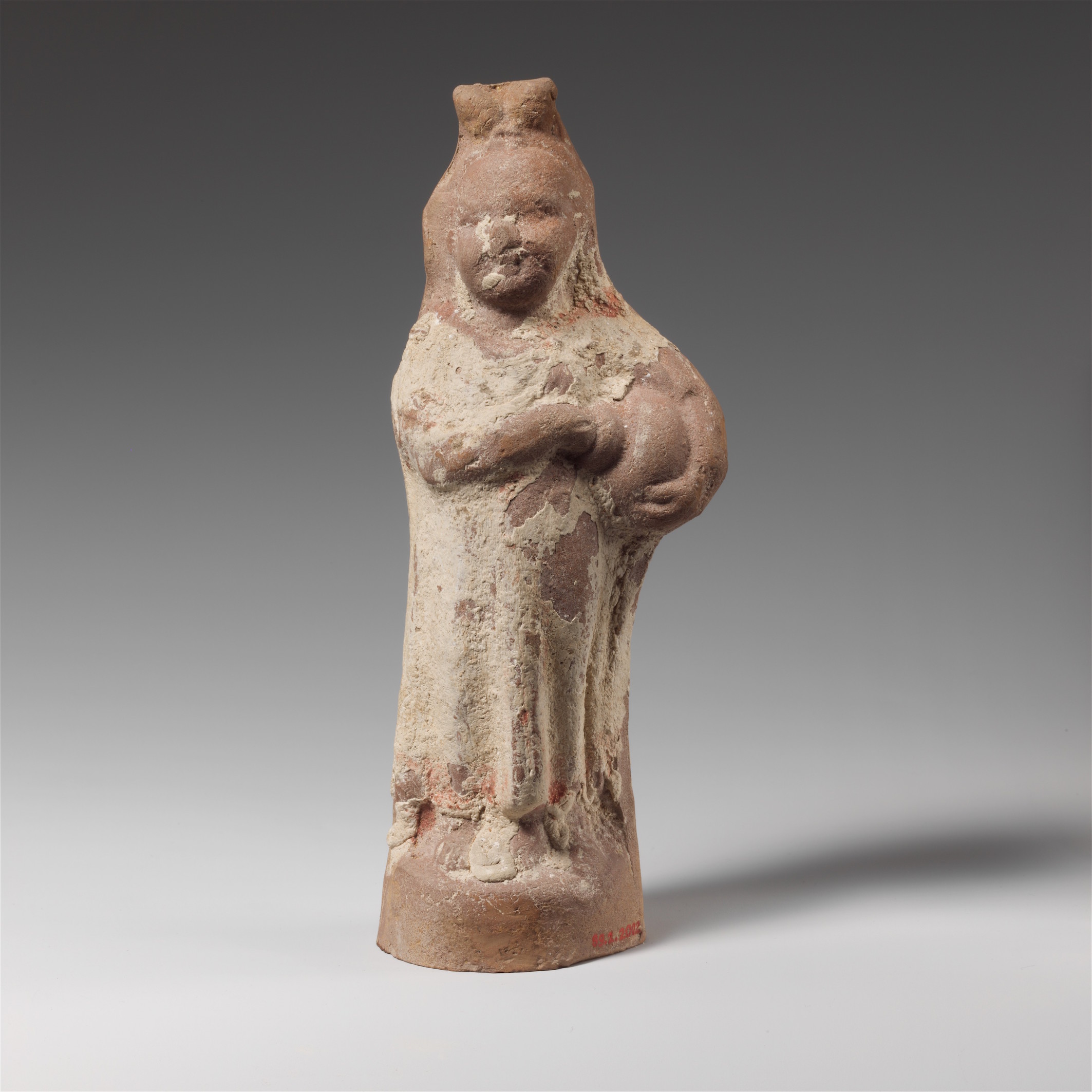 Another statue of Harpocrates, the pot he holds is described by comentators as a difficult to identify object, though what is difficult about spotting a ceramic pot is beyond me. His popularity in Greece was espescially throughout the countryside where he was looked upon as an agrarian God, a symbol of simple childhood, which is very much reflective of baby Krsna, the darling of Vrindavan.

The Greek statue on the left shows Harpocrates with his brother, once again there is the butter pot which his brother seems to be helping himself to a good right handful of and once again Harpocrates is apparantly telling everyone to shut up. The picture on the right is what Hindus see, Krsna and Balrama enjoying mother Yasodas butter, no need for silence just God doing what he does best  –  enjoying. 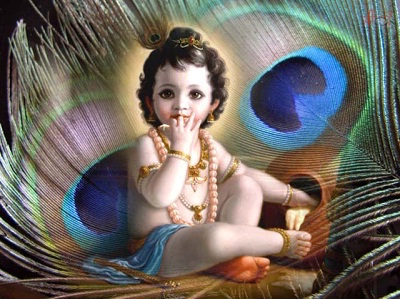 As previously stated the Greeks apparently modelled Harpocrates upon the Egyptian child God Horus. Its interesting how the Egyptologists come up with these names. As we know in Hieroglyphics the Egyptians did not use vowels, for Queen Nefertiti the Hieroglyphics were NFR. The Egyptologists then speculate and come up with the name Nefertiti. Same with the Greek child God Horus, the only indication of his name in Hieroglyphics is HR, the name could just as easily be speculated as Hari, but with more justification.

In fact it seems the original name for Horus was Hari Krist, the other name being Har – pa – khered and Haru. The Greeks then adopted him as Harpocrates and the more we look at the evidence the more we see the obvious similarities between Harpocrates and baby Krsna. The pictorial evidence is overwhelming and the literal description of Horus is equally so  ” A blue child God with peacock feather in his hair, a pot under his arm, his finger in his mouth and seated upon a lotus “. 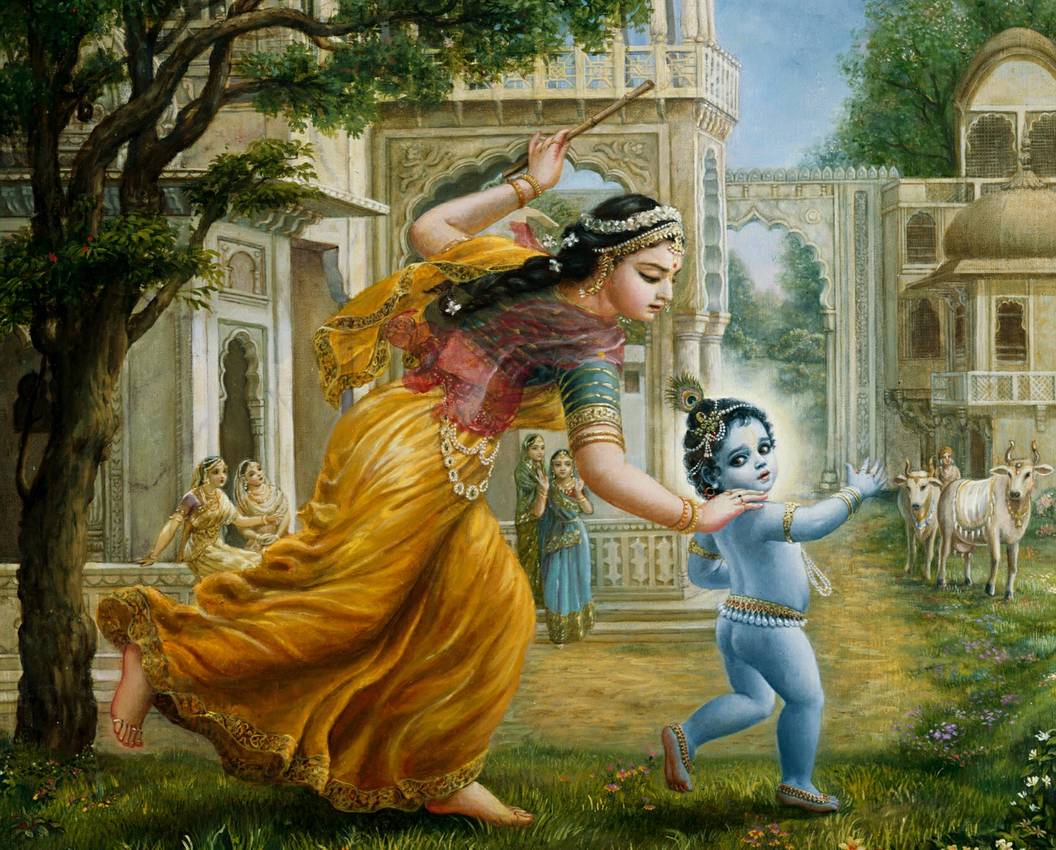 “At the mouths of the Indus dwell a seafaring people, active, ingenious, and enterprising as when, ages subsequent to this great movement, these people coast along the shores of Mekran, traverse the mouth of the Persian Gulf, and again adhering to the sea-board of Oman, Hadramant, and Yeman, they sail up the Red Sea; and again ascending mighty stream that fertilizes a land of wonders, found the kingdom of Egypt, Nubia and Abyssinia. These are the same stock that, centuries subsequently to this colonization, spread the blessings of civilization over Hellas (Greece) and her islands” Edward G Pococke – India in Greece.

” It is more likely that Pythagoras was influenced by India than by Egypt. Almost all the theories, religions, philosophical and mathematical taught by the Pythagoreans, were known in India in the sixth century B.C., and the Pythagoreans, like the Jains and the Buddhists, refrained from the destruction of life and eating meat and regarded certain vegetables such as beans as taboo” “It seems that the so-called Pythagorean theorem of the quadrature of the hypotenuse was already known to the Indians in the older Vedic times, and thus before Pythagoras”. (Legacy of India 1937, p. 5). Professor H. G. Rawlinson.

“The affinity between the Greek language and the old Parsee and Sanskrit is certain and essential. The use of cognate idioms prove that the nations who used them to have descended from the same stock. That the religion of the Greeks emanated from an Eastern shore no-one will deny. We must therefore suppose the religion, as well as the language of Greece to have been derived, in great part, largely from the east”. Dr Prichard – Physical History Of Man.

“The whole of this state of society, civil and military, must strike anyone as eminently Asiatic; much of it specifically Indian. Such it undoubtedly is. . . these evidences were but the attendant tokens of an Indian colonization with its corresponding religion and language. . . the whole of Greece, from the era of the supposed godships of Poseidon and Zeus, down to the close of the Trojan war was Indian in language, sentiment and religion, as well as the arts of peace and war.”  –  Edward G Pococke.

Sense Gratification An Essay in Pathology

The Out of Africa Theory Versus the Vedic View