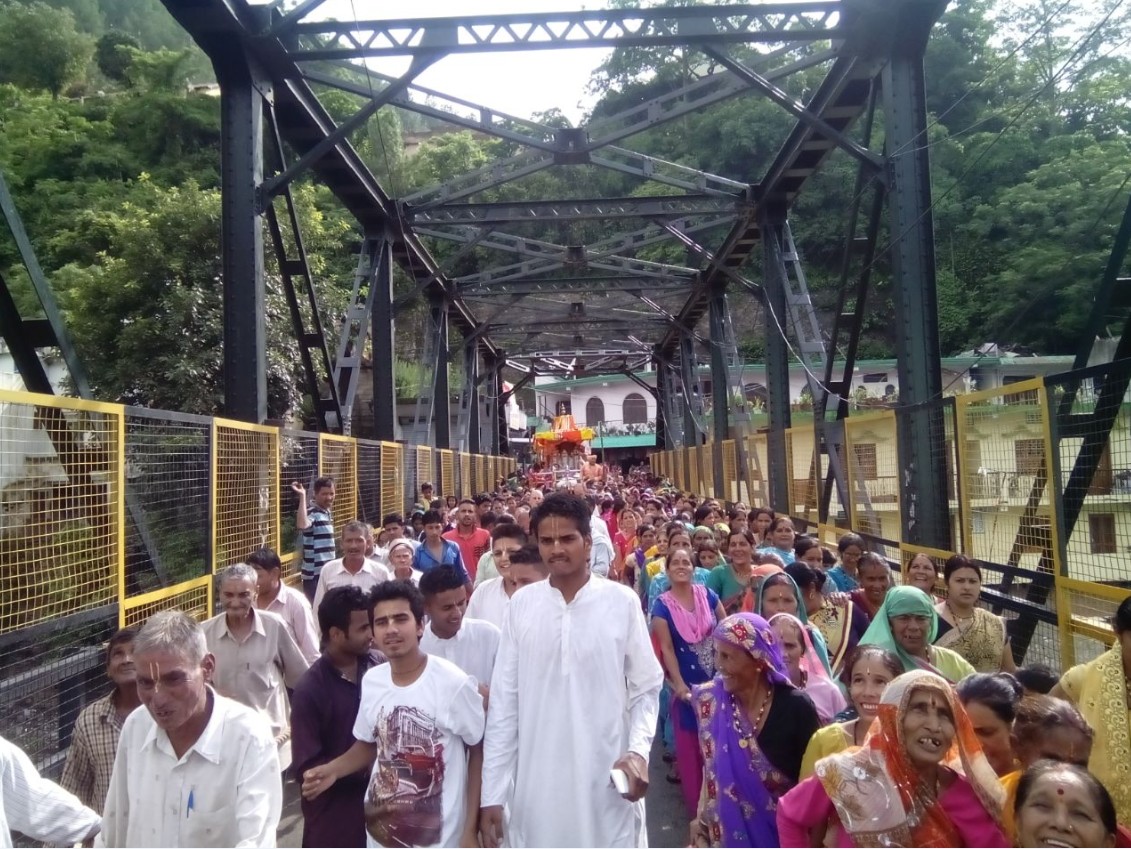 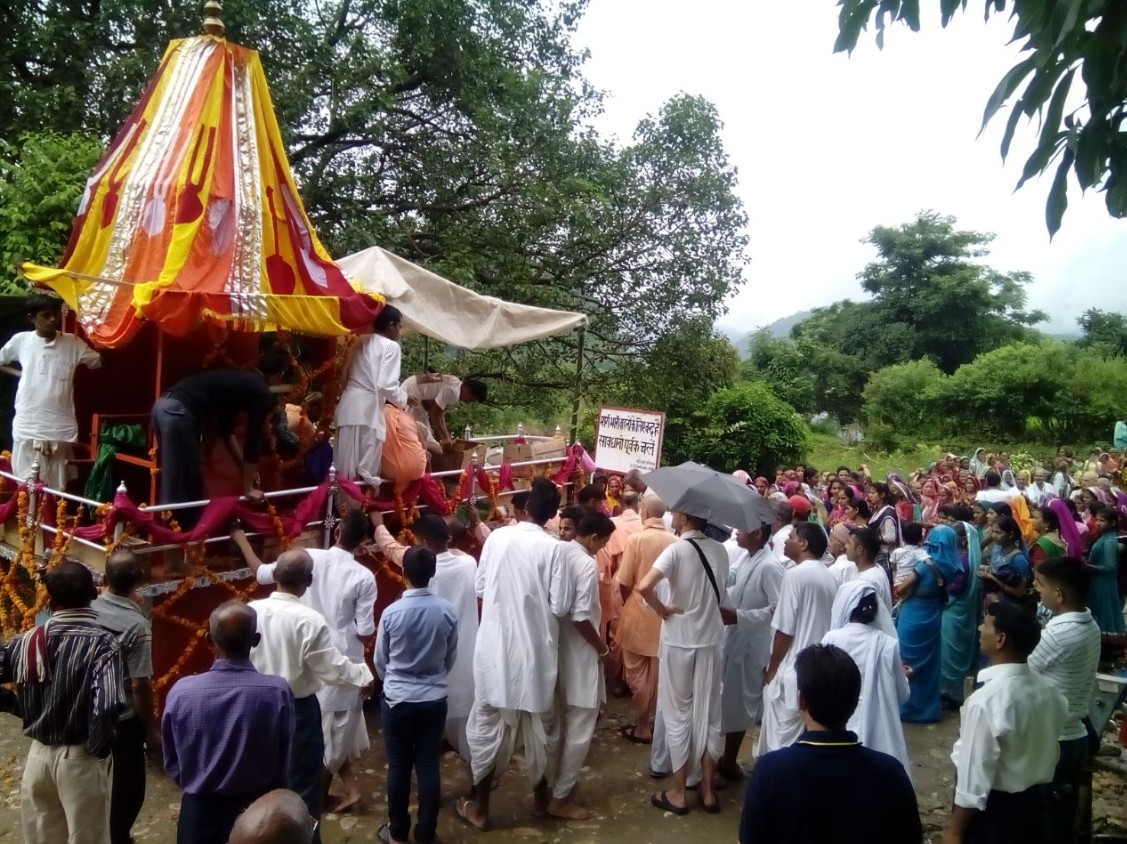 The 2nd of August commemorated the annual Ratha Yatra celebrations at, Bhatkot, a small village in the state of Uttara Khand in North India. August is known throughout India as the peak of the rainy season, with Uttara Khand being no exception. For 3 weeks prior to the festival, there washeavy rain every single day. The day of the Ratha included. The Ratha was scheduled to start at 1 o’clock. Rain still continued at 10 o’clock, half ten, 11 o’clock. Doubts were arising in devotee’s minds whether the festival would be able to go ahead or not. Devotees then assembled together before Jagannath and humbly requested the Lord of the Universe, “My dear Lord, we have arranged this festival for You, please let it performed smoothly so that Your mercy can be spread throughout Bhatkot.” Within half an hour a miracle was to be seen! Not only did it stop raining, but the sun came out and was shining, bright as ever! Jagannath heard the devotee’s prayers and responded.

”Nothing is impossible for the Supreme Lord, but all His actions are wonderful for us, and thus He is always beyond the range of our conceivable limits” SP SB 1.8.16 Purport

The chariot finally got going just after 1 o’clock with locals enthusiastically pulling the Lord’s Ratha. Ecstatic kirtan was led by foreign devotees, the white elephants of Prabhupada, for the duration of 3 hours. The Lord’s mercy in the form of sweets and fruits was distributed to all who happened to chance upon the Lord. At the end of the festival, Prasad was distributed to all who came and everyone left in great bliss. Around 2000 locals took part in the program whilst hundreds more took darshan of the Lord. A total of 200 books were distributed including 80 Bhagavad Gitas.

“It doesn’t matter if you can or cannot establish a temple there, but if you can introduce the Ratha-yatra, surely it will be a great success. So try to execute this will as far as possible.” (SPL to Yamuna, 27th May 1969)

We thank all those devotees who came to attend the program from various parts of the world, including Italy, Spain, Indonesia and Bangladesh. Special thanks to HG Govinda das and his team of sincere and hardworking devotees, unto whom all credits go for the successful Ratha yatra. We pray to Srila Prabhupada that we can hold this festival for years to come for the Lord’s pleasure and thus we may also become instruments in his hands and be engaged in spreading the message of Mahaprabhu’s sankirtan movement.