On “Society, Friendship and Love” 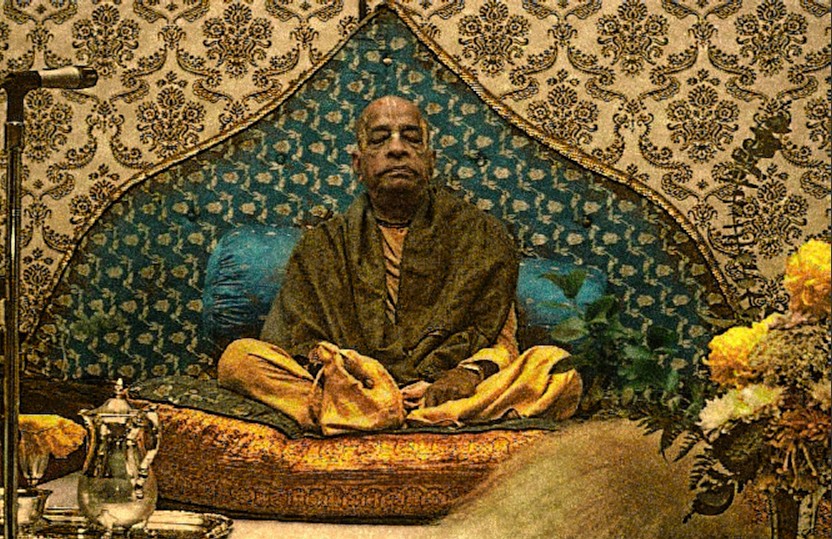 For Srila Prabhupada, the term “Society, Friendship and Love,” was used to refer to the primary allurement which keeps us shackled in the material world of illusion and suffering. The following excerpt is indicative of his general usage of the term:

In the same lecture, Srila Prabhupada vividly describes just how society, friendship and love are illusory:

So we like society, friendship. Oh, I do not know how many intimate friendship I had, but those are now just like dream, everything finished. Now I am making new friendships with your countrymen, with you younger boys of this country, and I have forgotten the friendship which I made the whole life in India. So this friendship, this love, this society, this country—everything illusion. Just like dream. (SB 3.25.23, Lecture, Nov 10 1968)

The phrase, “society, friendship and love” may be traced to a poem by William Cowper entitled “The Solitude of Alexander Selkirk”, where, oddly enough, they are associated with the soothing benefits of religion, and may almost imply spiritual association. The stanza in question runs as follows:

O had I the wings of a dove

How soon would I taste you again!

In the ways of religion and truth,

And be cheer’d by the sallies of youth.

Alexander Selkirk’s adventures in the South Pacific were the source of another well-known piece of Literature: Daniel Defoe’s Robinson Crusoe. The four years Alexander Selkirk spent marooned on a desert island fascinated the English public of the early 18th century, and were remarked by his companions to have effected a wonderful transformation of his somewhat roguish character. It was observed that Selkirk had attained a certain peace of mind after spending over four years on the island, where his only mental occupation, after securing food and shelter, was his daily reading of the Bible. But the change in his character appears to have been short-lived: he returned to his former unruly ways in the association of fellow buccaneers.

All of which raises another question: just what is the value, or the price, of association? The example of a man shipwrecked on an island was given by Father Tanner in a lively debate with Srila Prabhupada concerning the real situation regarding Srila Prabhupada’s disciples. Were they really pure, or was their apparent purity of conduct merely the effect of their temporary association? A man shipwrecked on an island may live a very pure life while on the island, and the effect of his solitude may last some time after being rescued, but, like Alexander Selkirk, he is bound to fall back to his old ways once placed in his old environment.

Srila Prabhupada’s response to this argument is telling: a person is considered pure so long as he remains engaged in a purifying process. What may happen in the future, or in different circumstances is not important. He is to be accepted for what he is at present.

The Father found something wanting in this view, feeling perhaps that it entails a sort of hypocrisy, or only an outward show of purity. Srila Prabhupada’s answer was that the process of devotional service is both internal and external. The difficulty for the Father seems to be one of choice: if it is possible for someone who is once pure to become impure by his own choosing, how can he ever be considered to have been pure? But purity never entails a loss of freedom. Srila Prabhupada answers succinctly: “I say that there is every chance of falling down. That is up to you to keep fit.” (Room Conversation, July 11 1973).

The incorporation of ISKCON in New York

As Krishna enters the listening ear, He clears up the vision of the listener…