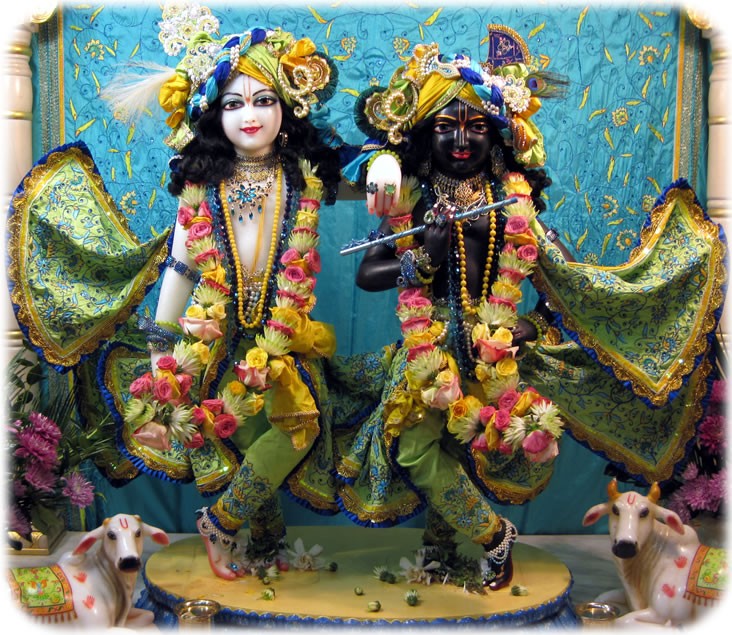 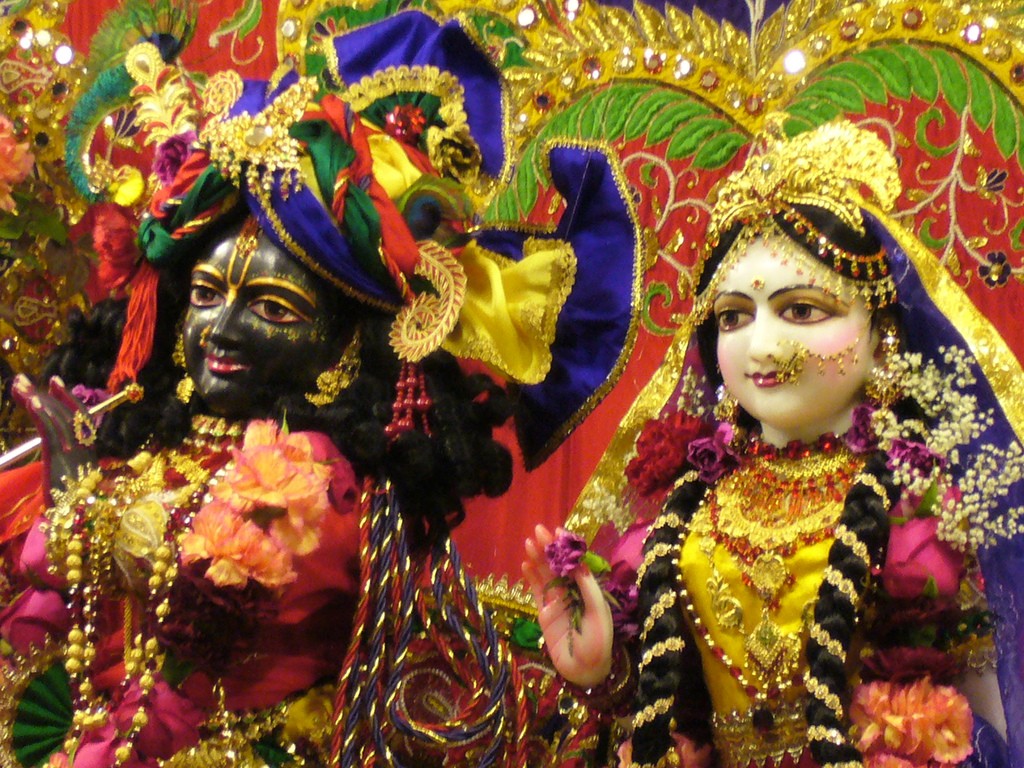 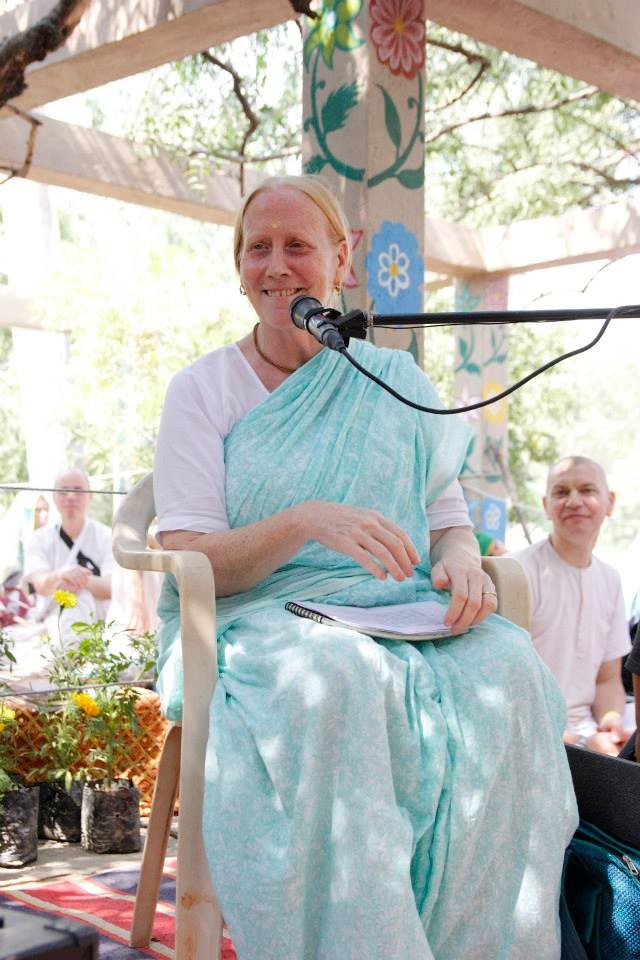 Sitala devi dasi, a resident of Mayapur Dham, had been ordering deities for ISKCON since 1975. Many temples around the world have used her services to obtain their deities. In the 1990’s the devotees of New Raman Reti asked her to order deities in India for our Temple. “It took a while for consensus to be reached among devotees here as to who should be the Lords of New Raman Reti,” she says. “Once the decision was made, Radha Shyamasundar manifested pretty quickly – about a year from order.” Sitala prabhu’s main service was to place the order with the murti wallah and ensure that the carving was in accordance with the desires of the Temple community. The Pandeys of Jaipur were Yamuna devi dasi’s choice for deity sculptors. She had ordered ISKCON’s first deities herself from them. Sitala prabhu has used them many times over the years believing they are still the best. In fact the Pandeys have carved most of the deities in our movement.

“Radhe Shyam came just gorgeous,” she says. Most unusually, Shyam’s hands were at an angle unlike most ISKCON Krishna deities. “Usually the hands are straight-across. That way His flute stays put.” Sitala prabhu had not specifically requested a different hand position. She was however struck by the attractiveness of these hands with their long delicate fingers. Using a stick, she tested to make sure a flute would stay. So this is one very unique feature of our Shyamasundara; his hands are at a very unusual yet striking angle, a feature that manifested without specific instruction. Radha Shyamasundara were installed in 2000.

“With Krishna Balaram, there was a lot more indecision and time,” she says. “It took a while for me to even place the order.” The devotees wanted the same size as Radhe Shyam, but there were many changes to the initial order. How to position Balaram’s arm leaning on Krishna was one decision. Eventually the ‘relaxed’ pose was chosen. Also, Krishna’s hand would be down on his hip. Dressing the Lords would also be easier with these arm positions. Balarama was actually carved for us two times. Since Sitala prabhu didn’t perceive a rush with these Lords, she discretely mentioned to the deity sculptor that Balaram was not really perfect. She suggested he start over and try again. It was a pretty gutsy request, and Sitala was unsure if he would agree. To her great surprise, the sculptor agreed to do it and at no additional cost. This is the remarkable part of our beautiful Balarama. He wanted to come a certain way, and arranged for it to happen.

Vidyananda das and Kirtida devi dasi sponsored Their completion, and They were installed with great pomp in 2010.

Sitala devi dasi is a disciple of Srila Prabhupada, joining the Detroit temple in 1970. In 1975 the service came to her to help get deities carved for our temples worldwide. From 1978-1985 she ran her own deity clothing workshop in Vrindavan, personally designing dozens of outfits and overseeing thousands of details throughout the arduous process. Our Lords’ initial five-six outfits were designed by her.
She was especially happy during her recent visit to see that there is so much devotion in our deity worship here in the Alachua Temple.

Increasing Our Dependence On Krishna - Raising kids and realizing Krishna do they go together?
Good news for ISKCON of DC!