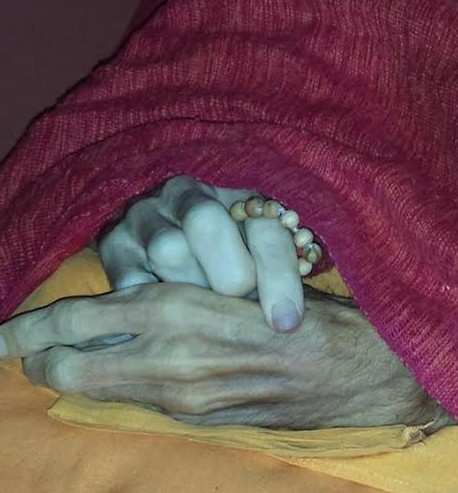 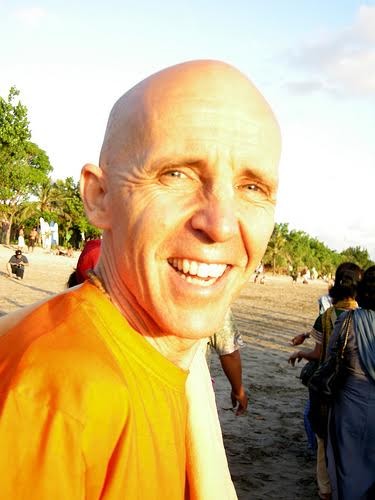 As we all know, Janmastami is a wonderful festival in which we celebrate the descent of Lord Krishna into this world.  Lord Krishna performs His lilas, and mercifully blesses all of us with his causeless mercy.

On such a joyous occasion, I am reluctant to convey, with a heavy heart, the news that our dear God-brother, H.G. Sankirtan Prabhu has left the world. Digesting this news, on such an auspicious occasion, has been the toughest.

Sankirtan Prabhu left his body in Switzerland, at his sister’s house who too is a devotee, with all auspiciousness around him.  As it was a regular practice for him, while departing too he was listening to a lecture of Srila Prabhupada. His sister will be sending some pictures and information too on this subject.

Just a couple of days ago, HH Lokanath Swami Mahraj ( my Gurumahraj) and I communicated with him, and Sankirtan Prabhu was saying that there was some hope, and he would try eating again.  He tried to stay on, however, it was Lord Krishna’s will that Sankirtan Prabhu left us.

Yesterday, I was fortunate to receive a phone call from Gurumaharaja, who broke the news to me.  As soon as I heard Gurumaharaja’s voice, I knew what he was going to say.  His voice was heavy with emotion. Gurumaharaja shared with me that he had received the news around 1:30 pm, India time.

As our conversation progressed, Gurumaharaja shared the following thoughts with me:

“I was reading Srimad Bhagavatam, 1st Canto this morning, about the departure of Grandfather Bishma.  That’s what I was absorbed with.  He was with Lord Krishna at the time of his departure.  He was offering his prayers to the Lord, and his heart was full of the remembrance of the Lord.  I was thinking to somehow share this with Sankirtan Prabhu.  I wanted to read it over the phone to him, or somehow get him to hear it.  As he was departing there, I was reading this here.  And remembering him.”

“This morning I was giving class in Delhi temple, and I was remembering Sankirtan Prabhu.  I was speaking about how the Lord takes birth, in order to kill our death.  mrityur mrityum namamy aham.  The Lord is the death of death personified.”

“I was thinking this might happen.  With these auspicious days coming up; Janmastami, Srila Prabhupada’s Appearance Day, and Radhastami, I was thinking that Sankirtan Prabhu might leave.”

In conclusion, Gurumaharaja sends his Janmastami greetings to all.

From my humble perspective, the situation reminds me of how precious and rare devotees are, and I am grateful for the association I received from Sankirtan Prabhu.  We are all blessed to have such exalted souls on the planet with us.

All glories to Gurumaharaja.