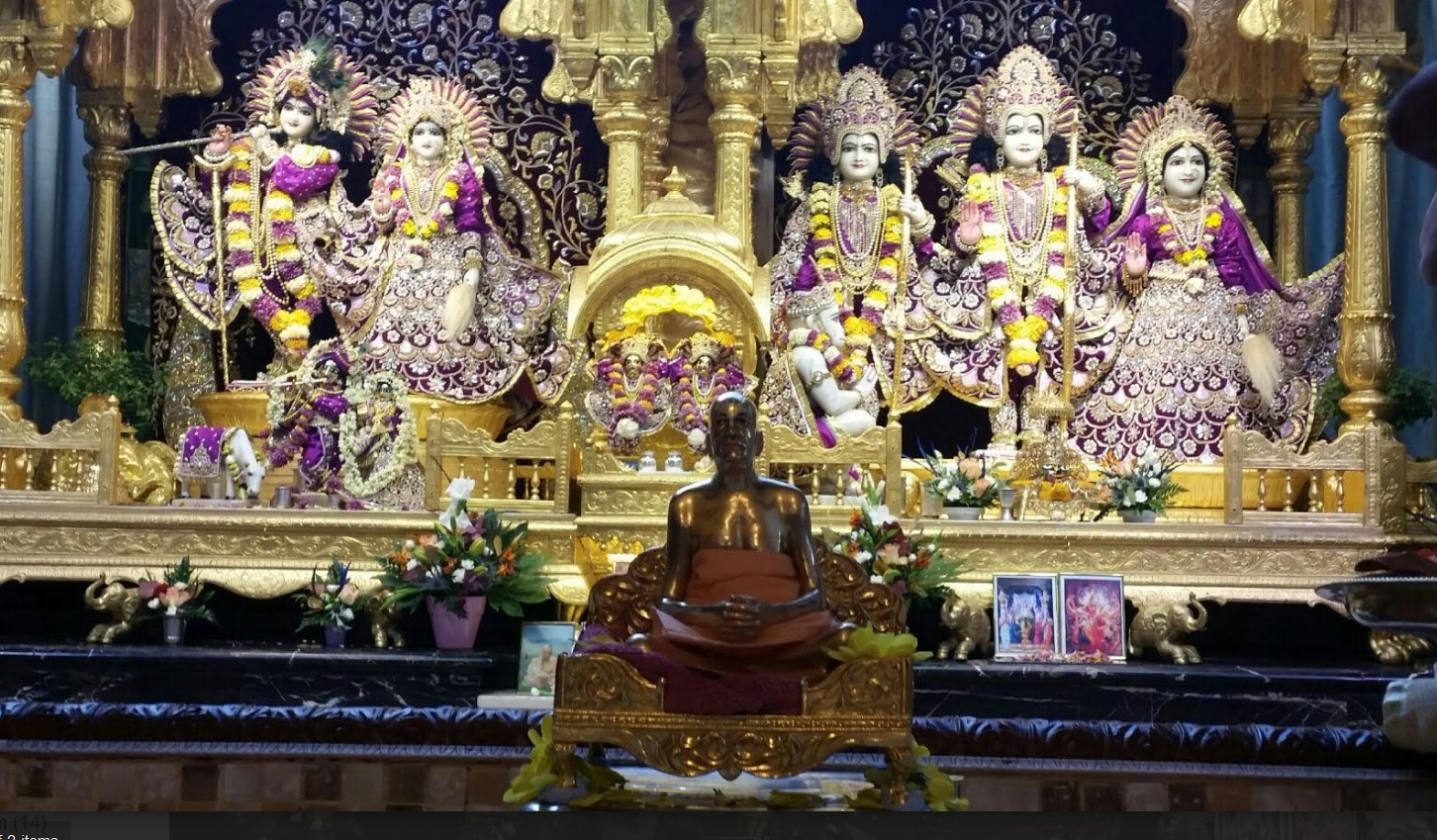 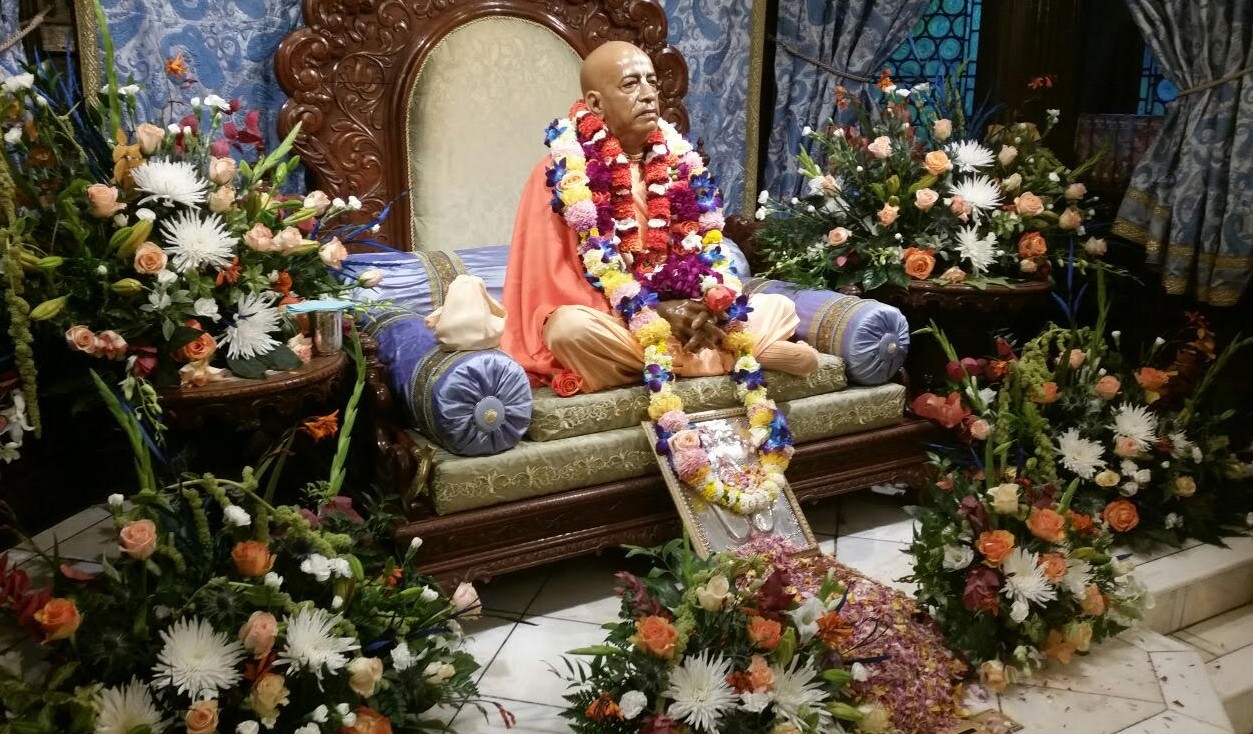 Devotees gathered at Bhaktivedanta Manor to offer deep thanks and gratitude to the founder of the Hare Krishna movement, Srila A.C. Bhaktivedanta Swami Prabhupada. Fifty years ago to the day, Srila Prabhupada arrived at Boston Harbour with his message of devotion to Krishna. He was alone and unannounced, and from very simple beginnings he established an international movement of tens of thousands of devotees and palatial temples all over the world. His message was simple, chant and be happy.

Prabhupada’s vyasasana (seat) was surrounded by flower displays and many garlands adorned him. The prayers he wrote on arrival were sung as devotees meditated on his profound humility and compassion. In a special talk, temple president Sruti Dharma Prabhu, spoke of the many gifts of Srila Prabhupada. The observance was both joyful and sobering, as feelings of both appreciation and awe were expressed reflecting on the sacrifice andhumble beginnings of Prabhupada.

Amidst the melodious chanting, the altar form of SrilaPrabhupada was bathed in the auspicious abhisekaceremony by the temple priests. The fiftieth anniversarycelebration coordinator, Devaki dasi reported: ‘today we welcome Srila Prabhupada with all our hearts. Celebrations will continue on Saturday morning and the throughout the year 2016. We are all blessed, very blessed, by His Divine Grace’.

‘My dear Lord Kṛṣṇa, You are so kind upon this useless soul, but I do not know why You have brought me here. NowYou can do whatever You like with me.’

(From Prabhupada’s prayers written on his arrival in Boston)

First Ratha Yatra in Lampung, Indonesia
Kirtan Fest 2015 - 24 hours of kirtan in the City of Leicester

Coordinated, Connected and Committed- Retreat to Re- treat