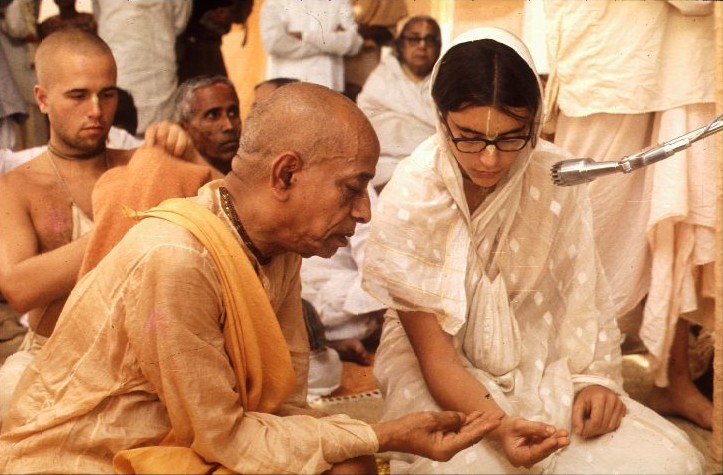 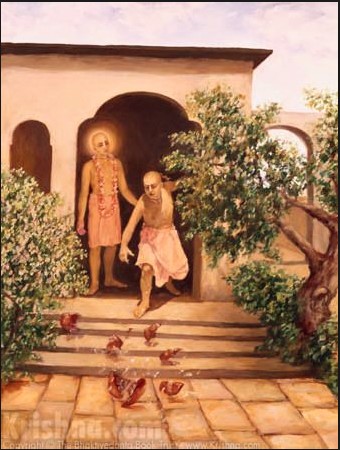 “So far your question regarding women, I have always accepted the service of women without any discrimination” (Letter to: Gurudasa — Los Angeles 26 May, 1972)

In terms of our personalities and abilities, no two of us are alike. Why should we be? And why would anyone want us to be? Variety, Srila Prabhupada tells us, is the mother of enjoyment. Whatever our personality, whatever our talents, Prabhupada wants us to use them in Krishna’s service.

To accept the wonderful variegatedness inherent within each of His devotees, Krishna is unlimitedly variegated. Srila Rupa Goswami describes Krishna’s personality in his Bhaktirasamrita- sindhu. Krishna, he says, is dhirodatta, or grave, gentle, forgiving, merciful, determined, humble, highly qualified, chivalrous, and physically attractive. He is also dhiralalita, or naturally funny, always in the bloom of full youth, expert in joking, free from all anxieties, domesticated, and submissive to His lover.

As a dhira-prasanta Krishna is peaceful, forbearing, considerate, and obliging. And as a dhiroddhata He is envious, proud, easily angered, restless, and complacent.

We may ask how someone can have four quite opposing personality traits, but as Krishna is the reservoir of all transcendental qualities and activities, and as He exhibits limitless varieties of pastimes, there’s no contradiction in Him possessing all types of character traits and exhibiting them at different times and in different circumstances.

Krishna’s devotees also have different character traits. Among His wives, for example, Rukmini is grave, always engaged in her service to Krishna, and always feeling satisfied in that service. Satyabhama, on the other hand, has quite a different nature. She sometimes feels inferior to Rukmini, is sometimes envious of her, and competes with her.

Srila Prabhupada comments, “In the pastimes of Lord Sri Caitanya Mahaprabhu, Jagadananda Pandita was always in disagreement with the Lord like Satyabhama, whereas Gadadhara Pandita was always awed by the Lord’s opulence and was therefore submissive to the Lord under all circumstances.” (Cc. Antya 7.145)

In other words, Krishna engages with His devotees according to their different natures and relishes all the many varieties of loving exchanges He has with them. Similarly, Srila Prabhupada attracted a wide gamut of people, from former pickpockets to PhDs, from the reticent to the rebellious and, whatever we were, engaged us in his service and the service of Sri Sri Radha and Krishna. It wasn’t that we, his followers, had to fit some stereotyped personality, but that we could, while following the principles Srila Prabhupada prescribed, be who we were – both in terms of our qualities and our work – for Krishna’s pleasure. As no one can claim that Krishna loved Rukmini more because she was gentle and Satyabhama less because she was feisty, so because he saw their intent, Srila Prabhupada loved all his followers despite what others might consider character flaws. Prabhupada wrote, “Because devotees are persons, therefore there will always be some lacking – but the difference is that their lacking, because they have given up everything to serve Krishna – money, jobs, reputation, wealth, big educations, everything – their lackings have become transcendental because, despite everything they may do, their topmost intention is to serve Krishna.” (Letter to: Atreya Rsi, Bombay, February 4, 1972)

Among Srila Prabhupada’s women followers, some were (and are) quiet and tolerant, and others, opinionated and outspoken. Prabhupada did not expect strong, assertive women to give up their personalities; he accepted and engaged every type of woman, just as Krishna accepts love from all His wives with all their diverse moods. Characteristically practical, Prabhupada taught us to use our personality in Krishna’s service, because to try to give up something so deeply embedded in us won’t last, will cause needless suffering, or both. In fact, Prabhupada saw that his women followers could help him fulfill the sacred mission given to him by his spiritual master, namely to spread Krishna consciousness throughout the world. He wrote, “In India all the acaryas and their descendants later on acted only from the man’s side. Their wives were at home because that is the system from old times that women are not required to go out. But in Bhagavad-gita we find that women are also equally competent like the men in the matter of Krishna Consciousness Movement. Please therefore carry on these missionary activities, and prove it by practical example that there is no bar for anyone in the matter of preaching work for Krishna Consciousness.” (Letter to Himavati, London, December 20, 1969)

When his female followers avidly distributed his books with amazing success, Prabhupada was very pleased, but some of those followers had some doubts. They found that they couldn’t distribute books and at the same time be shy, a primary feminine quality that Prabhupada emphasized. Rather, they were obliged to be bold. Some presented this quandary to Prabhupada. He responded, “Regarding the problem of how to be aggressive on Sankirtana and submissive in the temple, my request to you is that you should go on being aggressive on Sankirtana. I myself was aggressive in coming to your country. No one invited me. Even you boys and girls did not invite me. But, I came and I preached aggressively, and therefore you are now my disciples. So now you well know you have to approach the men and women of your country, and it may appear that superficially that you have to disturb them. They are doing their business peacefully, and you come and disturb them, ‘Please take this Krishna book.'” (Letter to: Jagaddhatri, Pasupati, Sailogata, and Pamela, Dallas, July 30, 1975)

In Prabhupada’s view, aggressiveness used in Krishna’s service is purifying. He continues in the same letter, “If you are completely aggressive on Sankirtana, there should be no material aggressiveness and pride remaining. You have to distinguish between devotees and non-devotees. Aggression for the cause of Lord Caitanya Mahaprabhu is pure. If you become completely absorbed in such aggression to spread Sankirtana Movement, there will be no question of wanting to lord it over in the temple. Preaching purifies us of these material tendencies for sense gratification. It is simply a matter of time that you will see this. Do not worry. Krishna will help you.”

We are, after all, multi-dimensional creatures. To try to hammer ourselves into a box not meant for us is to make us into dismal caricatures of ourselves – hollow, inconsequential, fleeting, and miserable. Let us not confuse unity with uniformity – with actions, feelings, and words that are identical. This is not unity; it is conformity. Instead, whatever our personality, let us use it in Krishna’s service and for His pleasure. That is unity in diversity.

In Srila Prabhupada’s words, “In the material world there are varieties, but there is no agreement. In the spiritual world there are varieties, but there is agreement. That is the difference. The materialist without being able to adjust the varieties and the disagreements makes everything zero. They cannot come into agreement with varieties, but if we keep Krishna in the center, then there will be agreement in varieties. This is called unity in diversity . if we fight on account of diversity, then it is simply the material platform. Please try to maintain the philosophy of unity in diversity. That will make our movement successful.” (Letter to Kirtanananda, Bombay, October 18, 1973)

5 Responses to “Unity Among Diverse Personalities”