How I Met Swami Bhaktivedanta 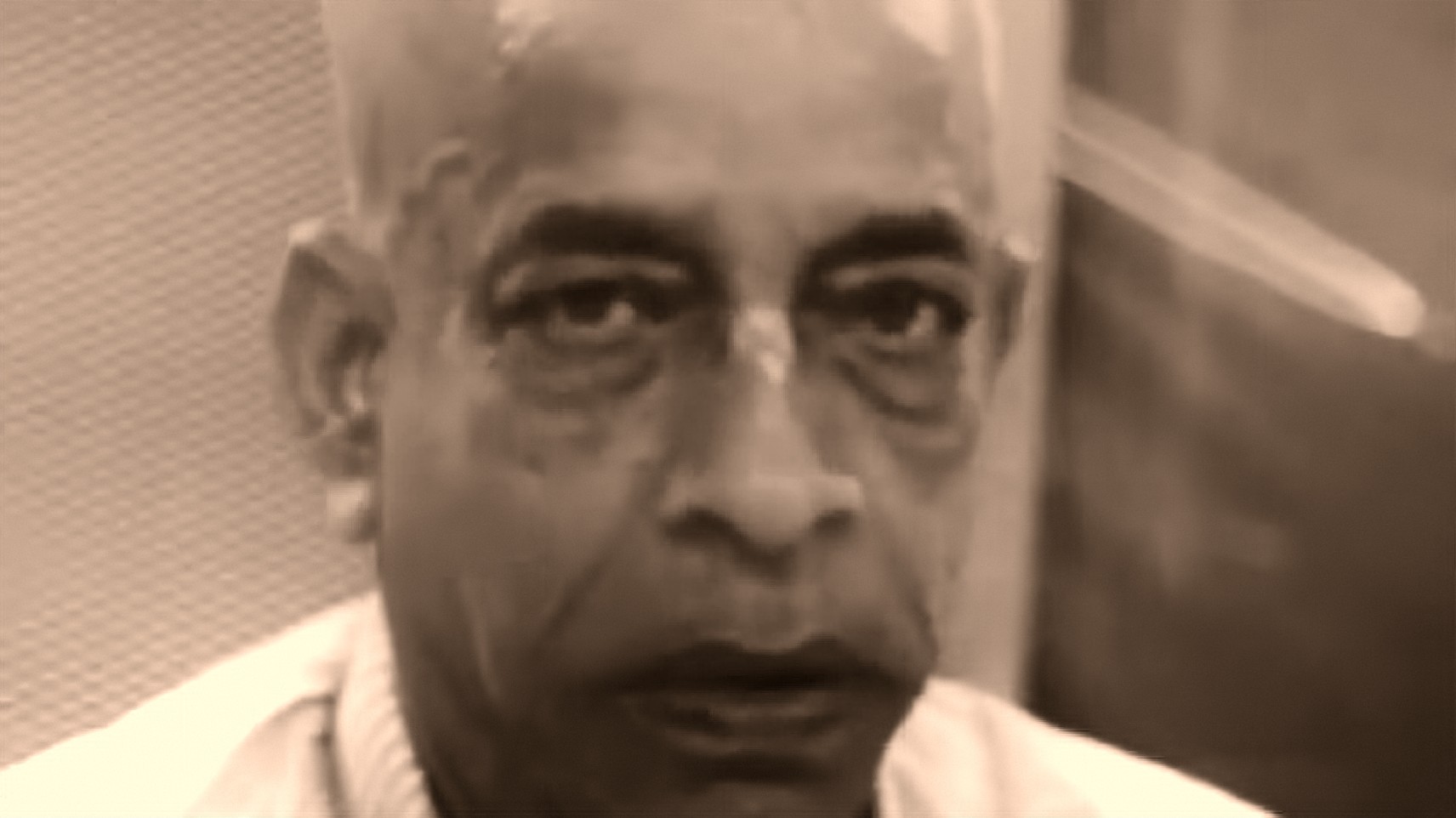 I knew right away that he was my teacher. It was like something that happens in books.

In September 1965 I went up to Ananda Ashram, an hour and a half out of New York City. I went there mostly to get out of the city. The Indian guru who presided at the Ashram I had met before in New York at a Yoga Society. Many of my friends were involved with him studying Raja Yoga, a form of meditation. They were very enthusiastic and tried to persuade me to come uptown with them to their meetings.

To tell the truth, although I liked their teacher personally, I could never meditate successfully. My mind would always wander after a few minutes. All kinds of images drifted into my consciousness, and I would feel I wasn’t normal or as serious as the others who seemed able to sit calm and immobile for great periods of time. “It was such a good meditation,” they would exclaim after a session. I couldn’t figure it out.

Anyhow, I had to have a change from the city for many reasons. My friends said the Ashram was peaceful and beautiful with a big lake and woods. I took a but and felt gradually better as I got further from New York. It was a holiday weekend, Labor Day, and I didn’t have a reservation. I didn’t know you needed a reservation for a Yoga Camp. Arriving at two in the morning didn’t make my reception any warmer but the person in charge let me in and gave me a bed. I was beginning to get that feeling again that I was an outsider and not ready for Yoga discipline.

Next day everyone got up early and went to morning meditation. The guru was resplendent in golden Indian style jacket and his devotees were already deeply into it when I entered the room. All the cushions were taken and I picked a spot in the back of the room where I could lean against the wall to facilitate my meditation. I noticed some of my friends, eyes closed in lotus position. Seated at one side was an older Indian man in saffron dyed thermal underwear and wrapped in a pinkish wool blanket. He seemed to be muttering to himself and I later discovered that he was praying. It was Swami Bhaktivedanta. His forehead was painted with a white V-shaped sign and his eyes were half shut. He seemed very serene.

There was a lecture by the guru of the Ashram and a girl read from book. Then another meditation, this time with everyone concentrating on a circle drawn on the wall. I couldn’t do it. The circle kept changing it’s size and shape, and after a while began to fill with strange forms. My attention drifted to the faces around the room and all of them seemed involved with the circle. I looked out the window through the lacy curtains to the lake. It was green and misty and beautiful, and even if I couldn’t get interested in Raja Yoga I felt happy to be out of New York City and into the country.

It began to rain. We left the meditation room and filed to the dining room a few hundred yards away in another building. The morning session was evidently success from the conversation at breakfast. There was a Swedish nature film scheduled which I had seen, so I went to my room, sat on the single mattress on the floor and began to read. The rain was increasing and beating against the windows. It was peaceful and I was glad to be alone. I read for a while. Suddenly I sensed someone standing in the doorway. Looking up I saw it was the Swami. He was wrapped in his pink blanket. “Can I come in?” he asked. I nodded yes and he asked if he could sit in the chair in the corner. “What are you reading?” he smiled. “Kafka Diaries” I replied, feeling a little embarrassed. “Uh.” he said, and I put the book down. He asked what I was doing at the Ashram and if I was interested in Yoga. “What kind of yoga are you studying?” “I don’t know much about it” I answered, “but I think I’d like to study Hatha Yoga.” This didn’t impress him. “There are better things than this,” he explained. “There are higher, more direct forms of yoga. Bhakti yoga is the highest it is the science of God devotion”. The Swami continued, “We are all dependent. No one is independent. Everyone here is thinking “Who am I?” I can answer that in one second, I am a servant. We are all servants. Servants of what? Of whom? Servants of God. All of us are serving someone or something, a boss a cat or dog, our family, our country. Why don’t we admit this? We should serve the highest master. We should serve the Supreme Lord. This is our constitutional position and the only way to be happy and become liberated from material bondage.” As he spoke I got the overpowering realization that he was right. He was speaking the truth. And it was as if I had never heard it before. All of my questions were answered without having to ask him anything. I felt he read my soul. A creepy ecstatic sensation came over me that this man was my teacher that all my life was a mere preparation to this moment. His works were so simple and yet they seemed to come from the deepest wisdom. I lost all sense of time and place. It was truly a turning point in my life and I knew it.

After that for the rest of the weekend I kept looking at him. He sat so calmly and had such dignity and warmth. He asked me to visit him when we returned to the city. The room he occupied was a tiny office in the back of the Yoga Society in uptown Manhattan. I began to go there regularly and we sat facing each other on the floor, just him and me in this little office with his typewriter and a new tape recorder he had purchased on top of two suitcases, a box of books he had brought from India and a color reproduction of dancing figures which he looked at often. I told Swami Bhaktivedanta that I was an artist and he asked me to “please paint this picture” which he explained was of Lord Chaitanya and his disciples dancing and chanting praises to Krishna, the Supreme Lord. The painting was called Samkirtan. Whenever I came to visit him, Swami would always be happy to see me. He became my mother and father as well as my teacher and friend. I told him the most intimate things about myself. We chanted Hare Krishna together in his room many nights that winter in New York. Praise to Krishna, praise to God.

I couldn’t wait to get the train uptown from my apartment in Greenwich Village so I could see him. Everything and everyone I knew gradually receded into the hum of the city, and Swami Bhaktivedanta became the most important person in my life. I stopped seeing the woman psychologist I had gone to for therapy after the sudden death of both my parents. My relationships with friends began to change. They no longer were my center. Krishna was becoming my center and Swami Bhaktivedanta was showing me the way. It was as if the cloud that had been covering my soul was slowly lifting and the light within me was beginning to shine out. The whole world seemed to shift around me. Going home from those unforgettable evenings with Swamiji I chanted on the train, Hare Krishna, Hare Krishna, Krishna Krishna, Hare Hare, Hare Rama, Hare Rama, Rama Rama, Hare Hare, and didn’t care what anyone thought.

One Response to “How I Met Swami Bhaktivedanta”