Dallas Plans 50 Hours of Kirtan for ISKCON’s 50th. For the past… 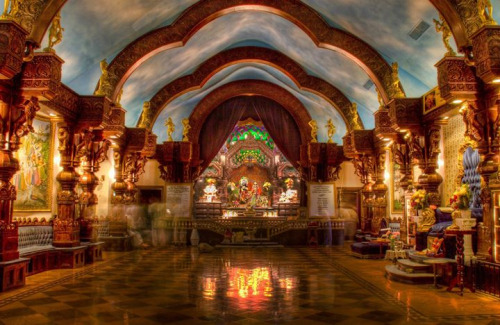 Dallas Plans 50 Hours of Kirtan for ISKCON’s 50th.
For the past seven years, Sri Sri Radha-Kalachandji Mandir in Dallas has rung in the new year with an epic multi-hour community kirtan organized by second-generation devotees. From twelve hours in its first year, it has grown to twenty-four hours, and even featured a thirty-six-hour marathon for its fifth anniversary. This New Year’s Eve, the community is going above and beyond with fifty hours of kirtan in celebration of both the 50th anniversary of Srila Prabhupada’s arrival in the US in 2015, and the 50th anniversary of ISKCON’s incorporation in 2016.
Read the entire article here: http://goo.gl/9VBMrh