How could the great God sanction violence? 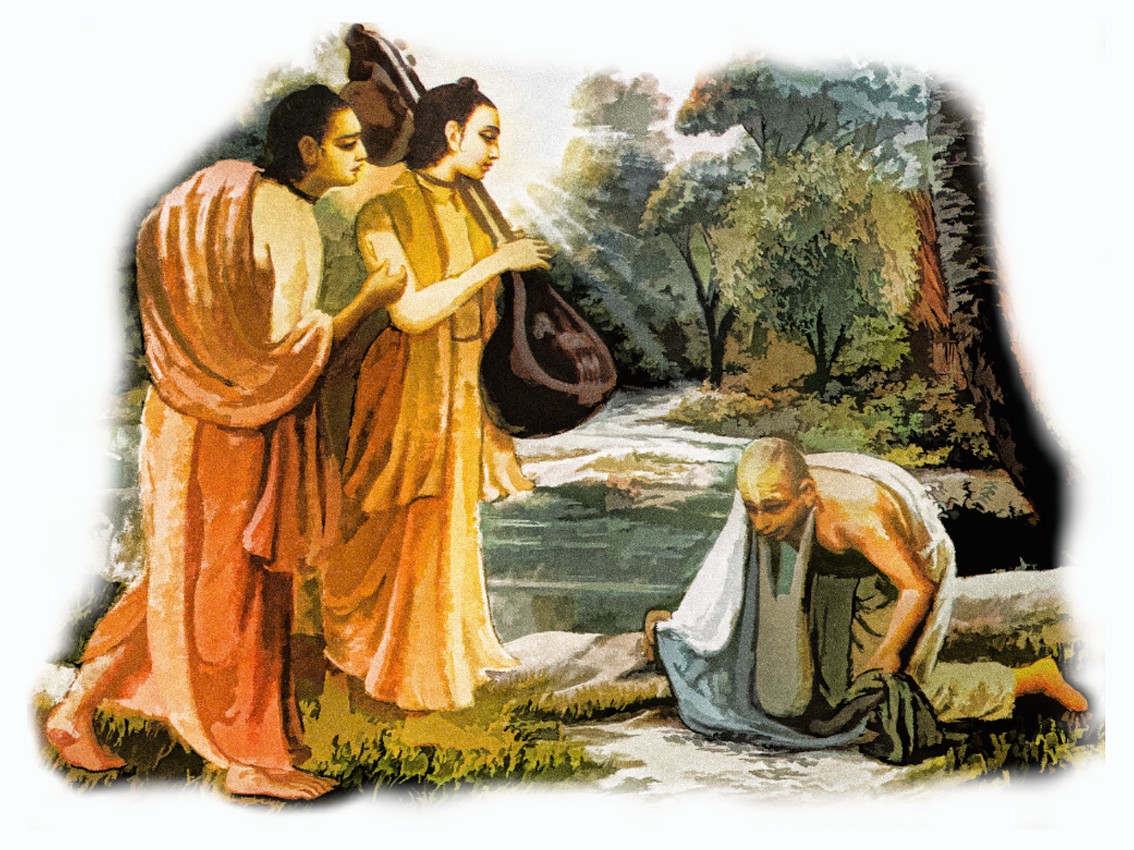 While the terrorists were ruthlessly killing the people in Paris they were simultaneously shouting “God is great”. It makes one wonder does the great God justify the killing of innocent people and eulogize the killers. If yes then how could God be great? Or is it that the killers are the agents of devil who are on a mission to discredit the great God?

Killing in the name of religion has spread all over the world today. The brutal massacre of innocent men, women and children, and the beheading videos are not just frightening and distasteful but it is also shaking people’s faith in the idea of God. If people unleash violence in the name of God then the world will be a much better place without God. Why not have Godless world where there will be no discrimination and murder in the name of God? Now before rejecting God and admonishing the books of God let us also try to glean through these books to figure out if violence against innocents has ever been justified? Has God promised that those who shout my name and inflict pain on others achieve me?

All the bonafide religions of the world believe in the Supreme Lord and unequivocally declare God to be our Supreme Father. For e.g. in Bhagavad Gita 14.4, Krishna says, aham bija-pradah pita, I am the seed giving father. If it is so then how could a father sanction the killing of one of his children at the hands of the other children because both the terrorist and the victims are his own children? More so it is said that a devotee of the Lord sees all the living beings of this world as parts and parcels of the Supreme Lord and sees them with equal vision without any discrimination (Bhagavad Gita 5.18). And if we read the lives of the great messengers of the Lord then we find that they have never used violence but have instead used love of God as a weapon to transform the lives of people.

There are innumerable stories of people’s heart getting transformed by associating with holy men and holy books. Lord Nityananda and Haridas Thakura reformed ruffians like Jagai and Madhai by filling their hearts with love of God. It was the power of devotion to God that transformed the life of Valmiki, the composer of Ramayan.

Scripture tells a story of a cruel hunter named Mrugrari who used to rejoice seeing suffering of helpless animals and birds. He used to half kill them and then enjoy seeing them suffer and die. When sage Narada saw the suffering beasts and birds, he was aghast. Why don’t you just kill them completely, he asked? Mrugrari replied smilingly, “Because I enjoy seeing them suffer and die”. Narada understood that his cruelty is going to cost him dear, the hunter is going to get a terrible reaction for his sins. And so he decided to transform Mrugrari’s heart. He explained the hunter how his act is not in accordance with the laws of God and so it is going to bring great misfortune to him. He told him to have love, compassion and mercy towards the other children of God and most importantly asked him to chant and take shelter of the supreme Lord. Mrugrari had never heard any sagely advice before because he belonged to the family of hunters. He had witnessed such cruelty since childhood. But Narada had now told him to see the world through the eyes of the scriptures. The hunter understood that he was swiftly moving to the path of self-annihilation. And so he decided to give up violence and lead a God conscious peaceful life. Soon his heart had got so transformed that while walking he used to be cautious so that he may not step on any small living beings such as ants.

A genuine devotee of the Lord will never try to cause any harm to others even in his dreams. He is para-dukha-dukhi   i.e. seeing others in pain he himself feels pain; he does not go and voluntarily inflict pain on others as some misguided men and women are currently doing in the name of God. Instead he is ready to suffer for the sins of others. Vasudeva Datta was a great saintly person; he was ready to suffer on behalf of all people of the world so that they could be absolved of all the miseries. “I will take their sins and suffer in hell on their behalf, but please deliver them from their material disease, he prayed to Lord Caitanya” (Chaitanya Charitamrita 2.15.160-163). This is the true character of a devotee.

The terrorists who were mercilessly shooting people were the messengers of evil. A genuine lover of God does not wear the vest of bombs with a mission to inflict immeasurable sufferings on others. Instead they give their life to save the lives of the suffering masses. They do not carry weapons of destruction in their hands but instead they carry the chanting beads on which they chant the names of God and inspire others to get connected to God. They do not speak words which fill people’s heart with fear but instead they speak words of love which brings joy to people’s heart. The process of devotion to God is so enlightening that it makes a ruffian a sage and a crooked man a kind hearted man.

“God is great” and the great God does not sanction violence. He is a loving and caring father and has asked all of us to live together happily like brothers and sisters. He has asked us to shun violence and embrace peace and has advised us to fill our hearts with love, mercy and compassion (Bhagavad Gita 16.1-3). And those who are massacring people are not even humans; in fact they are worse than the beasts so why to pay attention to what they say. And the best and the only way to eliminate these demons is by spreading the love of God and by disseminating the heart transforming message of the sacred scriptures.