HG Jananivas Prabhu, HG Radhajivan Prabhu, HG Brajavilas Prabhu together with the Paduka and Sitari. They were received by Sukanti Radha dasi and Bhaktin Denia. Since they were received by 2 mataji’s. The garlands were placed on the chairs at Heathrow airport for them to garland each other, much to the attraction of the visitors at the airport. The International team and the Padukas and Sitari were then taken to the beautiful residence of HG Shailesh Govindia Prabhu who has the most stunning altar. HG Jananivas Prabhu spent hours gazing at the deities. 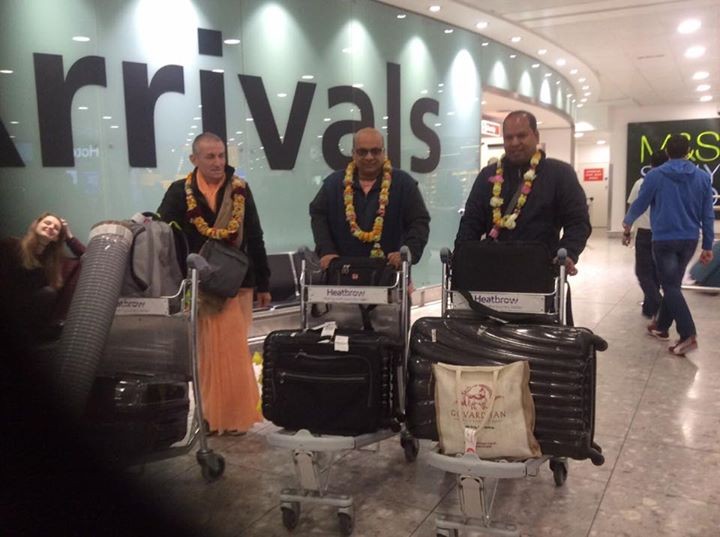 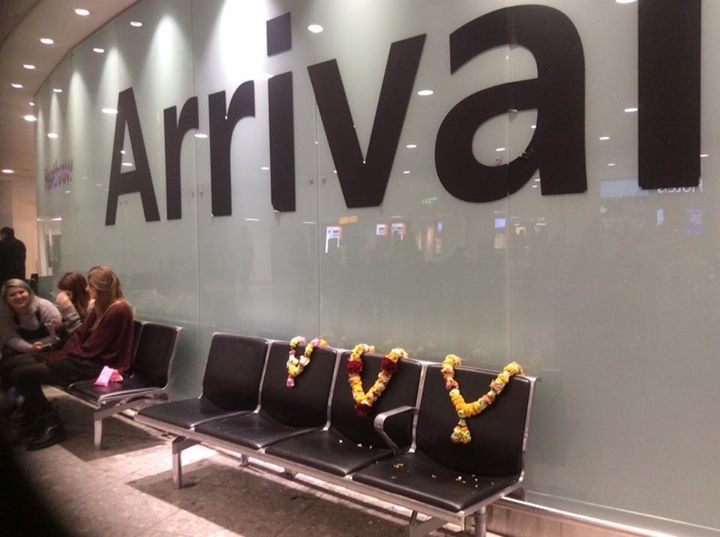