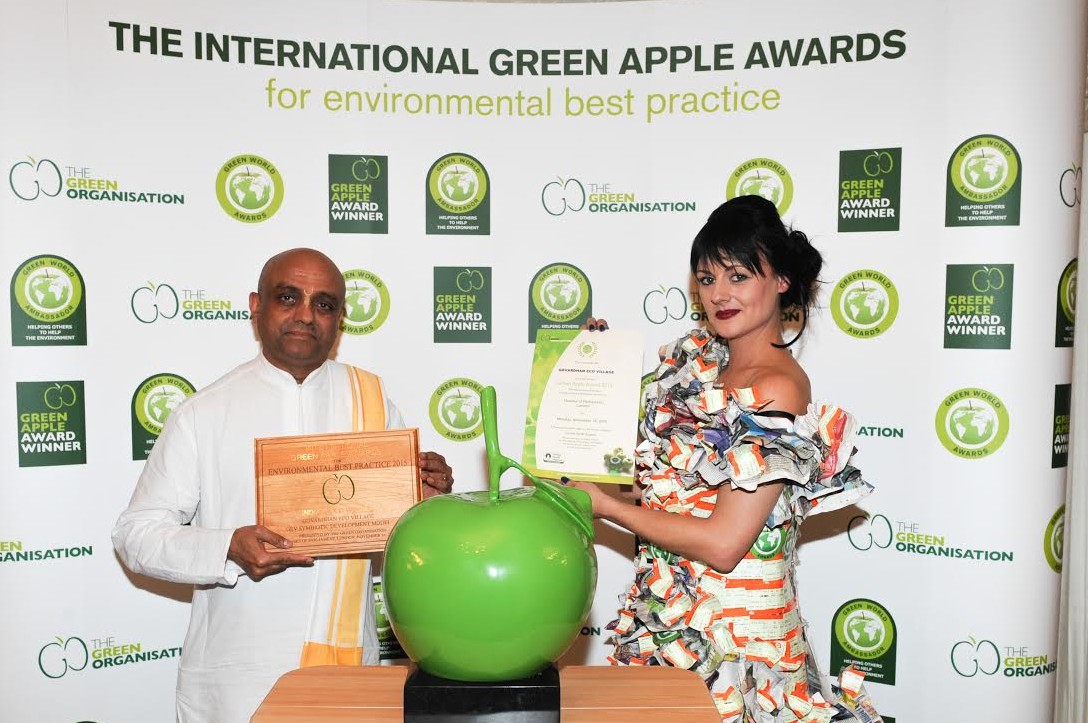 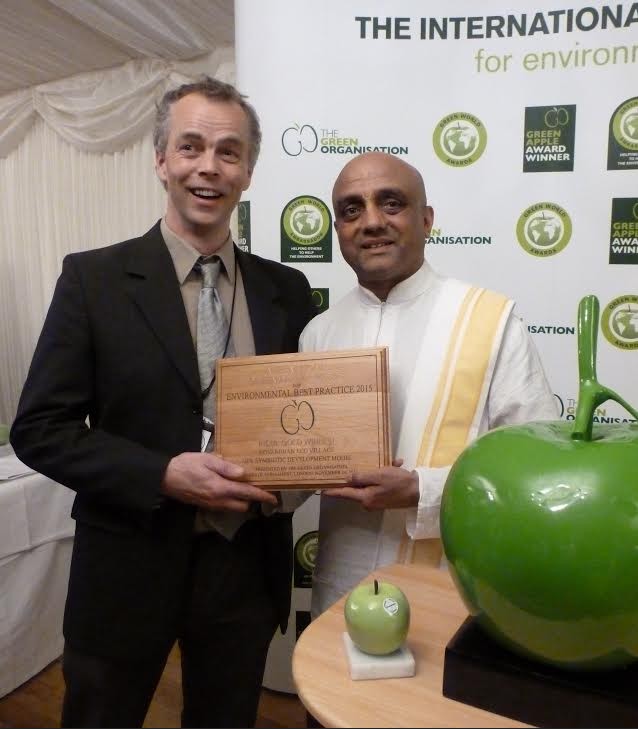 ISKCON Govardhan Eco Village (GEV,www.ecovillage.org.in) a 100 acre sustainable farming community and retreat center, based near Mumbai, India has won the Green Apple Environment Award in Gold category in the international campaign to find the greenest companies, councils and communities.

ISKCON GEV’s participation was amongst 500 other nominations in the Green Apple Awards for Environmental Best Practice, and were presented with their trophy and certificate at a glittering presentation ceremony in the Houses of Parliament, Westminster ,London on Monday, November 16 2015. Srutidharma Prabhu, Temple President of Bhaktivedanta Manor, on behalf of ISKCON GEV, received this award from the hands of Mr. Mark Wolens, General Manager of The Green Organization

As a result of this Green Apple Award success, GEV has been invited to have their winning paper published in The Green Book, the leading international work of reference on environmental best practice, so that others around the world can follow their example and learn from their achievement. GEV is also invited to progress to represent its country in the Green World Awards and the European Business Awards for the Environment. GEV will also be given free Ambassador Membership of Partners in Protecting the Planet (PPP) the organization planting trees to help save livelihoods, wildlife and the planet.

The awards are organized by The Green Organization, established in 1994 as an international, independent, non-profit, non-political, non-activist environment group, dedicated to recognizing, rewarding and promoting environmental best practice around the world. The Green Organization work for various environmental causes including the Green Earth Appeal and The United Nations to plant trees where they will do most good in the world and is having various environment initiatives of its own as well.