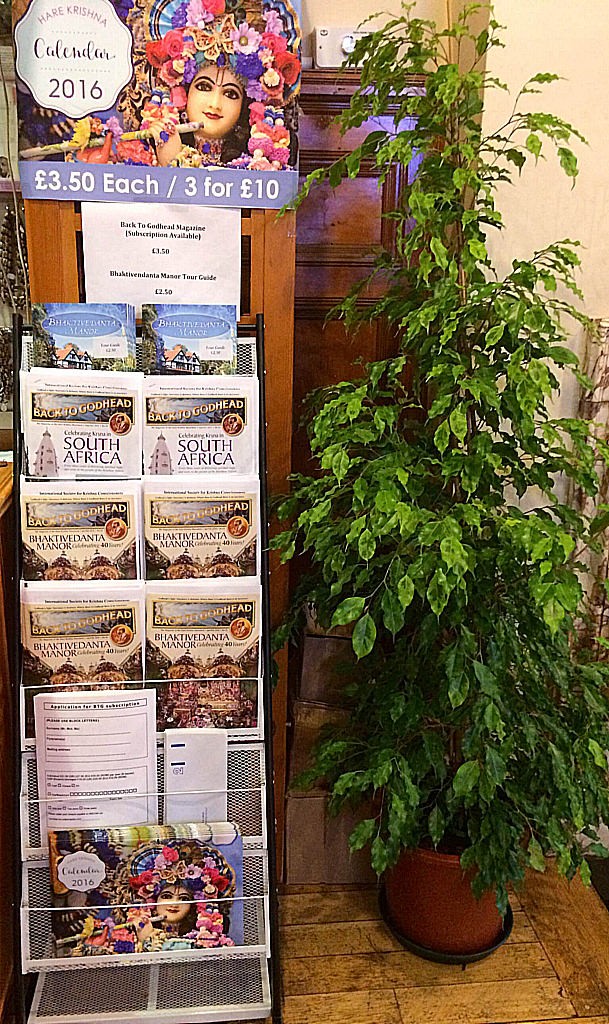 BTGs are now available for purchase. And each BTG has a welcome letter, a subscription form, and a envelope for the customer inside it. Additional subscriptions forms are also available without a purchase at the Reception desk to encourage the congregation and visitors to get all six issues a year sent to their homes.

Along with the latest BTG, there is a special edition on display in the photo: The cover features Bhaktivendanta Manor’s 40th anniversary, and its Janmastami festival is featured in eighteen pages of photos. Previous issues will soon be on display.

The display in the Reception area of the Manor appeared just in time for the January/February issue of BTG, which will contain a cover story, by Jaya Krishna Prabhu, about his thirty years of heading the Bhaktivedanta Players, along with Dvaraka-puri Prabhu.

Other temples can follow suit and make sure to sell BTG during and after ISKCON’s 50th anniversary.