MEMORIES PART 61 and End of the Year Special!!!To further… 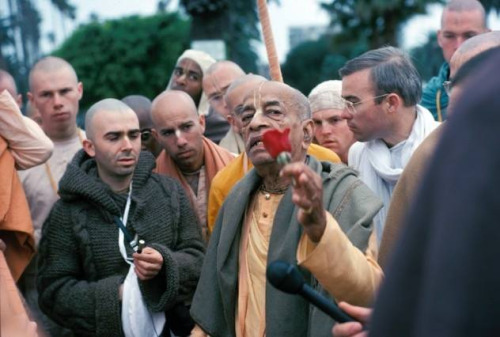 MEMORIES PART 61 and End of the Year Special!!!
To further celebrate the 50th Anniversary of Srila Prabhupada arriving to America, we have produced another DVD in the “Memories-Anecdotes of a Modern-Day Saint” video series with never before heard stories from Jananivas das, Surabhir Prabhu (ISKCON’s architect), Nagapatni devi dasi, Jaya Jagadish das and Badarayana das.
This 2 ¼ hr. DVD for only $14.95 (see the link to the preview video below) is full of nectar where you will learn among other things about Govardhan Shila and Shaligram Shila worship and which one Srila Prabhupada approved of; why Surabhir thought his name at the time of initiation was “Zorro”; Srila Prabhupada’s mystical abilities and many, many more inspiring stories.
In addition, if you purchase the DVD before the end of the year, we will offer Volume 4 of the “Memories” books for 50% off the normal price for only $10.00! Don’t miss out on these anecdotes from Prabhupada’s disciples that you will be able to incorporate into your own daily lives whether you are a new or old devotee and thus strengthen your attachment to His Divine Grace.
To order you must contact Siddhanta das directly at the following email address: itvproductions1@gmail.com
(Tell us if you are living in or outside of the U.S.)
Watch it here: https://www.youtube.com/watch?v=lDicF9jUOY0
(Click on the HD setting)