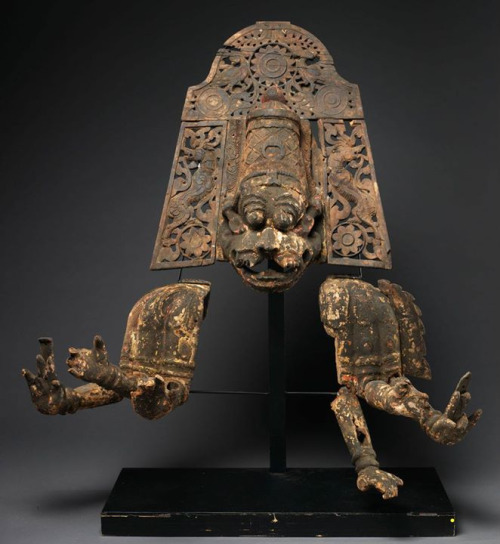 Encountering Vishnu: The Lion Avatar in Indian Temple Drama.
Five rare wooden sculptural masks made in India—recently acquired by The Metropolitan Museum of Art of New York—will be highlighted in the special exhibition Encountering Vishnu: The Lion Avatar in Indian Temple Drama, opening at the Met on December 19. Worn by actors in dramatic plays that were presented during religious festivals in southern India, the masks represent a largely unrecorded category of late medieval devotional art from India. The exhibition is made possible by The Miriam and Ira D. Wallach Foundation Fund. The appearances of Vishnu in many guises, known as avatars, are most famously celebrated in his Ten Avatars (Dasavatar).
Read the entire article here: http://goo.gl/MZPCGL