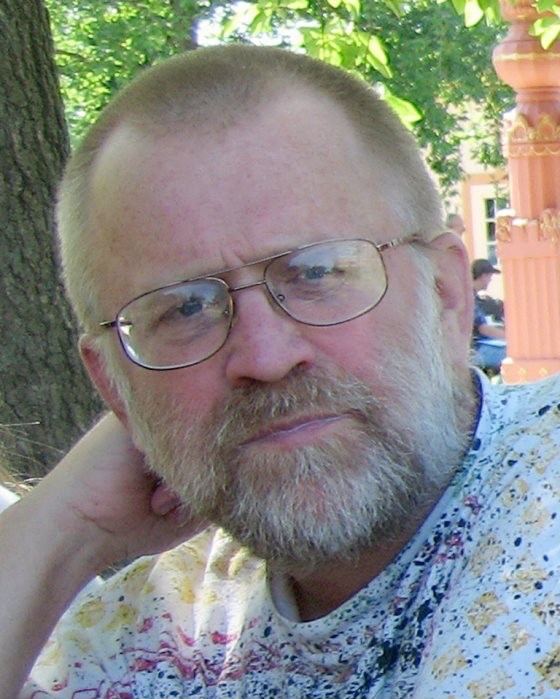 Madhava Gosh was a pioneer New Vrindaban inhabitant, having lived in the dhama since 1973. Inspired by the instructions of his spiritual master, Srila Prabhupada, he was a lifelong activist of local agriculture and cow protection and implemented an endowment fund to care for the cows at New Vrindaban.

Serving as one of the farm hands at New Vrindaban since the early days, Madhava Gosh spent decades of his life gardening and working on simple living projects.

When asked a month before he passed away what he felt was his best accomplishment he said, “Planting the trees, because the fruits are not enjoyed by the planter, but by those to come in the future. And these trees will outlive most of us.”

Madhava Gosh had a 10 year plan to plant 1,000 fruit and nut trees in the New Vrindaban dhama area, as part of the program for sustaining the Deities and devotees in the future, to provide perineal “crops” to produce food, year after year after year. Madhava Gosh planted with an assistant well over 350 trees since 2010. 150 trees were planted by householders living in New Vrindaban who took take care for the trees. There are plans to resume this project in 2017.

Back in May 2006, Madhava Gosh had a liver transplant, due to his organ failing. His son Marken donated half of his own liver to sustain his father. Madhava Gosh did lots of service with his son’s gift and the “extra’ time.

The past two years Madhava Gosh has been struggling with post-transplant liver degeneration and other side effects. Both his kidneys failed and he had been on dialysis 3 times a week for over a year. With all the physical complications he was dealing with, he became weaker and weaker. He also came to understand that his lungs were already beginning to slowly deteriorate and filling with liquid.

Understanding that he was slowly dying and not wanting to be a burden on those caring for him,
Madhava Gosh chose to go off dialysis on December 24th, 2015.

The week before his departure, Madhava Gosh’s daughter, Vraja, looked after his physical care. Many community members as well as some local neighbors visited Madhava Gosh. Devotees came and shared old pastimes and laughed with Madhava Gosh and expressed their hearts. They played instruments and sang and read Krishna book to Madhava Gosh. Srila Prabhupada’s singing was played non-stop for the last week.

Then on January 2nd, it seemed as if Krsna took direct control of all the events that followed, as everything seemed to be perfectly coordinated. The sun shined through the window. Three devotees, including Vraja, sat peacefully chanting by Gosh’s bedside while a recording of Srila Prabhupada and the Hare Krsna Temple album played in the background. That morning the samsara prayers were sung and then the Govindam prayers and some of the Brahma Samhita. Srila Prabhupada’s garland had been placed at Madhava Gosh’s head.

His daughter swabbed fresh Tulasi leaves from Sri Sri Radha Vrindavan Chandra’s lotus feet, sprinkled in the Ganges water into Madhava Gosh’s mouth. Madhava Gosh, who had not moved for 24 hours, suddenly lurched his right arm forward, and his right hand, which was inside his japa bag, grabbed his japa beads tightly. Gosh had a tear in his eye, took a labored breath. His daughter Vraja said, “It is OK, you can leave” and his next breath was his last. He left his body at 11:23 am, January 2, 2016. Srila Prabhupada’s garland was moved to encircle his face and neck. Shortly after his glorious passing, Srila Prabhupada was singing the Nrisimhadeva prayers of protection in the background.

Those wishing to do something in honor of Madhava Gosh could plant a fruit, nut or flowering tree or contact ECO-Vrindaban at www.facebook/ECOVrindaban, which specifically funds the projects for the cows and garden care at New Vrindaban.

The community members are grateful that Madhava Gosh generously gave his time and energy to develop, maintain and preserve this New Vrindaban project. “Thank you Madhava Gosh Prabhu, your spirit will live on through the fruits of your work lifelong service contributions.”

Young Professional Serves Up Gita Wisdom. “We have this focus...
Cooking Chapatis for Srila Prabhupada. Harikesa das: I had been...

The Passing of Hari Kirtan Das aka Harish Das