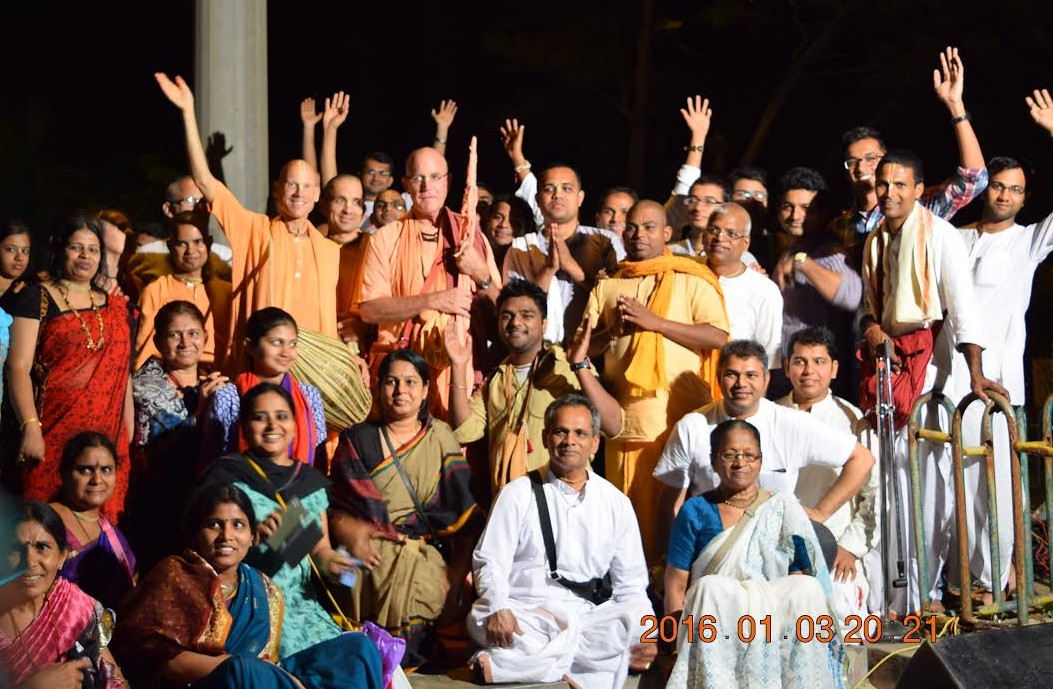 “He reasons ill who tells that Vaishnavas die,When thou art living still in sound!
The Vaishnavas die to live, and living tryTo spread the holy name around!”

All Glories to Srila Prabhupada

Srila Prabhupäda’s vision for spreading the Sankirtana Mission of Sri Caitanya Mahäprabhu encompassed four principles, or four waves, which he coined as the four-fold Gandhi movements in his 1949 letter to the Honorable Sardar Dr. Vallavbhajee Patel, the Deputy Prime Minister to the Government of India in New Delhi. If one closely looks at how Srila Prabhupäda developed his International Society for Krishna Consciousness (ISKCON) established ten years later in 1966, these same four principles were introduced during the following eleven years of Srila Prabhupäda’s physical presence. (excerpts from book Make Vrindavan villages by HH RP Bhakti Raghav Swami). https://www.youtube.com/watch?v=lJjIQb5jrtk

1. Sankirtana Movement : Introduced by Sri Chaitanya Mahaprabhu In the form of Congregational chanting of Hare Krishna Mahamantra and distribution of spiritual literature.

2. Temple Worship Movement: By making temples all around the world and worshipping Lord Krishna with transcendental love and devotion in deity form.

3. Spiritual Initiation Movement: This includes formal initiation of devotees in the chain of disciplic succession.

To commemorate this great event and following on the lines of Sankirtana movement, ISKCON Mangalore celebrated ISKCON’S Golden Jubilee festival in 2 broad realms:

Finally the president of ISKCON Mangalore, HG Sriram prabhu gave vote of thanks to all the devotee for their incredible service in making this program a great success.

“Spirituality and Worldly Success – Shall the Twain Ever Meet”