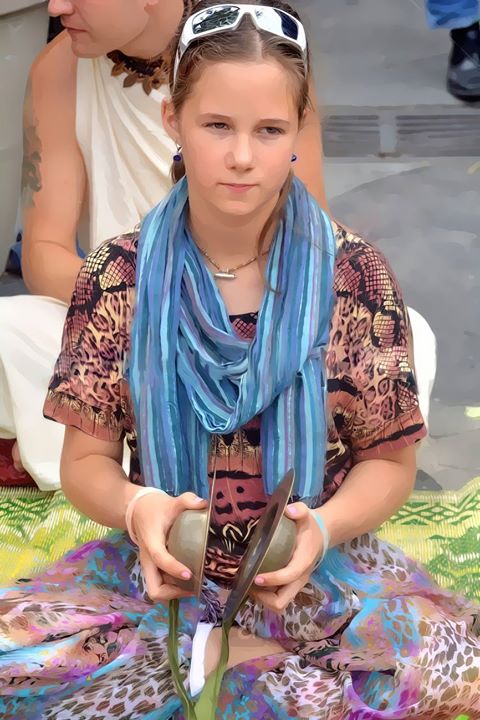 Becoming One!
“Friday, 7 April 1972 - Melbourne Temple, 14 Burnett Street, St. Kilda
Although Prabhupada took it as his primary business to work solidly on his writing, he was generally always available to talk to guests. But whenever someone would come to see him, he wouldn’t waste time - he talked philosophy and logic. He constantly argued against atheism and impersonalism and, to prove the existence of God and the universality of Krsna consciousness, he often spoke strongly.
Later in the morning, he was visited by a group of followers of the Maharishi Mahesh Yogi. The spokesperson of the group, the manager of a well-known Melbourne vegetarian restaurant, seemed preoccupied with the concept of merging into the Absolute.
With impeccable logic, Srila Prabhupada patiently explained that the concept of merging was not only unappealing, but also particularly impractical.
"You are all individuals. Every one of us is individual. So how [can] you conceive of merging? Suppose, just like we are here - one, two, three, four, five, six, seven, eight. How we can merge? You just study philosophy. We are here, eight persons. How we can merge into one? Have you got any idea how we can merge? These eight persons, how we can merge into one?”
“To realise ourselves.”
“Well, if suppose you have realised, now, how to merge?”
“In realisation, there is that. In realisation there is merging.”
Prabhupada shook his head. He held up his right hand, his fingers extended. “Now, there are five fingers, one, two, three, four, five. How they can merge into one?”
“By realising this.”
Prabhupada patiently repeated his example. “No. These are five fingers - one, two, three, four, five. So these … there are different, five fingers. How they can merge into one? What is the process?”
“The name of the process?”
“No. Name or not name, how these five fingers can become merged into one? Tell me.”
Prabhupada answered his own question. He reached down and touched the microphone that was sitting on his desk. “Just like here is a thing. All the five fingers capture it.” He picked up the microphone with his fingers. “It becomes one. Although they are five - one, two, three, four, five - they are one.”
“Becomes one?”
“Yes. If the interest is one - to capture this - then it is one.”
Srila Prabhupada replaced the microphone on the table. “That means you cannot lose your individuality. But if your interest is one, then you merge into. Do you understand? Just like you are all Australian. How do you merge into the Australian conception? Because as Australian, you have one interest. So individuality cannot be killed. That is not possible. You are all individual. But when you make your interest one, then you merge into that thing.
"Your personality is different from his. His personality is different from him. He is different from you. But because you have got one interest, therefore you [are] one. Just like us. We are so many individuals. But our interest is Krsna. Therefore we are one.” “
From "The Great Transcendental Adventure” by Kurma dasa