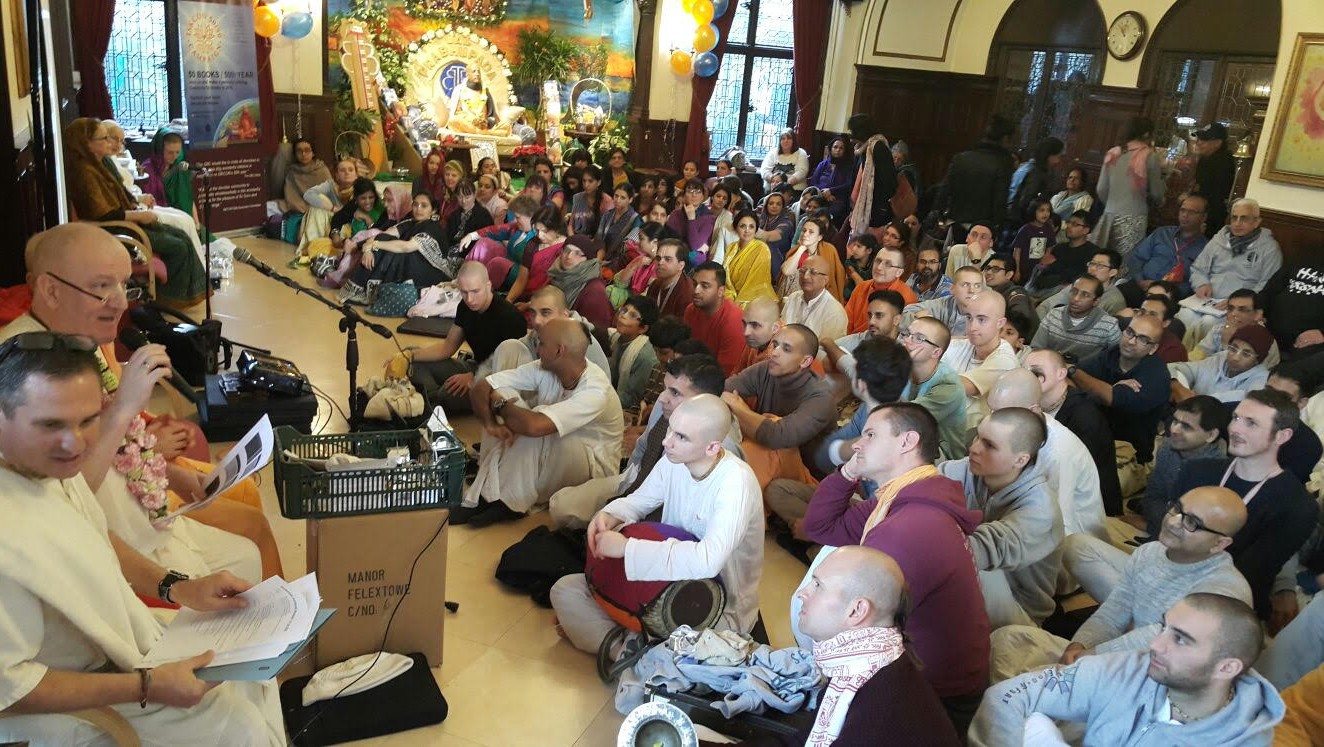 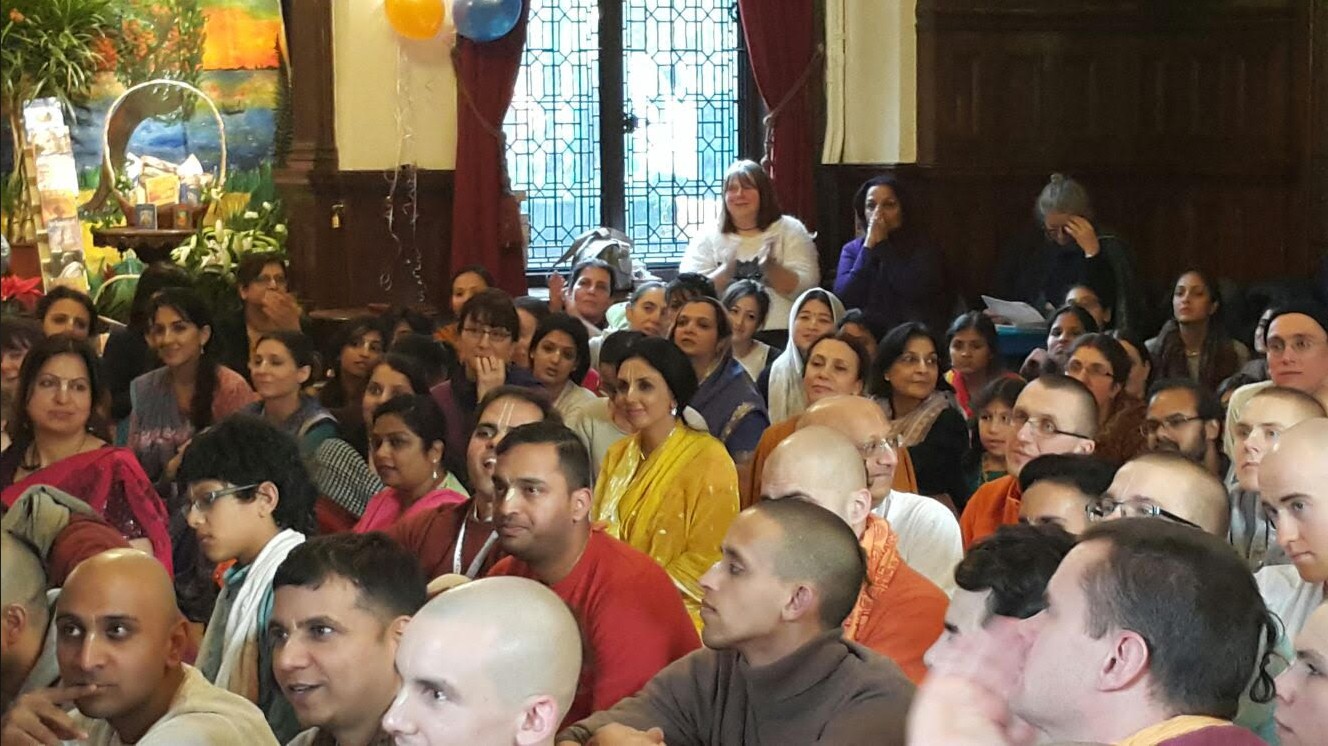 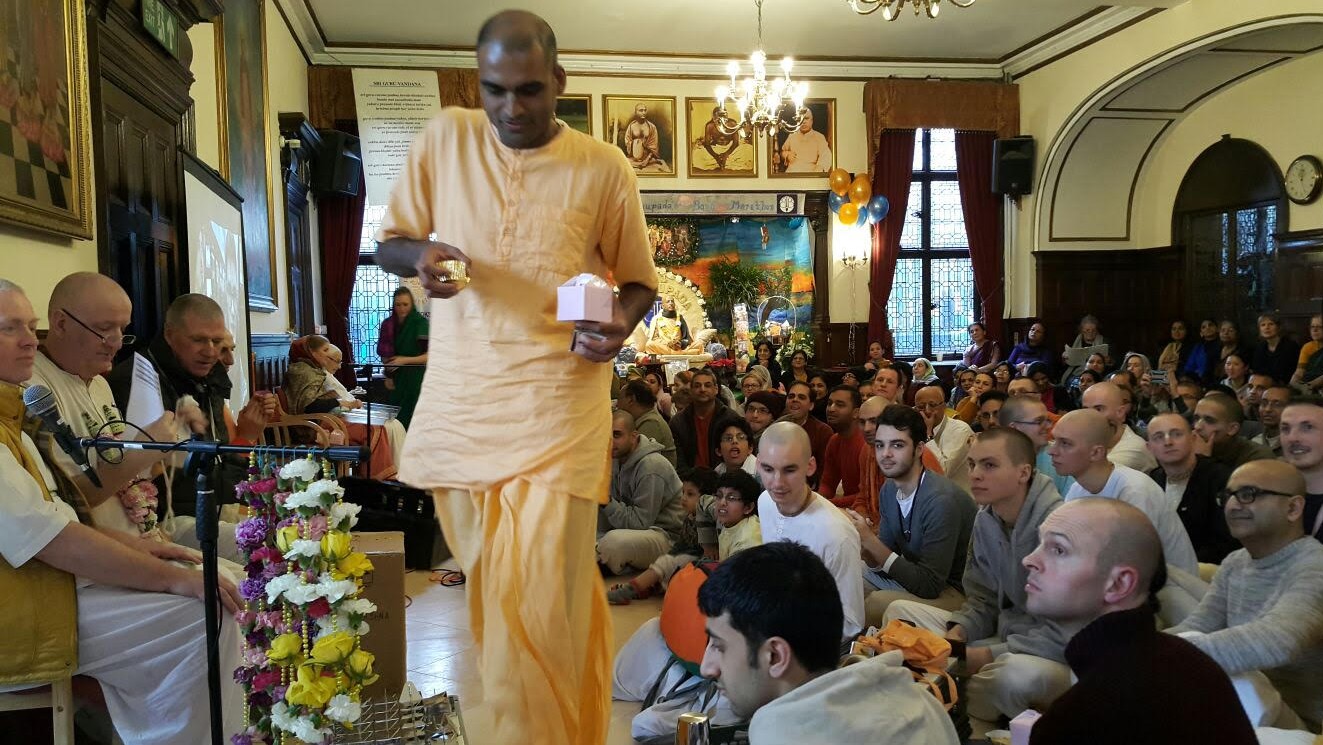 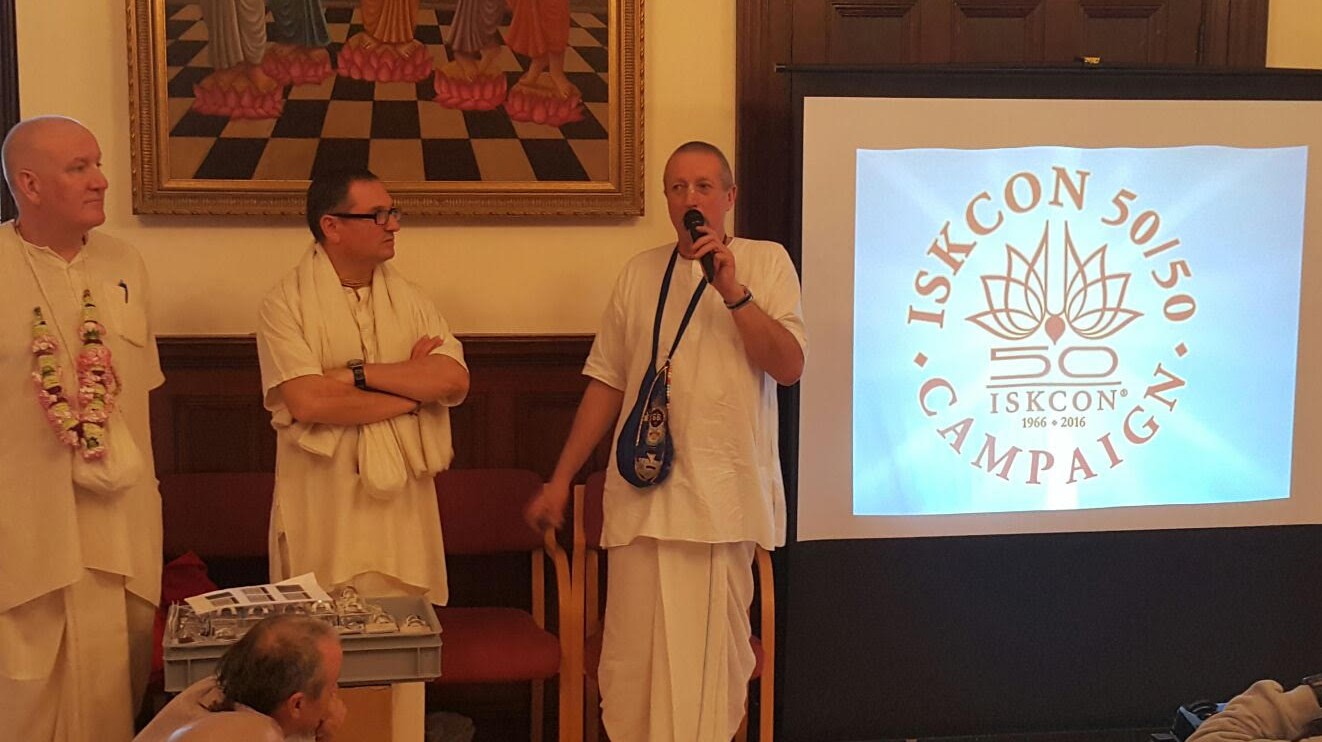 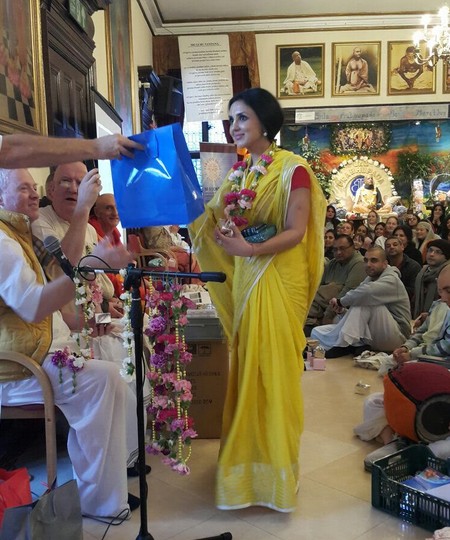 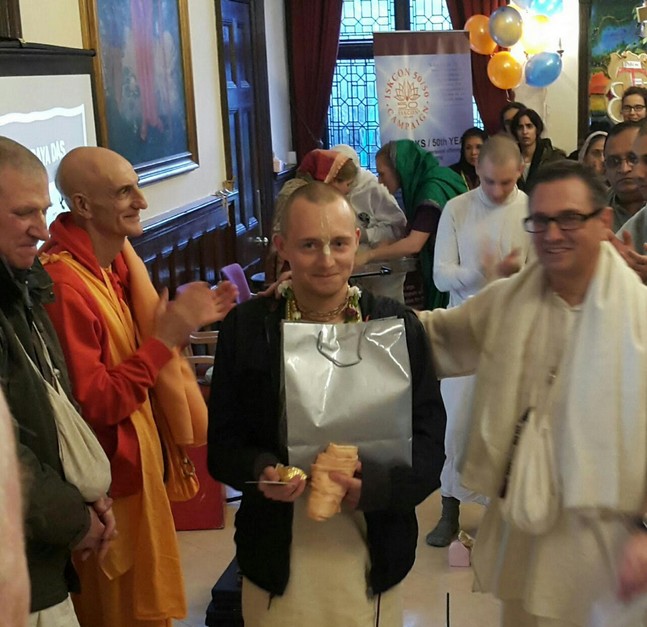 Devotees from temples across the UK congregated at Bhaktivedanta Manor on Saturday 9th January to celebrate the success of the Srila Prabhupada Book Distribution Marathon, which ran for a month from 21st November to 25th December 2015.

Known as the Sankirtan festival, the event was the culmination of the hard work put in by the UK temples, in sharing Krishna Consciousness in the form of Srila Prabhupada’s books with new audiences.

Led by Visvambhara Prabhu, a long term advocate of book distribution, devotees celebrated the numbers of books that various individuals, groups and whole temples had distributed and the donations that had been collected. Those who were within the top 50 for distributing most books were given a small token of appreciation from senior devotees HH Dayanand Maharaj, Kripamoya Prabhu, Dhananjaya Prabhu and Praghosa Prabhu to celebrate their success and hard work, as well as to encourage others to partake in the next marathon at the end of this year.

Despite being one of the eldest devotees present, HH Dayanand Maharaj continues to distribute books today, having started in 1984. As he explained; “Book distribution is the best service. It is most enlivening.”

This was a sentiment echoed by Guru Shakti Devi Dasi, who was the highest book distributor amongst the ladies: “It is the most beautiful, amazing life experience. People were so respectful, accepting and receptive” she said. She also thanked Visvambhara Prabhu for his support and for inspiring her in this service.

Amongst the men and overall, Gopal Raya Prabhu from ISKCON Wales distributed the most books, achieving the total of 3,234 books. Bhaktivedanta Manor had distributed the highest number of books: a grand total of 131,226 books and 67 sets of books, surpassing their target of 100,000. Led by Sutapa Prabhu, this doubled the previous years book distribution effort.

Sutapa Prabhu said, “The year was a success because of how unique it was. We’ve had 300-350 devotees going out to distribute – double the number we had last year. A tremendous buzz and inspiration was created.”

As Sruti Dharma Prabhu explained, “The leadership provided by Sutapa Prabhu and team was outstanding this year. They inspired the hearts, minds and confidence of an entire community and thus we managed to achieve our highest score since 1990.”

Visvambhara Prabhu and Titiksu Prabhu also took the opportunity to officially launch the 50/50 campaign, an initiative launched as part of ISKCON’s 50th anniversary celebrations this year. The campaign encourages devotees to distribute one book a week, thereby distributing over 50 books over the course of the year.

For more information about the 50/50 campaign. please visit: http://iskconbookdistribution.com/the-5050-campaign-for-iskcons-fiftieth-year/

The unlimited kindness of Krsna