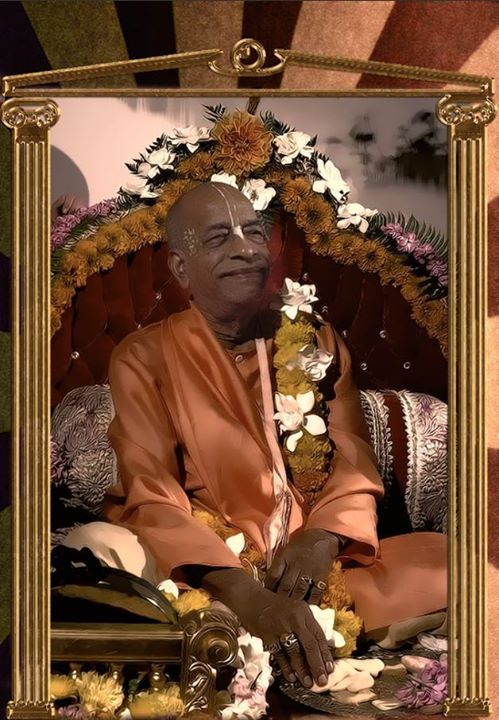 January 24. ISKCON 50 – S.Prabhupada Daily Meditations.
Satsvarupa dasa Goswami: Prabhupada’s Expressions. It is possible to simultaneously cherish Prabhupada idioms while avoiding some of them in our lecturing and speaking. Some expressions were used by Prabhupada in a particular way, but are grammatically incorrect or archaic. Yet some devotees may see any criticism of ISKCON jargon as insulting to Srila Prabhupada when it is done in a cold-hearted way, without understanding the attachment we have for His Divine Grace and the way he speaks.
The solution to such perceived language misuse is not to eliminate strong teachings of surrender; neither will eliminating the strong preaching spirit help. We have to be sensitive and non-hypocritical. We should be “context sensitive,” speaking with awareness of time, place and persons. On the other hand, if we use ISKCON-speak in a way that is insensitive or unthinking, we may become offensive to our fellow devotees. Hackneyed speech can become a hackneyed way of thinking. We then fall into a habit of speaking without expressing our feelings or realization. We speak “the party line.” If I try to manipulate a fellow devotee by speaking officialese, it is offensive to the devotee and to the philosophy which I claim to represent. Devotees are repelled when they hear another devotee rattle off words which demand obedience and surrender to the highest ideal, although the speaker of those words is himself not following them. “Don’t be on the mental plain, prabhu. Prabhupada wants us to cooperate. Therefore, you should do what I say.”
To read the entire article click here: http://www.dandavats.com/?p=20490&page=4

Harinama in Hollywood, Venice Beach and more (Album with…