The Secret Behind “The Secret” 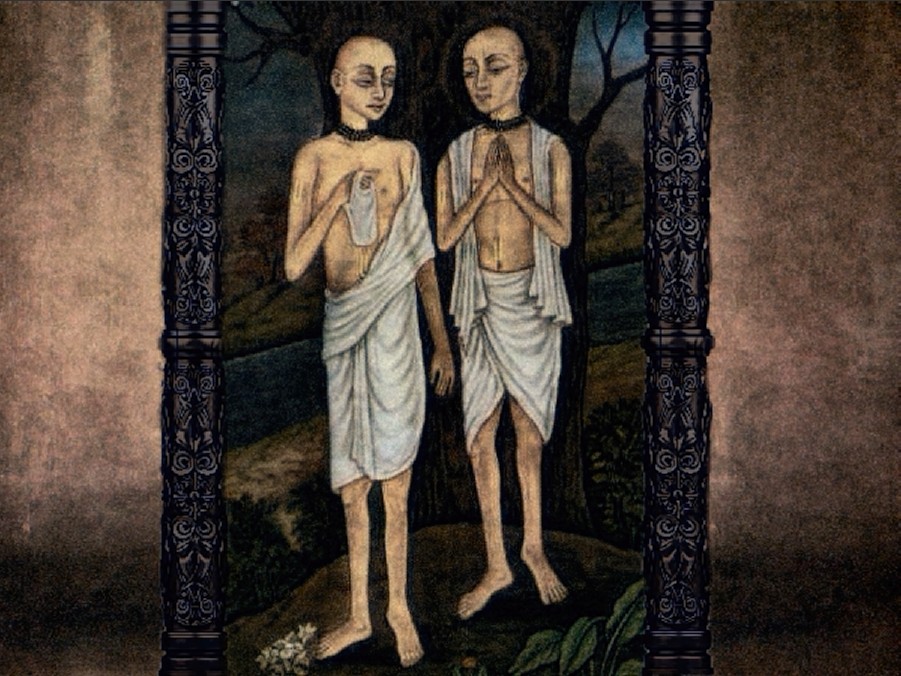 Discover Krishna’s law of attraction, the real power behind the latest rage in the self-improvement marketplace.

The Secret, a book and DVD by Rhonda Byrne, is getting a lot of attention as sales soar. The author claims that if we apply the principles she lays out, we can achieve whatever we desire. People from all walks of life are excitedly latching on to her ideas.

In the beginning of the DVD, ancient-looking texts in a medieval ambiance invite us to discover secret knowledge. Flickering touchlights and pulsating music prelude the disclosure of the secret to getting that new BMW. Byrne then tells us about the universal law of attraction, or “like attracts like.” By understanding this law and using it to our advantage, we can obtain whatever we want. Although a host of predecessor authors have been saying the same thing for the past two centuries, Byrne’s savvy marketing strategies have put old wine in a new bottle. She’s cashing in on people’s yearning to find a process that will lead them to perfect happiness.

To illustrate the law of attraction, scenes from the DVD include a young woman longingly looking at an expensive necklace through a jewelry store window. In the next scene her efforts are rewarded as her boyfriend garlands her with the same necklace that captivated her senses. In another scene, a young man sits in his living-room chair vividly imagining himself driving the car of his dreams. Predictably, in the following scene a BMW sits parked in his driveway.

The next scene shows the flipside to the law of attraction. A young man chains his bicycle to a pole. Noticeably anxious about the safety of his bike, he walks away to his destination. When he returns, his bike is gone.

Following these opening fictitious scenes are real-life testimonials from successful people verifying the validity of the law of attraction in their own lives. Jack Canfield, the author of a number of best-selling books, relates how he attracted into his life an abundance of money and success when he started to focus on what he wanted. An entrepreneur shares his story of cutting out a picture of his dream house from a magazine and putting it on his “vision board.” Five years later when he is moving into his new house, his son asks what is inside a particular box. The entrepreneur opens it to reveal his vision board. Tears well up in his eyes as he looks at the board and sees that he is moving into the same house he had cut out of the magazine five years earlier.

When his young son asks why he is crying, he replies that he has finally understood the law the attraction: ask-believe-receive. These seductive scenes suggest that by our desires alone we can get everything we want. The universe is our perpetual order supplier, and all we have to do is focus on what we want and avoid thinking about what we don’t want. When asked why this law doesn’t work for everyone, one of the film’s pundits answers that people give up too early. They might be on the brink of obtaining their goal, but they stop.

In the ancient Vedic literature we find a much more comprehensive answer to why some people achieve their desires and others don’t. Everyone in the material field of activities is acting according to the reactions of their past deeds. As you sow, so you shall reap. What The Secret fails to acknowledge or understand is our accountability as souls for things we have done not only in this life but in our past lives as well. The universal law of karma dictates that everything we do has a reaction, which may be good or bad, depending on the quality of the act. Good deeds yield good results such as fame and fortune. Bad deeds produce unwanted material situations such as poverty, infamy, and disease.

Successful people, Oprah Winfrey, for example, endorse The Secret by saying that they have used the law of attraction most of their lives. But according to the Vedic view, they’re merely drawing from a bank account of previous good deeds. Without remembering their past lives, such people think that all they have to do is desire and their wish will be fulfilled. So naturally they conclude that others should be able to get the same result by changing how they think.

But can people choose to change the way they think? To some extent, yes. Our past actions influence our current thoughts, but our freely chosen responses to our present situation—including our present thoughts and attitudes—reformat our thoughts, and our thoughts influence our future. Although people may be inclined toward negative thoughts, hearing something like The Secret might inspire them to change the way they think. Our thoughts define our character and influence how we move in this world. Ultimately, at the time of death our thoughts carry us to our next destination—that’s how important and powerful they are.

Since we can change the way we think, we should start thinking and desiring spiritually, for permanent results. The Secret emphasizes using the law of attraction for material acquisition, good health, and maybe some altruism. The more mature perspective is to see that the real purpose of the law attraction, like all of God’s laws, is to dispel our material consciousness and revive our original spiritual nature. This means using our thoughts and desires to become free of material thoughts and desires. That may sound unattractive to the entrepreneur who wants a $20 million house, or the musician looking for her latest CD to hit the top of the charts. But becoming free of material desire doesn’t mean giving up desire; it means desire things for our and others’ eternal benefit.

As aspiring devotees of the Lord, we can use the law of attraction to serve Krishna in this world by desiring to transform both our consciousness and that of others. Srila Prabhupada exemplified how Krishna’s law of attraction works in the material realm for spiritual attainment. Although he landed in New York City with no money or help, one acquaintance in New York recalled, “He seemed to know that he would have temples filled up with devotees. He would look out and say, ‘I am not a poor man. I am rich. There are temples and books. They are existing, they are there, but the time is separating us from them.’”

When walking in the city, he would look at the big buildings and imagine that some day they could be used in Krishna consciousness. Prabhupada was a pure devotee completely free of karma; he was under the direct protection of the Lord. Because his desires were one with Krishna’s desires, within a short time of starting his ISKCON society he had many temples filled with devotees and many books being distributed all over the world.

Why Doesn’t Krishna Fulfill All Desires?

Every desire is a kind of prayer, because Krishna is in our heart, listening. Out of love for us He has expanded Himself into the hearts of all living beings. He fulfills our desires throughout our stay in the material world.

But Krishna doesn’t give us whatever we want, because His goal is to guide us back to our eternal home. Srimad-Bhagavatam tells us that whether we are full of desires or have no desires, we should approach Krishna. And, for aspiring devotees at least, if our desires will help us to advance spiritually, then Krishna will gladly fulfill them. But He won’t fulfill our desires if the result will hinder our spiritual progress. Rather, He’ll help us give up harmful desires by giving us a taste of spiritual truth.

Aspiring transcendentalists receive direct help from the Lord, and whatever happens is for their highest good, as illustrated in the following story.

Sanatana Goswami, a prominent disciple of Chaitanya Mahaprabhu, lived under a tree as a renunciant. Once, a poor brahmana heard that Sanatana possessed a stone that could turn anything it touched into gold. The brahmana eagerly went to ask Sanatana for the stone. Without the least hesitancy Sanatana told the brahmana he could have the stone; it was in a rubbish heap nearby. The elated brahmana found the stone but, being intelligent, began to consider the situation. Why would Sanatana discard something so valuable unless he had something better? When he asked Sanatana about it, Sanatana said that he would give him the most valuable thing but first the brahmana would have to throw the magical stone into the river. To discard the stone was a test for the brahmana, but after some deliberation he complied with Sanatana’s condition, and Sanatana gave him the Hare Krishna mantra.

The effects of chanting this mantra are unlimited; one achieves so much more than a necklace or BMW. Serious chanting of Hare Krishna brings freedom from all material suffering—no more birth, death, disease, or old age. And it gives realization of our eternal spiritual identity, full of unlimited joy and knowledge. People who understand their real spiritual nature and relationship with Lord become completely satisfied. Their only desire is service to the Lord.

Desires fulfilled in this material plane of existence are temporary—here today and gone tomorrow. Material acquisitions generally fuel our desire for more things rather than bringing a sense of happiness and fulfillment. The brahmana made an intelligent decision and became the benefactor of the complete secret.

The Best Secret of All

In the Ninth Chapter of the Bhagavad-gita, Lord Krishna reveals to Arjuna—and ultimately to anyone fortunate enough to read His words—the most secret of all secrets. The essence of this chapter is in the final verse, where the Lord gives Arjuna four confidential instructions: always think of Him, become His devotee, worship Him, and bow down before Him. These four practices attract Krishna. He has designed all of nature’s laws to help us souls find our way back to our eternal home. When we use the law of attraction for material purposes, it keeps us in the material realm of repeated birth and death. When we use the law to be absorbed in thoughts of Krishna, then surely we will go to Him. The great devotee Queen Kunti applies the law of attraction in an ideal way when she offers this prayer to Krishna: “O Lord of Madhu, as the Ganges forever flows to the sea without hindrance, let my attraction be constantly drawn unto You without being diverted to anyone else.” (Srimad-Bhagavatam 1.18.42)