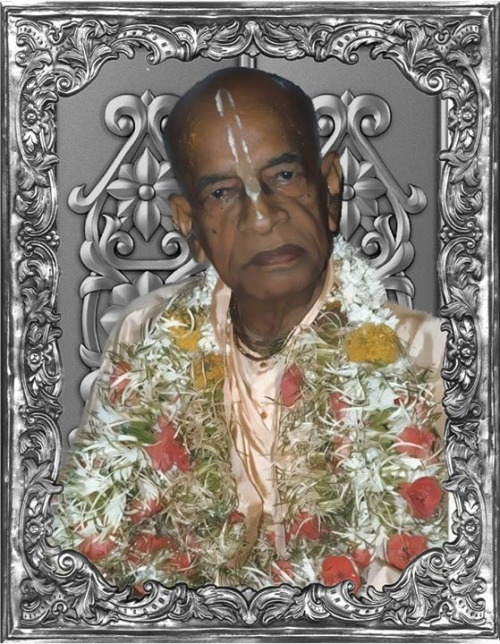 January 29. ISKCON 50 – S.Prabhupada Daily Meditations.
Satsvarupa dasa Goswami: Krishna’s Great Orator. Srila Prabhupada was a dramatic orator, a real communicator. He communicated on Krishna’s behalf as the medium for Krishna’s love to the conditioned souls who had not yet developed their desire to go back to Krishna. His voice was tempered and his points balanced, yet his lectures were powerful. They were quite different from his ordinary speech. His lectures were full of feeling – strong, loud reprimands of the non devotee, and soft, loving expressions of bhakti. His voice rose and fell in sonorous tones. “You cannot understand Krishna with these blunt senses,” he said, and his voice keyed, both to his audience and to his own sense of delivering the message. He spoke from the heart. He spoke to wake us up. Prabhupada lectured mainly from the Bhagavatam and the Bhagavad-gita. He didn’t title his lectures, and they didn’t have a specific subject, other than a commentary on a particular verse he was speaking on. He took advantage of the wealth of material in the Vedic scriptures and taught us to lecture. Prabhupada had to lecture frequently, but he had such a great command of the Vedic scriptures that he was free to speak on a wide variety of topics within the realm of Krishna consciousness. We should try to follow his example.
To read the entire article click here: http://www.dandavats.com/?p=20490&page=4

Do animals have morality?