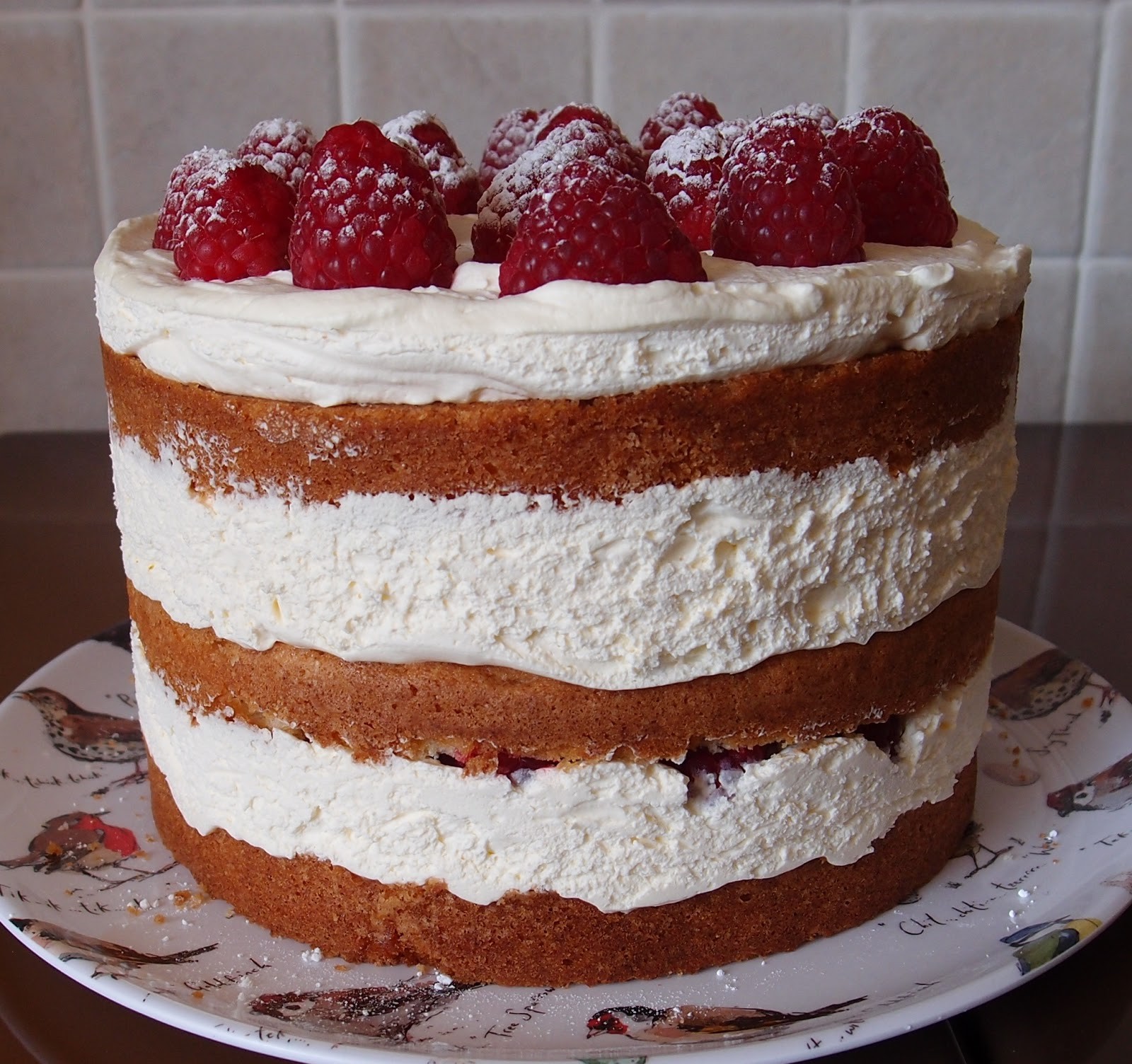 Whenever it is stated that we are all eternal spirit souls, eternal servants of the Supreme Personality of Godhead Jivera ‘svarupa’ haya-krsnera ‘nitya-dasa’ there is rarely, if ever, any confusion, misunderstanding or contention among the devotee community. On the contrary it is a statement that we can all get behind and support. There are of course other statements and subject matters that the devotee community do not so easily see eye to eye on. Such a situation is in many ways quite natural, we even have examples from sastra where previous acaryas had varying opinions on certain subject matters.

Those varying opinions though are never described as being a source of conflict, indeed often they are the opportunity for further glorification of devotees:

This child will be like his grandfather Yudhisthira or Brahma in equanimity of mind. He will be munificent like the lord of the Kailasa Hill, Siva. And he will be the resort of everyone, like the Supreme Personality of Godhead Narayana, who is even the shelter of the goddess of fortune.

If desired the above example could be used to get into a right old ding-dong as to who the grandfather is but as the above shows vaisnavas, rather than taking that option, simply use it as an opportunity to further glorify their fellow devotees. From this example we can understand that rather than apparent contradiction being a vehicle for full scale disagreement, a devotee takes it as an opportunity for further enlightenment and further glorification of their fellow vaisnavas.

There is a saying that goes something like this “S/he could pick a fight in an empty room” Without a doubt the urge to be argumentative is present within all of us and therefore it is important that as devotees we use it only when it is appropriate to do so:

“Of course, those who preach sometimes need to argue with the contentions of opponents, but as much as possible one should avoid an argumentative attitude” SB 7.13.7 purport

So unless there is a need to argue with our opponents contentions according to the above reference we should avoid manifesting such an argumentative attitude.

Srila Prabhupada mentions in another purport the same principle from a different angle:

We should learn from Maharaja Prthu that a Vaisnava, or devotee, must not only be fixed in the service of the Lord, but, if required, must be prepared to argue with the impersonalist Mayavadis with all logic and philosophy and defeat their contention that the Absolute Truth is impersonal.
SB 4.22.62 purport

So arguing per se is not a bad thing if it is directed at the right target such as Mayavadi’s, which is of course very important because once one engages in unnecessary argument, quarrel quickly follows and then there is little chance of any auspicious outcome. Quarrel as we know is a prime quality of kali yuga, indeed the word kali is often translated to mean quarrel.

O learned one, in this iron age of Kali men have but short lives. They are quarrelsome, lazy, misguided, unlucky and, above all, always disturbed. SB 1.1.10 Translation

While discussion is undoubtedly welcome among vaisnavas it must be conducted in the right mood, we cannot allow ourselves to be dictated to by pride and false ego, thus identifying other devotees as our rivals or enemies.

Therefore the question could be raised as to whether there is ever a basis for engaging in contentious argument among devotees? For sure any such discussion of this type would have to be conducted with the proper motivation and based on a genuine need for clarification of the apparent differences of opinion. It is interesting to note that many times when differences are expressed (among our Dandavats commentators) a regular response is that there has been a misunderstanding. Just as much as the challenger should take every care that the challenge is based on a legitimate foundation, equally the challenged should not use the cover of misunderstanding as a defence, unless of course it genuinely is a misunderstanding.

For many reasons misunderstandings are always a likely occurrence and we should allow for them, giving the benefit of the doubt, particularly as our discussions are among devotees. Devotees that have spent so many hours of their lives chanting the holy name. Such persons are very special indeed.

Srila Visvanatha Cakravarti Thakura comments that the chanting of the holy name of the Lord has special significance that distinguishes it from the Vedic ritualistic ceremonies of atonement for severe, more severe or most severe sinful actions. There are twenty types of religious scriptures called dharma-sastras, beginning with the Manu-samhita and parasara-samhita, but herein it is stressed that although one may become free from the reactions of the most sinful activities by following the religious principles of these scriptures, this cannot promote a sinful man to the stage of loving service to the Lord. On the other hand, chanting the holy name of the Lord even once not only frees one immediately from the reactions of the greatest sins, but also raises one to the platform of rendering loving service to the Supreme Personality of Godhead, who is described as uttamasloka because He is famous for His glorious activities. Thus one serves the Lord by remembering His form, His attributes and pastimes. Srila Visvanatha Cakravarti Thakura explains that this is all possible simply by chanting the Lord’s holy name because of the Lord’s omnipotence. What cannot be achieved through the performance of Vedic rituals can be easily achieved through the chanting of the Lord’s holy name. To chant the holy name and dance in ecstasy is so easy and sublime that one can achieve all the benefits of spiritual life simply by following this process. SB 6.2.11 purport

I am sure we all have examples of classic but genuine misunderstandings in our own lives. About 15 years ago one devotee (name withheld :) was mentioning how he had been accepted in some university in London and he would be moving to the UK in the near future to study there. He said it was handy because the college was very close to Bhaktivedanta Manor and he was planning on staying at the Manor and going to college each day from there. I said to him that he might want to check with the Manor first to see if they had the facility for him to stay. I also enquired as to what service he would do while staying there, as attending full time college would not leave him much time for doing any service. His response was hilarious mainly because of his genuine (if extremely naïve) misunderstanding. He said that he did not think it would be a problem if he had no time to do any service because Srila Prabhupada had said many times that “One should take advantage of this movement”!

After managing to bring my laughter under control (which took quite a while) I explained to him that that wasn’t quite what Prabhupada had in mind by ‘taking advantage of this movement’. As soon as he heard my explanation he was quite embarrassed as he could immediately understand his oversight but the fact is it was a genuine misunderstanding and therefore he wasn’t deserving of capital punishment.

As a 6 or 7 year old kid I remember the same kind of thing happening to me. The day after my birthday (where my lasting memory was a three tier sponge cake filled with cream and jam) I was in school and the teacher was discussing sponges under the sea. I couldn’t for the life of me figure out why anyone would want to put a sponge under the sea (my mind still locked onto the vision of a creamy sponge cake), it would just get all soggy and horrible. Anyway I didn’t bother to question this at the time and just put it to the back of my mind. While I wasn’t thinking about this night and day, still it was maybe a year or more later before my doubts were answered. One day I was watching a nature program on TV, and the subject matter being discussed was natural sea sponges, it was then that the penny dropped as to what my teacher was talking about all that time before.

Misunderstandings and contradictions are certainly a fact of life, indeed as often as we hear a fire brigade or ambulance siren piercing our ears or making our heart skip a beat, there is likely to be an abortion being executed or a war being planned somewhere in the world. So as we spend millions rushing to save lives, we are simultaneously wasting millions destroying them.

Hopefully we can avoid the same scenario in our dealings with devotees, namely while we are trying to achieve clarification and further enlightenment on such spiritual matters as to how best to organise society, thus making it more compatible for all to practice spiritual life, we do not destroy our devotional creepers in the process. Such an end would never be justified by the means.