The Illusion of Heavenly Planets 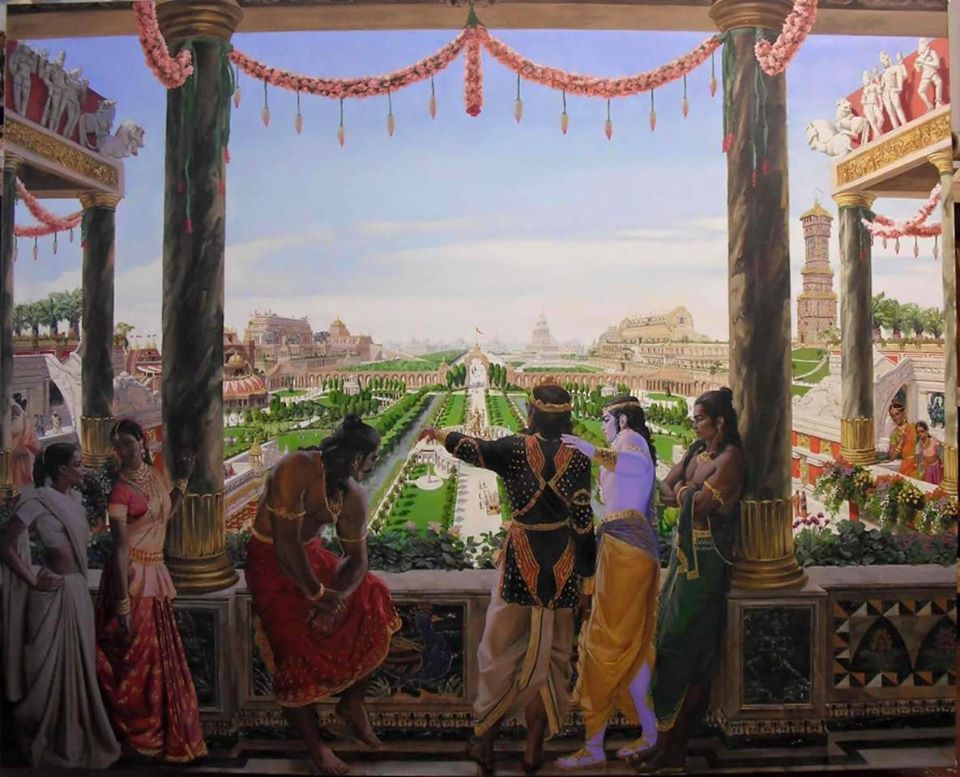 Like many others, I had a misconception that the 7 subterranean planets mentioned in the scriptures are actually hellish planets meant for punishing the sinners. Hell no! (no pun intended)

The seven subterranean planets, i.e. those are below the earthly plane (not to be confused with the earthly globe) known as Atala, Vitala, Sutala, Talātala, Mahātala, Rasātala and Pātāla (SB 5.24.7) are, in fact, more opulent than the Heavenly planets!!! In those subterranean heavens, known as bila-svarga, “there are very beautiful houses, gardens and places of sense enjoyment, which are even more opulent than those in the higher planets because the demons have a very high standard of sensual pleasure, wealth and influence”. (SB 5.24.8). Srimad Bhagvatam keeps describing, “There are many wonderful houses, walls, gates, assembly houses, temples, yards and temple compounds, as well as many hotels serving as residential quarters for foreigners.”(SB 5.24.9) “There are many lakes and reservoirs with clear, transparent water, agitated by jumping fish and decorated with many flowers such as lilies, kuvalayas, kahlāras and blue and red lotuses.”(SB 5.24.10)

And unlike the demigods, whose sense enjoyment is sometimes disturbed, “the residents of these planets enjoy life without disturbances. Thus they are understood to be very attached to illusory happiness.” (SB 5.24.9). Everyone in the material planetary systems, from Swarga Loka to Patal Loka think that they are happy. Even a stool eating hog thinks that he has got a blissful life. What to speak of living entities enjoying such great opulence. But, how big an illusion this momentary happiness is?

“Everything in the subterranean heavens is very nicely arranged. There are well situated residential quarters, there is a pleasing atmosphere, and there are no bodily inconveniences or mental anxieties, but nevertheless those who live there have to take another birth according to karma. Persons whose minds are dull cannot understand this defect of a materialistic civilization aiming at material comforts. One may make his living conditions very pleasing for the senses, but despite all favorable conditions, one must in due course of time meet death. The members of a demoniac civilization endeavor to make their living conditions very comfortable, but they cannot check death.” (Bhaktivedanta Purport SB 5.24.14)

“According to the statements of Prahlāda Mahārāja, material enjoyment is māyā-sukha,illusory enjoyment – māyā-sukhāya bharam udvahato vimūḍhān: these fools (vimūḍhas) are engaged in material happiness, which is surely temporary. Whether in the heavenly planets, the lower planets or the earthly planets, people are engrossed in temporary, material happiness, forgetting that in due course of time they have to change their bodies according to the material laws and suffer the repetition of birth, death, old age and disease. Not caring what will happen in the next birth, gross materialists are simply busy enjoying during the present short span of life” (Bhaktivedanta Purport SB 5.24.8)

“This divine energy of Mine, consisting of the three modes of material nature, is difficult to overcome. But those who have surrendered unto Me can easily cross beyond it.”

The only solution is to Surrender unto the Lord. There is no other formula. “When he [a devotee] is strong in Kṛṣṇa consciousness, māyā cannot touch him. In this way, in the association of Kṛṣṇa conscious devotees, the living entity can get free from the contamination of material existence.” (Bhaktivedanta Purport SB 4.29.29)

Happy Harinama in Moscow (8 min. video)
The Root of Anger

Why is God not humble?

A Question Of Authority