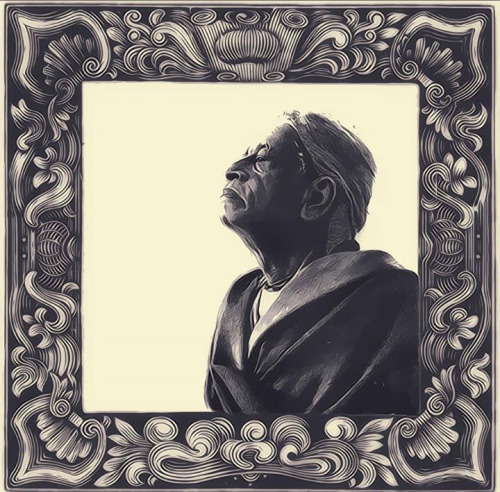 March 11. ISKCON 50 – S.Prabhupada Daily Meditations.
Satsvarupa dasa Goswami: Dependent on Krishna.
He would record every amount received; yet Prabhupada didn’t worry about the money at all. When he moved from one place to another in 1966, he didn’t worry about the rent money, but simply depended on Krishna. American hippies were accustomed to living as mendicants too, but their renunciation was more an act of irresponsibility, and therefore, simply another variety of materialism. Prabhupada was purely renounced in Krishna’s service.
It is an amazing feature of Prabhupada’s surrender and dependence on Krishna that he came to the West completely alone with no material backing. Because the Gaudiya Matha had become divided after his spiritual master left this world, there wasn’t enough solidarity among his godbrothers to fund him from his Guru Maharaj’s institution. If someone pressed him about what religion he was representing, or about who sent him, he couldn’t claim anything other than a philosophical and spiritual connection with the Gaudiya Matha.
Prabhupada didn’t demand his disciples to do what he did – to go alone to a new place without any income – but it inspired us to think that he founded the movement on his complete dependence on Krishna.
To read the entire article click here: http://www.dandavats.com/?p=20490&page=6